Women chant slogans as they gather to protest against sexual harassment in front of the opera house in Cairo, Egypt, in 2014. Reuters

What started as a deleted post on the Facebook page of the American University of Cairo (AUC) in 2018 grew into a wave of national outrage over rape and sexual harassment in Egypt. The post was about Ahmed Bassam Zaki, a powerfully connected former AUC student who was identified as a sexual predator. It took two years for him to be arrested.

Years before the #MeToo movement made waves in the United States, and especially during the time of the 2011 revolution, Egyptian activists and organizations resisted and spoke out against sexual harassment and violence. Zaki’s case was not so much “an awakening” of Egyptian women as a continuation of a struggle. A few women wrote online about their violent encounters with Zaki – and what followed was a movement of survivors speaking out. The post ignited a robust public reckoning with sexual violence.

An Instagram account with the handle @assaultpolice became a platform for people to share their stories. In a matter of days, over 100 people came forward with accounts of rape, sexual assault and harassment. There were even recordings and screenshots of insidious voice notes and texts Zaki had sent to various women.

He moved to Barcelona when accusations against him at the AUC surfaced in 2018. The university did not take any action against him. Zaki comes from a powerful family. His father is the executive director of Fiber Misr, a large telecommunications company that has dealings with the government. Zaki’s power and money allowed him to influence or pay off people, which highlights how systemic inequalities and prejudices keep survivors of sexual violence silent.

Zaki was arrested on 5 July 2020 and remains in detention, but his case also draws attention to the flawed legal system. Convictions in cases involving the rich and powerful are rare. There is little hope for justice in numerous other cases that do not receive the same level of media attention – especially those involving working-class women and marginalized, racialized communities in Egypt.

The limitations of justice

Egypt’s legal system is fraught with structural biases and subjectivities. It generally works against the victim.

Lobna Darwish, a gender rights researcher at the Egyptian Initiative for Personal Rights, explains that the law defines rape only as forced penetration of a vagina by a penis, which does not account for the many ways rape takes place. It also excludes gender dynamics. Other forms of rape fall under indecent assault. Two of the claims against Zaki, for example, are “forced attempts to have sex without consent”. The women say Zaki should be tried for rape, but he will only be charged with indecent assault, which carries a lesser sentence.

To convict someone of rape, the law requires forensic evidence – which is impossible unless the victim lays a charge immediately without having changed clothes or washed. In Zaki’s case, and in any case where the victim comes forward later, gathering forensic evidence is not possible.

Often when a survivor lays charges against a perpetrator, the latter’s family harasses, intimidates and threatens the victim. In the case of Zaki, who comes from a rich and powerful family, it is normal to expect some kind of bribery.

Azza Soliman, a lawyer and president of the Center for Egyptian Women’s Legal Assistance, has received 11 complaints from girls and women between the ages of 13 and 25 who are terrified of Zaki’s family. They have already experienced the difficulty of trying to get the evidence to file charges – including facing corruption at various levels. One survivor whom Zaki raped in a cinema he had booked out went back for the camera footage, but there was none.

The mass public attention this case is garnering means it will be closely scrutinized. National outrage encouraged Parliament to make a rapid amendment to legislation in July to conceal the identities of people who lay charges. This is done in the hope that survivors will feel safe to come forward. Their identities can, however, be requested by the prosecutor and defendants of the case, so the efficacy of this amendment is still to be seen.

Even before cases go to trial, survivors fear the consequences of reporting crimes. This includes the stigma and shame that society places on victims and the unhelpful reactions of law enforcement officers, which perpetuate this stigma. Some survivors have complained that the police are ill-equipped to take statements on sexual violence. If officers aren’t themselves harassing the survivors, they ask questions that imply blame. Some attempt to dissuade women from filing rape charges, arguing it is difficult to prove. Sherif Gamal, a program director at the Center for Egyptian Women’s Legal Assistance, told Mada Masr, an independent Egyptian online newspaper: “They try to dissuade the girls from reporting. They tell them to just say it was a theft, or not to file a rape report because it will affect their reputations. Or they won’t write down all the details the girls give them. If a girl goes to the prosecutor, she’s ridiculed, or the prosecutor will ask for all the details to embarrass her.”

While the state aims to appear to be transforming with regard to issues of gender equality and sexual violence by implementing laws and criminalizing sexual harassment, there is hypocrisy in its use of sexual violence as a tool of repression and punishment against activists, dissenters and protesters, especially women.

The most recent high-profile case involved Sarah Hegazi, a queer woman arrested and detained in Cairo for raising a rainbow flag at a concert of the Lebanese rock band Mashrou’ Leila in 2017. A year after her arrest, Hegazi wrote about her experience of being detained and the sexual violence and abuse she experienced from officers while locked up. Traumatized, Hegazi took her own life earlier this year while living in exile in Canada.

Another woman who recently reported being raped and beaten in custody was Menna Abdel Aziz. She was one of eight women arrested for dance videos on the video app TikTok. They were charged with things like “public indecency” and “infringing the values and principles of Egyptian society”. While some of these women had no official charges laid against them, they were imprisoned immediately. Some are still being held.

Sexual harassment and violence as a tool of the state have been documented since the 2011 Egyptian revolution and what followed. Women were attacked, harassed and violated by state-sponsored men to deter them from protesting in Tahrir Square and elsewhere.

After one specific protest in Tahrir against sexual harassment, protesters were arrested and jailed. The women were subjected to “virginity tests”, which is a form of rape. One woman, Samira Ibrahim, spoke out about what happened, taking the army (the governing body during the transition) to court.

During an interview on CNN, Abdel Fattah el-Sisi, a military general who is currently the president of Egypt, tried to shame the protesters by saying they were “not like your daughter or mine” and explaining that the “virginity tests” were carried out so that the women could not accuse the officers of raping them.

By his logic, if they weren’t virgins they couldn’t be raped, but what he was signalling is that their reputations would discredit their claims. When this is the mentality of the government, it cannot be tasked with delivering justice for survivors.

While those eight women were swiftly arrested for their videos on TikTok, abusers and rapists are hardly ever convicted, and if they are accused, their identities are shielded.

When Amr Warda, a national football player, was named as a sexual harasser during the Africa Cup of Nations in 2019, which took place in Cairo, there were few consequences. Although he was initially expelled from the team, his fellow teammates, including the incredibly popular Mohamed Salah, rallied for him to get a second chance. He returned to the team just 48 hours later. Earlier this year, Warda faced new claims of sexual harassment and was finally banned from the national team in June.

The topic of sex continues to be taboo and sex education is not allowed, so conversations around consent become impossible. In 2017, member of Parliament Mona Moneer submitted a proposal to amend legislation for harsher sexual harassment punishment. She also suggested introducing a sex education initiative that would teach children about boundaries and consent. She was met with a smear campaign and harsh criticism.

As the global police abolition movement grows, it illuminates the distrust in policing and prisons. It forces us to imagine different solutions and societies – ones that will work collectively to prevent violence. Many feminist organizations are hopeful that the online movement precipitated by the Zaki case and long struggled for by women across the country will help lead a charge for much needed transformation.

Change is happening, albeit incrementally, but for survivors of sexual violence it is always a little too late. 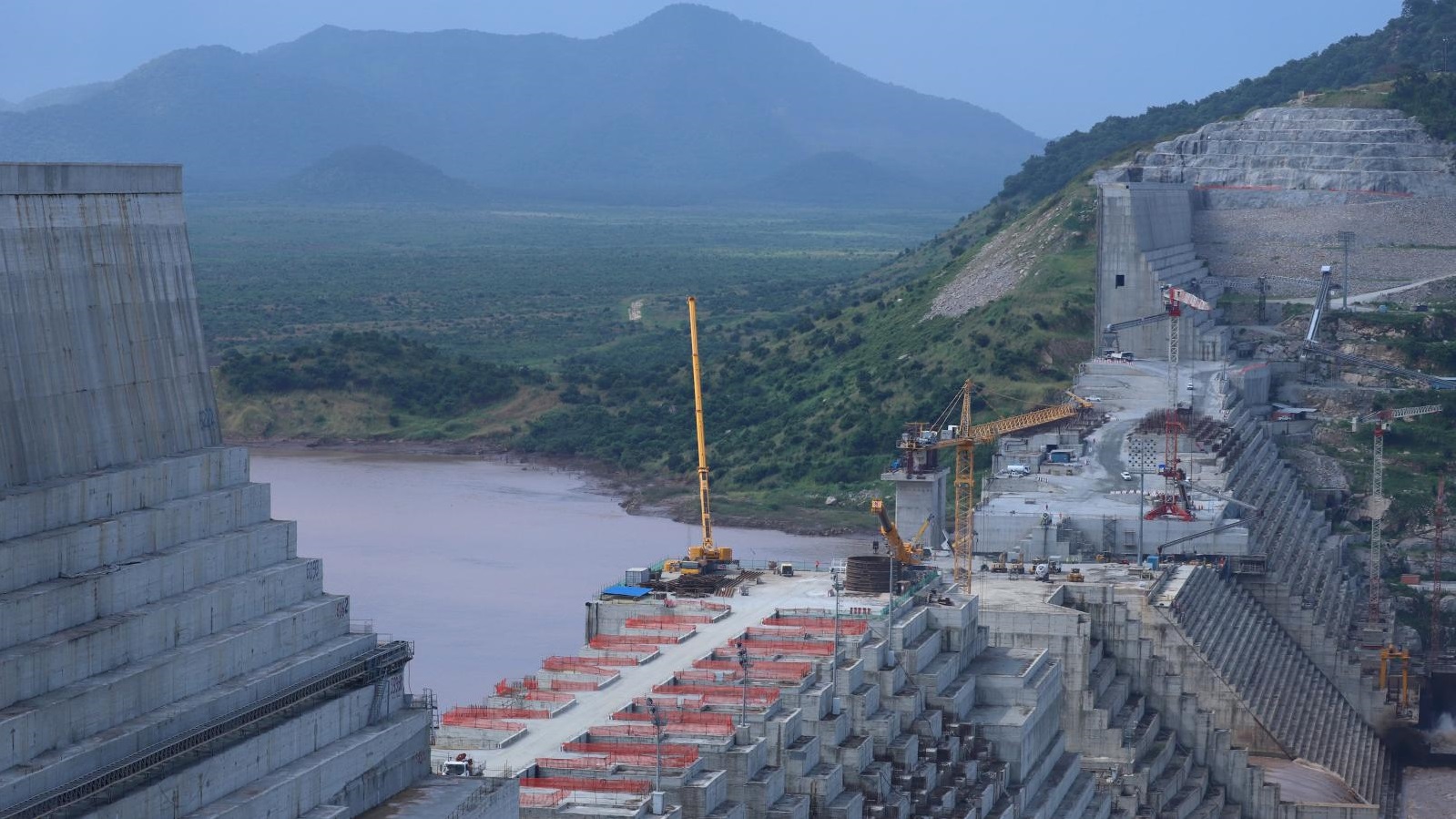