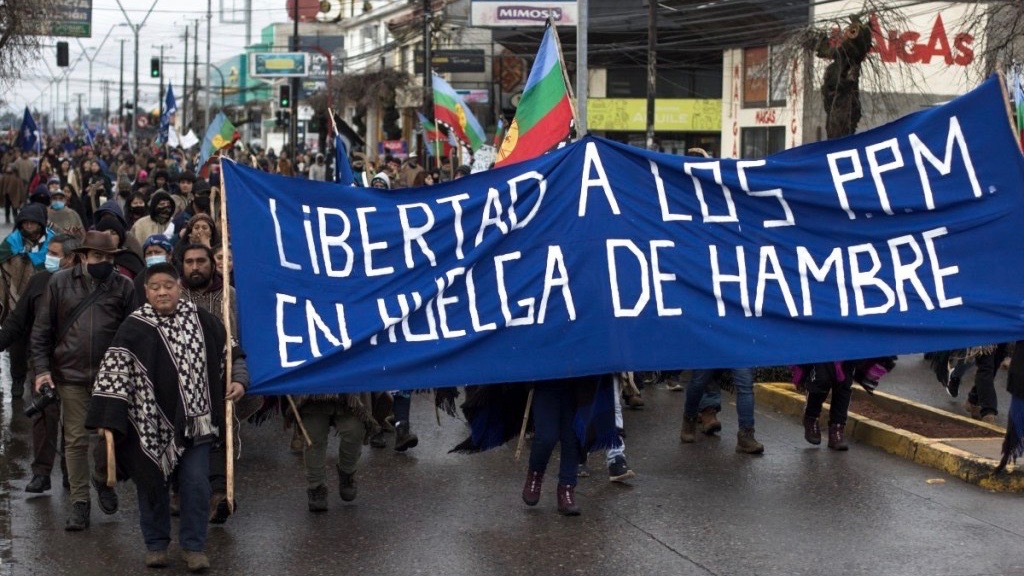 Since July 28, members of the Mapuche Indigenous community have been mobilizing in different parts of the Araucania region to demand the freedom of their imprisoned relatives and friends. Photo: Mapu Express

Meanwhile, the officials of the Carabineros Special Force attacked the family members of the prisoners with tear gas and stormed the camp set up by them next to the prison. The Mapuche community members were demonstrating outside the prison compound against the violence exercised against their relatives inside the prison. Several women were hospitalized after the police repression.

According to the witnesses from the prisons, the Mapuche prisoners were attacked without any provocation, thrown to the ground and beaten in areas where there were no security cameras. According to reports, even the relatives, who were outside the prison on the streets, saw how the detainees were beaten by the police despite their delicate state of health. This violence was seen in several videos that circulated on social networks.

Yesterday, on September 1, the prisoners were transferred from the hospital to the El Manzano prison in the Concepción city, which is under total quarantine due to COVID-19, without any reason.

Mapuche organizations have deemed the transfer illegal and reminded that the Guarantee Court, the Cañete Oral Trial Court and the Concepción Court of Appeals all ruled that the Mapuche political prisoners must serve their preventive detention in the Lebu prison. They denounced that the government seeks to remove the support of their communities from the prisoners and instead of a political dialogue to resolve the hunger strike, it continues to discriminate and use violence against their community members.

The members of Mapuche Indigenous communities have called for the support of national and international human rights organizations to denounce the systematic violence against Mapuche political prisoners.

With the looming threat of a COVID-19 outbreak in Chilean prisons and based on recommendations of international organizations like the UN and the Inter-American Commission on Human Rights (IACHR), the inmates are demanding to serve a part of their prison sentence in house arrest. They demand that the Chilean government comply with the Convention 169 of the ILO, which recognizes Indigenous people and their rights and allows them to do so. In the Lebu prison, at least 10 officials have tested positive for the coronavirus and at least 3 Mapuche prisoners have COVID-19 symptoms.

Since July 28, Mapuche communities have been mobilizing in different parts of the Araucania region in support of their imprisoned family members and friends, demanding their freedom. 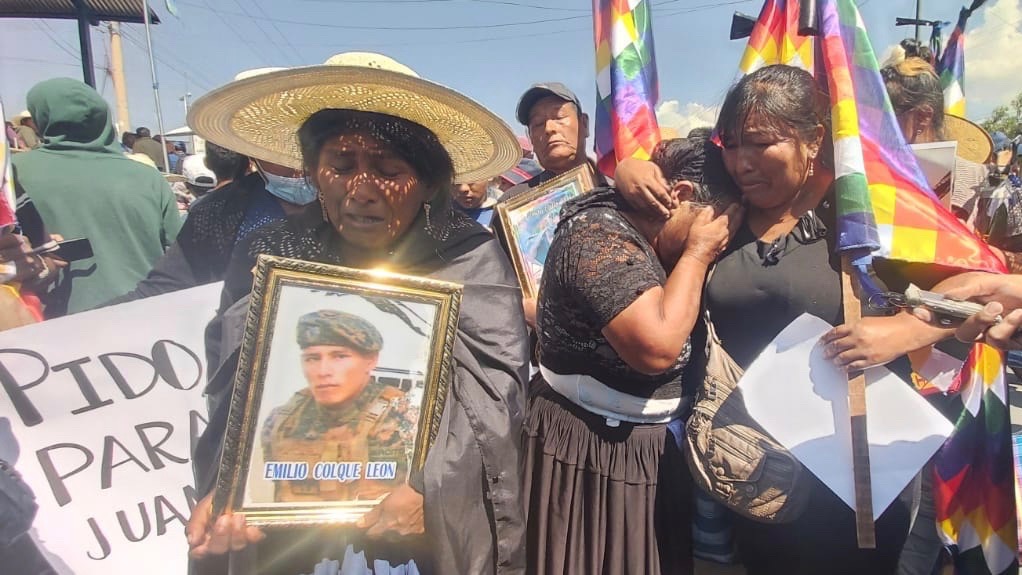