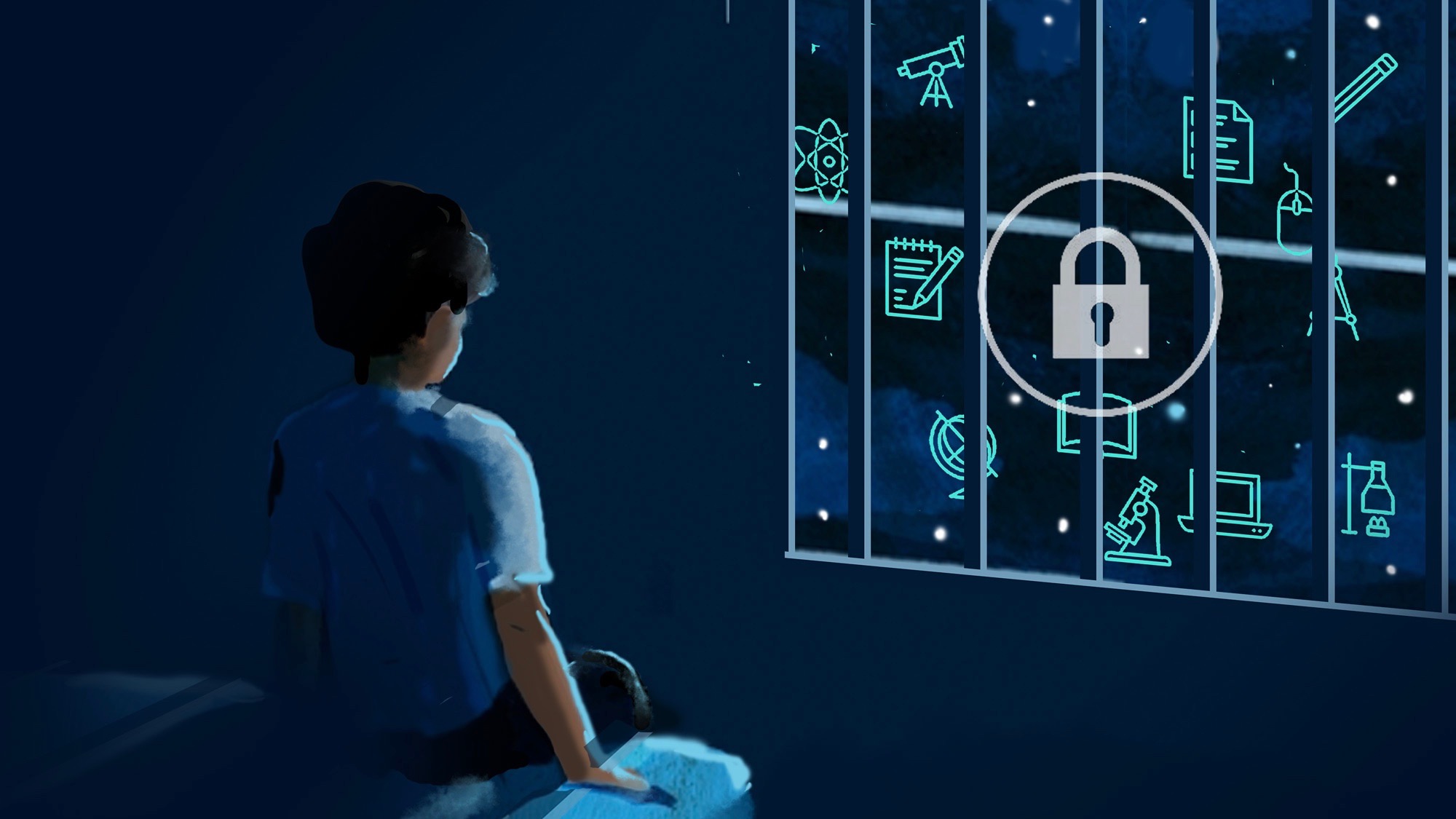 The abrupt move from the classroom to remote, online learning at the outbreak of the coronavirus pandemic interrupted learning for children in low-incomes areas around the world. Those whose families lacked the financial means to afford computers and Wi-Fi internet access were immediately at a disadvantage. And parents, many of whom lacked the skills and capacity to take on the role of a teacher, had to start homeschooling their children at short notice.

The pandemic’s impact on education has been colossal. Unesco reports staggering numbers: “Over 1.5 billion learners in 165 countries are affected by COVID-19 school closures.” And “in Africa, about 297 million learners have been affected,” writes research scientist Moses Ngware. “Never before have we witnessed educational disruption on such a scale,” said Unesco director general Audrey Azoulay.

Despite the challenges of limited internet access, electricity and computers, “countries are keeping learning actively through various remote learning methods such as radio and television programs, in addition to online platforms and social media,” writes Franck Kuwonu for the Africa Renewal website.

Unesco has compiled a list of the various educational platforms being used around the world.

The Central African Republic partnered with Unicef and Radio Ndeke Luka to provide radio-based education programs. “Every day, at 5.05pm Bangui time, numeracy and reading lessons in French and Sango, the national language, are broadcast to support the Ministry of Education’s action for the affected children.” Greece has opted to use television, with its “ATV program at the ERT2 channel aimed primarily at primary school students to continue learning during the health crisis”.

Extreme inequality means vulnerable and disadvantaged children will still bear the brunt of this educational disruption, however, now and in the coming years. Those from impoverished backgrounds have inevitably fallen behind.

This is also the case for children with learning difficulties, whose education is hands-on and tailored to their needs. “Children with disabilities may have underlying health conditions that increase their risk of serious complications from COVID-19. Also, with regular operations of schools and businesses coming to a halt, the inaccessibility to therapy and support for these children may exert effects that are long-lasting and significant. As such, it becomes equally important to take care of their physical as well as mental health,” according to Unesco.

Remote learning and teaching success depends on infrastructure and support, write Damaris Seleina Parsitau and Evelyn Jepkemei with regards to marginalized children in Kenya on the non-profit Brookings Institution’s website.

“For rural children of parents with low literacy levels and limited education resources, this risk of learning loss is heightened. Not only are these parents frustrated at having to homeschool without adequate preparation, but they also cannot reinforce their children’s learning. Intermittent online learning is not effective for students already behind, and radio learning cannot replace classroom learning as it is intended to supplement the knowledge that children already have,” they say.

In South Africa, the digital learning divide has been highly evident. Learners from impoverished areas attend government-funded schools where education is free, but these schools are marked by dilapidated infrastructure, illiteracy, a lack of books, overcrowding, fewer teachers and high dropout rates. The disparities that exist between fee and no-fee schools and private schools in terms of quality of education and access to resources ultimately determines the success or failure of the learner.

Internet connectivity issues, limited data and a lack of resources are the three main barriers to online learning for school children in impoverished areas.

The cost of data in South Africa is also an issue. “South Africa has among the most expensive mobile data in Africa, says a new report, though it is still better off than the US and Canada,” writes Edward-John Bottomley for the Business Insider Africa website.

As education in countries around the world moves to online platforms, the question now is if students are actually learning anything. It is difficult to tell at the moment. And if matric pupils are not adequately prepared to enter institutions of higher learning, the probability of them dropping out of university is high, say Padhma Moodley and Rachael Jesika Singh in their 2015 report, Addressing Student Dropout Rates at South African Universities. “The excitement of a South African university acceptance is shortlived for many students, as the challenges faced are often overwhelming, resulting in many dropping out in their first year of study,” write Moodley and Singh.

The Good Law Project in the United Kingdom has said it will use legal means to make sure children from low-income areas are not left behind. A not-for-profit membership organization, the project protects the interests of the public, in this case access to education for impoverished learners in England.

“The move could lead to courts forcing the government to ensure the provision of adequate internet connections and IT equipment to hundreds of thousands of children from poor or vulnerable backgrounds while the lockdown continues and schools remain closed,” wrote Richard Adams for The Guardian newspaper.

Parsitau and Jepkemei echo Unesco’s concerns about the effects of COVID-19 lockdowns on schoolgirls. “This places girls at especially high risk of health and reproductive crises, including forced female genital mutilation, as well as early marriage, which puts girls at high risk of dropping out when schools reopen,” they say.

The Ebola outbreak in West Africa gave the world a chance to learn from them following the closure of schools. When schools closed to limit infection, girls were more likely to be raped. “While most education interventions aim to improve both wellbeing and learning, it may be that the former needs to take priority in disease-related emergencies,” according to Joe Hallgarten, the principal consultant at the Education Development Trust in the UK.

“That grim story is now playing out,” writes Cassie Werber on the Quartz Africa website. “A study by the United Nations Development Program said that in Sierra Leone, teenage pregnancy increased by 65% due to the socioeconomic condition imposed by Ebola. A survey of 1,100 girls and boys, also in Sierra Leone, by Save the Children in June 2015 found that most girls interviewed thought teenage pregnancy was rising, and 10% said more girls were being forced to sell sex due to loss of family, and with it, financial security. Fear of sexual assault was common, and the children told stories of girls attacked and raped, even in Ebola-quarantined households.”

History is repeating itself. A report titled Under Siege: Impact of COVID-19 on Girls in Africa by the African Child Policy Forum and Plan International Africa says: “With more than 120 million schoolgirls at home in Africa, there have been numerous reports from countries of child abuse and exploitation, including domestic violence and child marriage.”

The report covers girls with disabilities. “The COVID-19 pandemic lockdown measures have left millions of girls with disabilities without access to disability-friendly services, including much-needed specialized face-to-face therapeutic and medical care services and inclusive education services. Most of them are not able to access information on how to protect themselves from the virus, as currently available messages are largely not packaged in disability accessible formats.

The world could have learned from issues arising from the closure of schools during the Ebola outbreak in West Africa, but that pandemic was treated as “their problem” and so the same mistakes are being made during the coronavirus pandemic. Countries are once again failing impoverished and vulnerable children.

A chance to change

The COVID-19 pandemic offers a chance to restructure education in such a way as to be inclusive of the needs of all learners.

Elin Martínez, a senior researcher in the children’s rights division at non-governmental organization Human Rights Watch, paints a bleak picture about access to education even before the outbreak of the coronavirus. “The impact on children and young people’s education has been enormous and is built on existing gaps: one in five children and youth were excluded from schools even before COVID-19 struck.”

Addressing inequality has to be a priority. “While children are not as widely infected by COVID-19, they are disproportionately affected by the socioeconomic impact. There is fear that many children may be deprived of care or be forced to play the role of caregivers to younger siblings when parents or caregivers become infected or die,” says the Under Siege report.

If this chance to restructure education for the benefit of all children is missed, the education crisis will worsen and the disparity between privileged and impoverished pupils become even more noticeable. 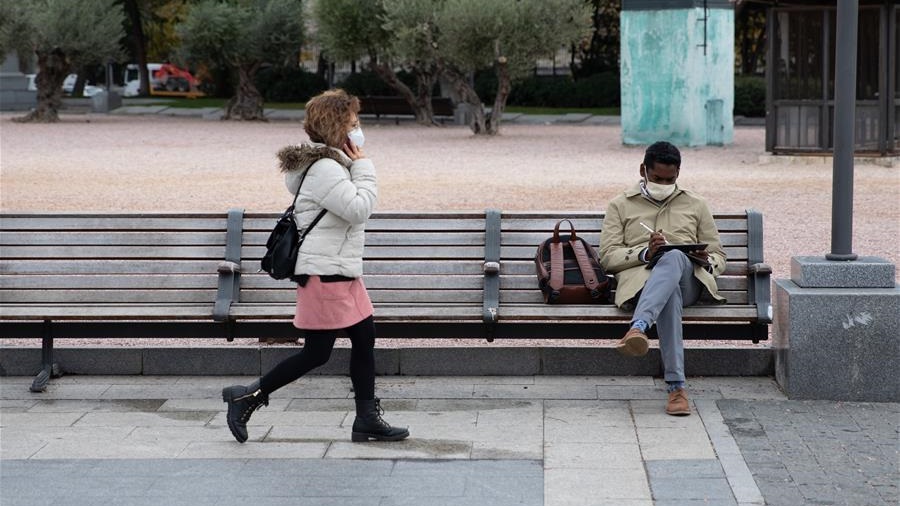