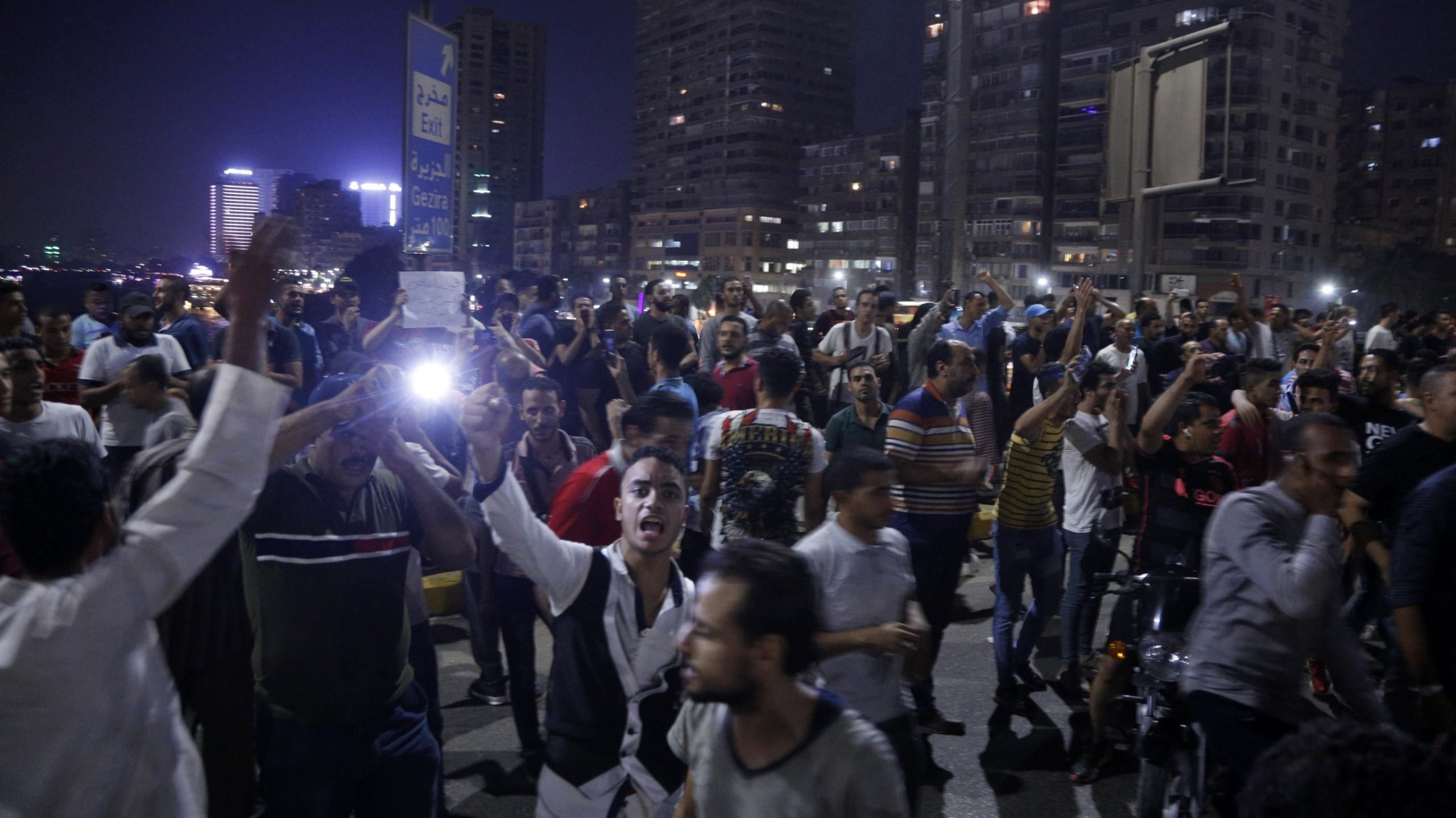 Defying a massive crackdown, hundreds of Egyptians took to the streets in different cities and towns, including Giza and Suez, asking the government of President Abdel Fattah al-Sisi to resign on Sunday, September 20. The protests marked one year of similar protests which were some of the largest in Egypt in years.

Footage is flowing in from across #Egypt of protests taking place. All against the rule of president @AlsisiOfficial

The protesters responded to the call given by Mohammad Ali, a contractor and an actor-turned-whistleblower, who lives in self-imposed exile in Spain. He asked his social media followers to “go out on September 20” to mark the anniversary of last year’s protests. His videos on YouTube alleging corruption in the Sisi government were watched by millions and led to popular demonstrations against the Sisi regime for days in September 2019.

The government crackdown on the protests last year had led to the arrest of thousands of people across the country. The Sisi regime outlawed demonstrations since it came to power in a military coup in 2013, deposing democratically elected Mohamed Morsi. Morsi died in prison in 2019.

Egyptian online news portal Madamasr reported on September 16 that anticipating protests in several places, the authorities had shut down the cafes and arrested hundreds of people including some left intellectuals and activists. Security forces were also deployed at all crucial protest sites several days before the anniversary of last year’s protests. According to Al-Jazeera, the pro-government media in the country launched a massive campaign to denounce the protests as a “part of external conspiracy”.

Abdel Fattah al-Sisi’s regime has also made the strikes called by the workers illegal. Activists and journalists who criticized the government in any form have been languishing in jails for years.

Under #Sisi, authorities in #Egypt expanded the definition of ‘terrorism’ to criminalize peaceful protestors, activists, journalists, critics. Today, many are in jail over unfounded ‘terrorism’ charges in relation to last year’s protests.
Say their name.
Call for their release. pic.twitter.com/VM2Bs9qk5t

The popular anger against Sisi’s regime is rooted in the ongoing economic crisis in the country. People are also angry about the handling of the COVID-19 outbreak in the country. Egypt has recorded over 100,000 cases and registered more than 5,700 deaths. Amidst the pandemic, the government ordered the demolition of thousands of houses calling them illegal.