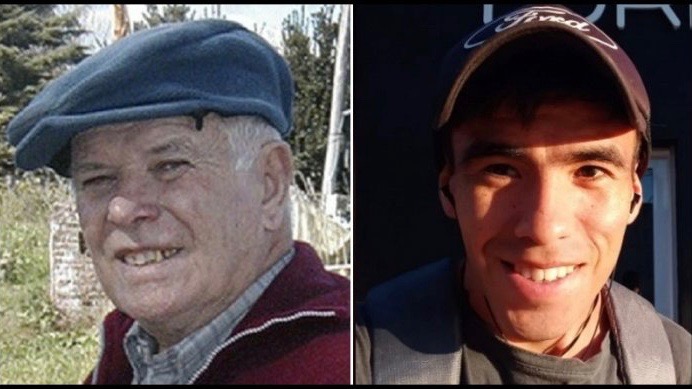 The two of many victims of forced disappearance by Buenos Aires police: Jorge Julio López in September 2006 and Facundo Astudillo Castro in April 2020.

Fourteen years after the second forced disappearance of Jorge Julio López, almost nothing is known about his whereabouts. López was a key witness, whose testimony paved the way for the conviction of the genocidal Miguel Etchecolatz, a former head of the Buenos Aires police during the last military dictatorship, responsible for the kidnapping and murder of hundreds of innocent Argentinians.

Decades after the end of the military government, the only thing that could rebuild justice was López’s testimony. On September 18, 2006, López had to testify once again in the truth trials, but surprisingly he left his house alone, without waiting for his nephew to pick him up from his home located in the Los Hornos neighborhood in the city La Plata, and was never seen again.

Eight years later, in one of the trials where he was convicted again, Etchecolatz left the courtroom with a piece of paper in his hand. A photographer captured the message written in his own handwriting. It read, “kidnap Jorge Julio López.”

Was that just a provocative message, or did Etchecolatz show himself as the intellectual author behind López’s disappearance? Beyond that debate, there is one thing that is clear and it is that in times of democracy a key witness, López, was disappeared and the killings by “trigger happy” cops as well as forced disappearances at the hands of the Buenos Aires police have continued. This gives us a reason to imagine that the structures of the “damned police” inaugurated during the dictatorship are still alive.

The shadow of Etchecolatz

“This is going to be a weird march. The pandemic will not allow us to leave or embrace each other or be together. But with our motivation, we have already managed to organize a virtual march,” said Rubén López, son of Jorge Julio López, in the beginning of an interview with ARG Medios.

Rubén said that his father was “obsessed” with the fact of going to testify in the trials because “he was afraid of not arriving,” at 77 years of age. “He had to tell how they had killed his fellow fighters. Narrate all the suffering. More than an obsession, it was his civic duty,” said his son.

In his first disappearance during the military dictatorship, Julio López witnessed the murder of two of his fellow comrades. From his statement, the justice was able to verify that the clandestine detention and torture centers were also used for “extermination”, when mass graves containing between “eight thousand and ten thousand skeletons” of the victims of state terrorism were discovered. This is why it is said that López’s testimony was “key” and opened a series of convictions for crimes against humanity.

However, impunity in López’s case is repeated everyday with other forced disappearances by the Buenos Aires police. No longer in a context of dictatorship, but under an order of command that was learned from those dark years. The disappearance followed by the death of 22-year-old Facundo Astudillo Castro is just one case that confirms this again.

“Deep down they learned this from those who were genocidal,” said Rubén López. “I don’t know if it can be changed rapidly at any moment, but there should be a consensus in all political parties to make a really democratic police,” he suggested.

Of course, not all political sectors want to reform the security forces. In the recent and alarming mutiny of the Buenos Aires police (in which the security forces surrounded the residence of President Alberto Fernandez and of the Provincial Governor Axel Kicillof), it was identified that some of the leaders of the revolt maintain links with the right-wing PRO party and other far-right forces.

Even so, Buenos Aires police remains an “untouchable” force. In the disappearance of Jorge Julio López, even the-then political authorities publicly suspected the police, such as former president Nestor Kirchner and former governor Felipe Solá. In addition, it is important to note that the Buenos Aires police had been in-charge of his search for two years, until the case became a case of “forced disappearance.”

In this regard, Rubén López said that this problem lies “in a few” police officials, but with “a lot of power”. “They are few, but with power of subordination,” he said, while also commenting on the role of the Kirchnerist government during his father’s second disappearance.

“Within a few months, Nestor himself defined him as a disappeared person,” he said, highlighting that in these cases, “the state is always responsible, by action or by omission.” As a matter of fact, after the disappearance of Jorge Julio López, the witness protection program was invented in Argentina for witnesses testifying for crimes against humanity.

López was unprotected by Justice and the dark forces disappeared in democracy, a democracy that even today continues to carry the burden of delivering justice in cases, increasingly aggravated everyday by other similar cases.

This article was originally published in Spanish in ARG Medios. Translated by Tanya Wadhwa 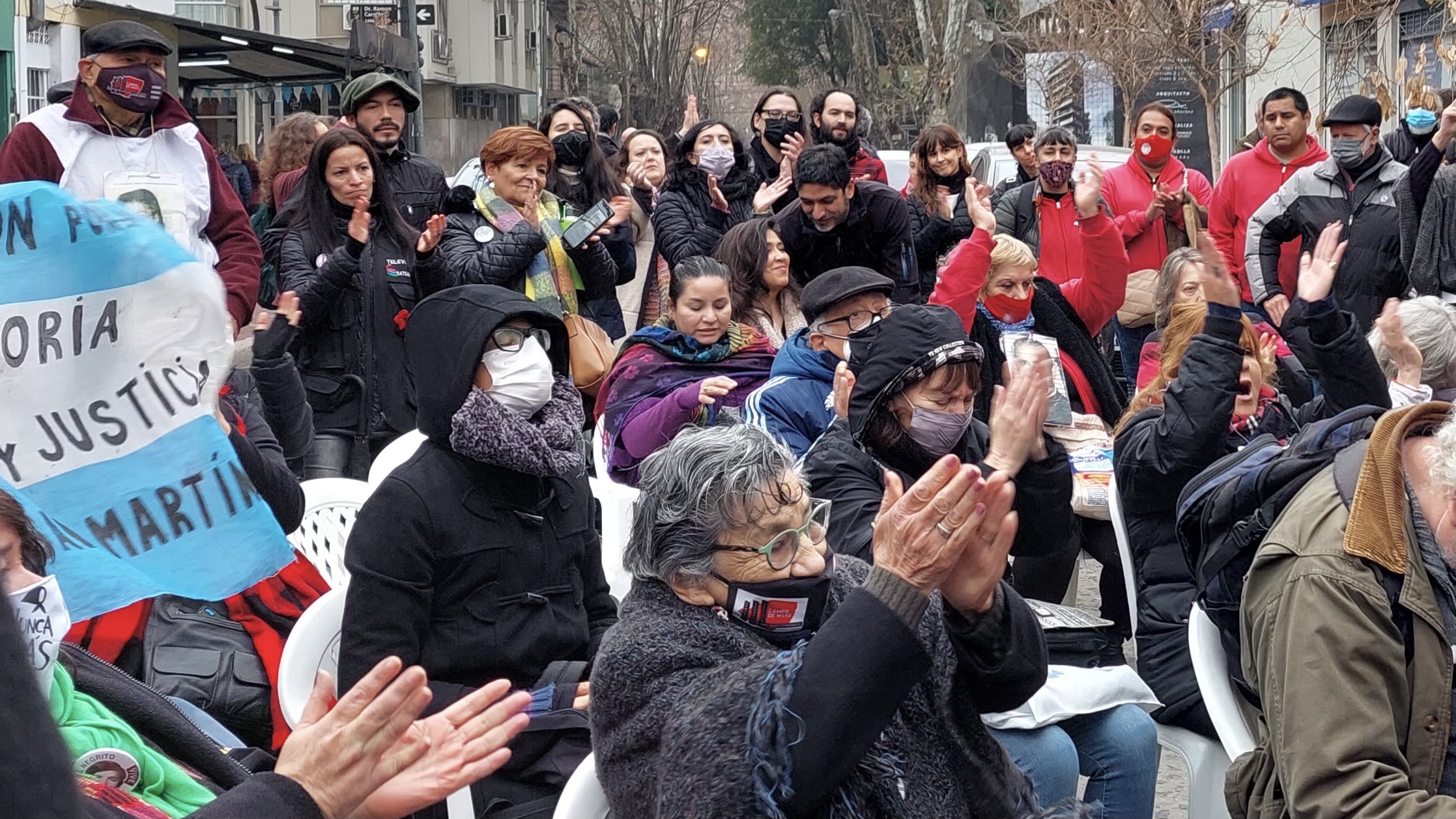 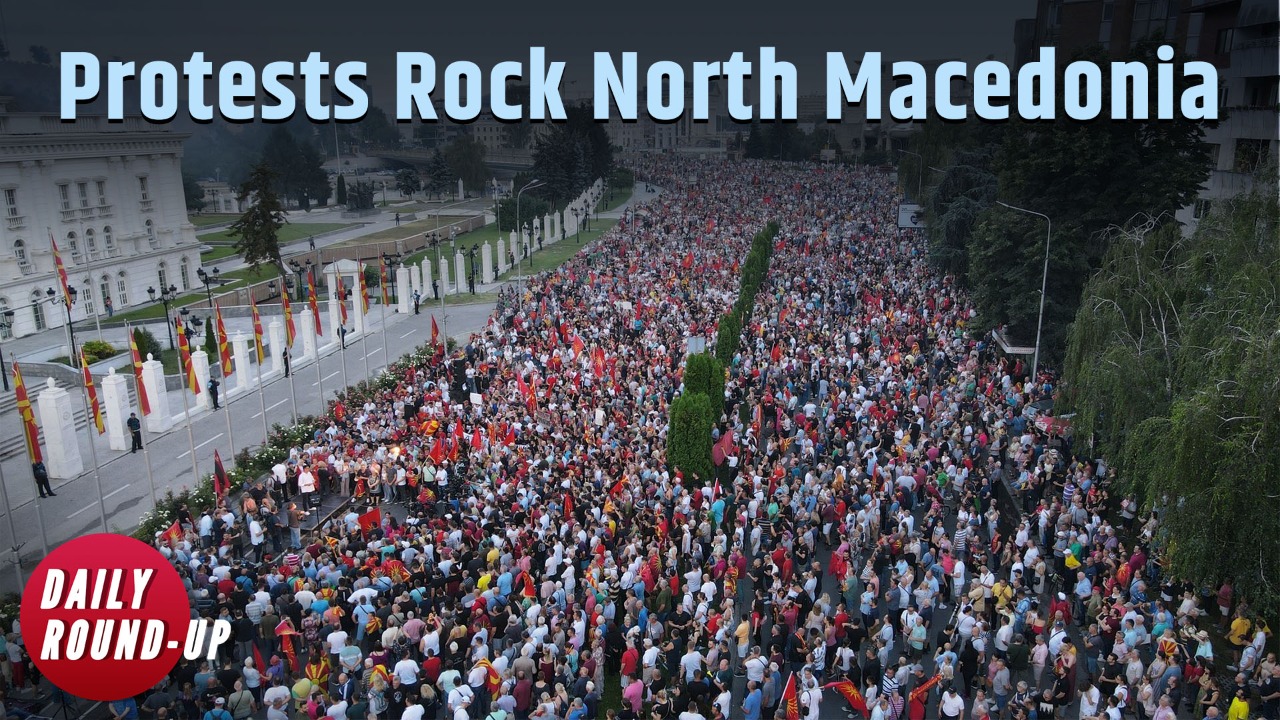