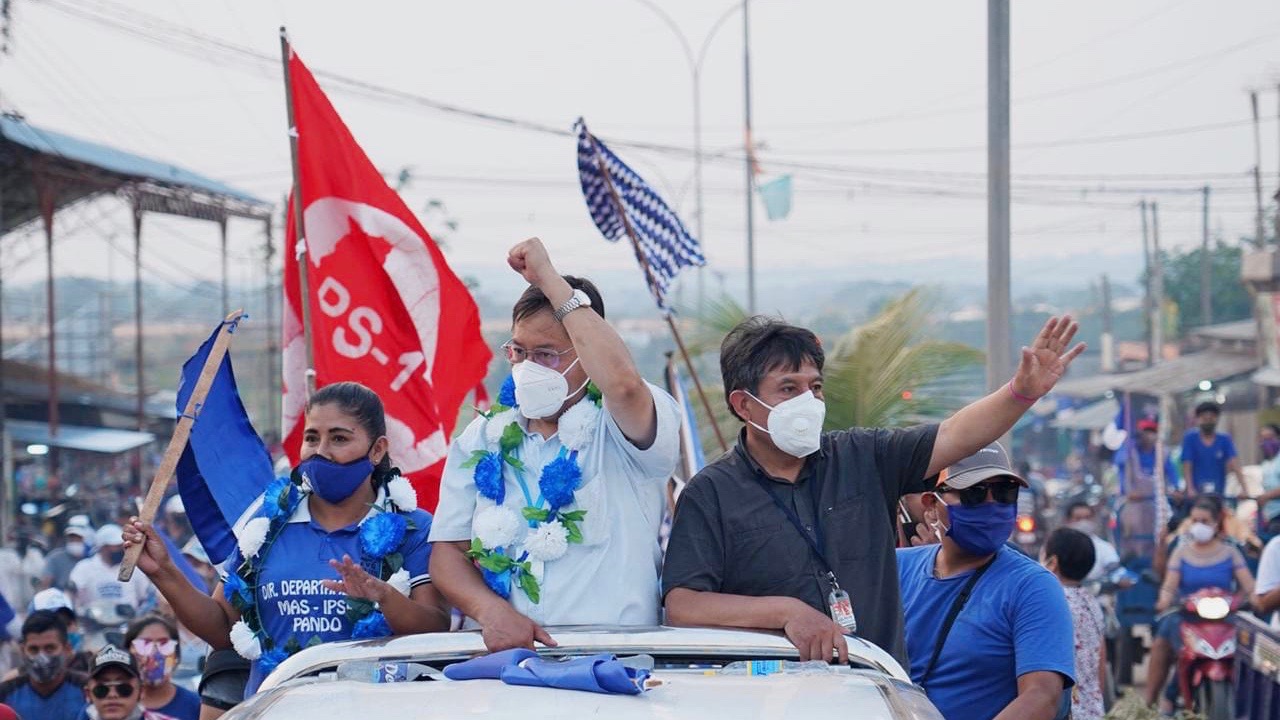 Luis Arce, the presidential candidate of the Movement Towards Socialism (MAS) party, on October 6, warned the international community of the risks in the recovery of democracy in Bolivia. He denounced the violent threats by the officials of the coup installed government and requested the active observation of the international organizations during and after the general elections on October 18.

“We warn the international community of the risks facing the recovery of democracy in Bolivia, for which we request your support and active observation during the election campaign, the day of elections October 18 and the days following the elections,” wrote Arce in a tweet.

Along with the tweet, he shared a letter addressed to the Secretary General of the United Nations (UN), Antonio Gutérres; the president pro tempore of the Community of Latin American and Caribbean States (CELAC), Andrés Manuel López Obrador; the High Representative of the European Union (EU) for Foreign Affairs, Josep Borrell; and the president of the Permanent Council of the Organization of American States (OAS), Luis Fernando Cordero.

In the letter, Arce raised concerns about the announcements made by the de-facto government minister Arturo Murillo and the vice-minister of internal affairs and police Daniel Humérez regarding “an alleged campaign by the MAS to destabilize the country in the aftermath of the election and the activation of an anti-terrorist group to fight this alleged scenario.”

The previous week, on September 29, Murillo visited the United States to hold a meeting with the State Department, led by Mike Pompeo and with the Secretary General of the OAS, Luis Almagro, regarding the holding of the elections. The visit was questioned by several MAS leaders, who argued that Murillo does not have any authority to make representations on behalf of the Supreme Electoral Court (TSE). On October 5, upon his return from the US, Murillo admitted that the government had purchased military weapons with the aim of “defending democracy.” Additionally, he warned that “the Police will act, the Army will act, we are not for decoration,” if the “violence” breaks out post elections as in November and August.

Arce also recalled the repeated attempts to change the election date, and ultimately to eliminate his party from the electoral race. He denounced that “the recent statements by de-facto government authorities show that they won’t give up on their attempts to obstruct the electoral process, trying to generate fear and now threatening the use of military force. I repeat: What other provocations are they willing to generate with the objective to derail the elections?”

He stressed that “their presence will be a factor of tranquility for citizens, a factor of deterrence against those who try to subvert the democratic exercise, and an important guarantee of respect for the election results.”

As the elections are approaching, political and social tensions are once again rising up in the Latin American country. Social movements and trade unions associated with the MAS have announced that they will mobilize if there is an electoral fraud. While the far-right extremist groups have been attacking MAS headquarters in different parts of the country.

The recent announcements by the coup regime’s officials somewhat confirm that there will be a violent response from far-right forces if Arce wins the elections as all opinion polls place him in the lead as the front-runner. Political experts have pointed out that the manipulation of the results is also possible to force a second run.