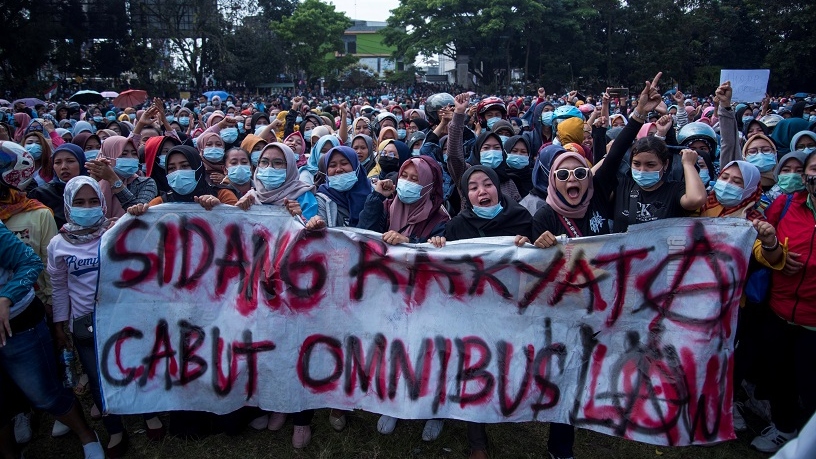 Thousands of Indonesians have taken the streets of Jakarta, Bandung and other cities in protest against the government’s push to enact the “omnibus law” which critics say will weaken labor and environmental protections. Over 400 protesters were arrested as of Thursday, October 8, in police crackdowns across the country. The exhaustive Job Creation Law passed by the lower house of the Indonesian parliament, People’s Representative Council (DPR-RI), on October 5 has prompted a nationwide backlash from trade unions and students movement.

A coalition of trade unions, students’ groups and environmental activists are holding nationwide protests to oppose the sweeping law that the Joko Widodo government claims will create millions of jobs. The law, called the “omnibus law”, brings sweeping changes over 79 existing laws concerning labor, environment and private investments, among other areas.

The law significantly alters labor laws, taking out major protections for minimum wages, paid leaves and severance pay. Workers can expect to see their severance pay be cut by up to 40%, weekly holidays reduced to 1 day and their paid annual leaves under threat. Most importantly, workers will lose federal protection to their minimum wages. The law completely does away with sectoral minimum wages in favor of localized minimum wage standards set by provincial and regional governors.

The law also takes out significant environmental regulations and limits on polluting industries, and brings down the number of sectors barred from private investments from 300 to a mere six.

The Widodo government promises to create 9 million jobs, but trade unionists and activist groups have questioned the claim. The Confederation of All Indonesian Workers’ Union (KSPI), a trade union movement representing more than 4 million workers, called for an indefinite strike after the law was passed by the DPR, and is currently leading the coalition opposing the bill.

Trade unions have been opposing the law ever since it was proposed in February this year. KSPI and other movements had also called for public deliberations over the omnibus law, but the Widodo government ignored these calls and pushed the law with little debate on Monday.

The International Trade Union Confederation, to which the KSPI is affiliated, responded to the passing of law in their statement: “It is staggering that while Indonesia is, like other countries, facing the devastation of the COVID-19 pandemic the government would seek to further destabilize people’s lives and ruin their livelihoods so that foreign companies can extract wealth from the country.” 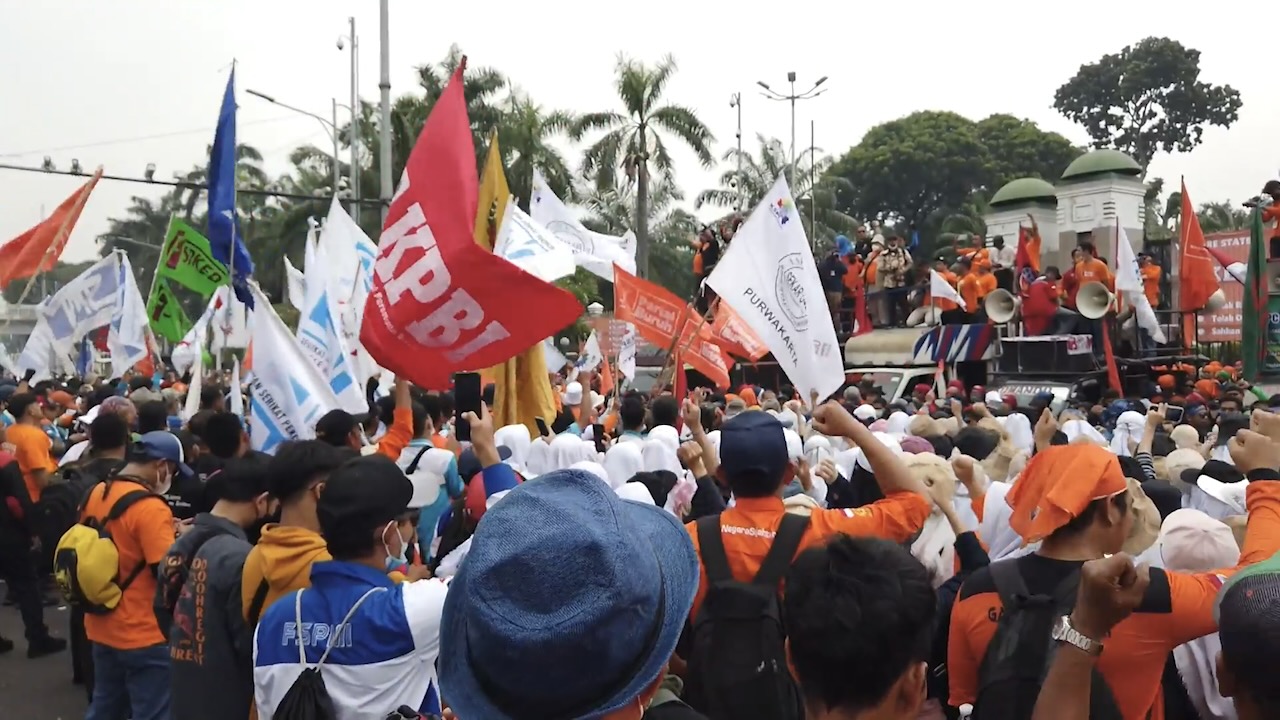 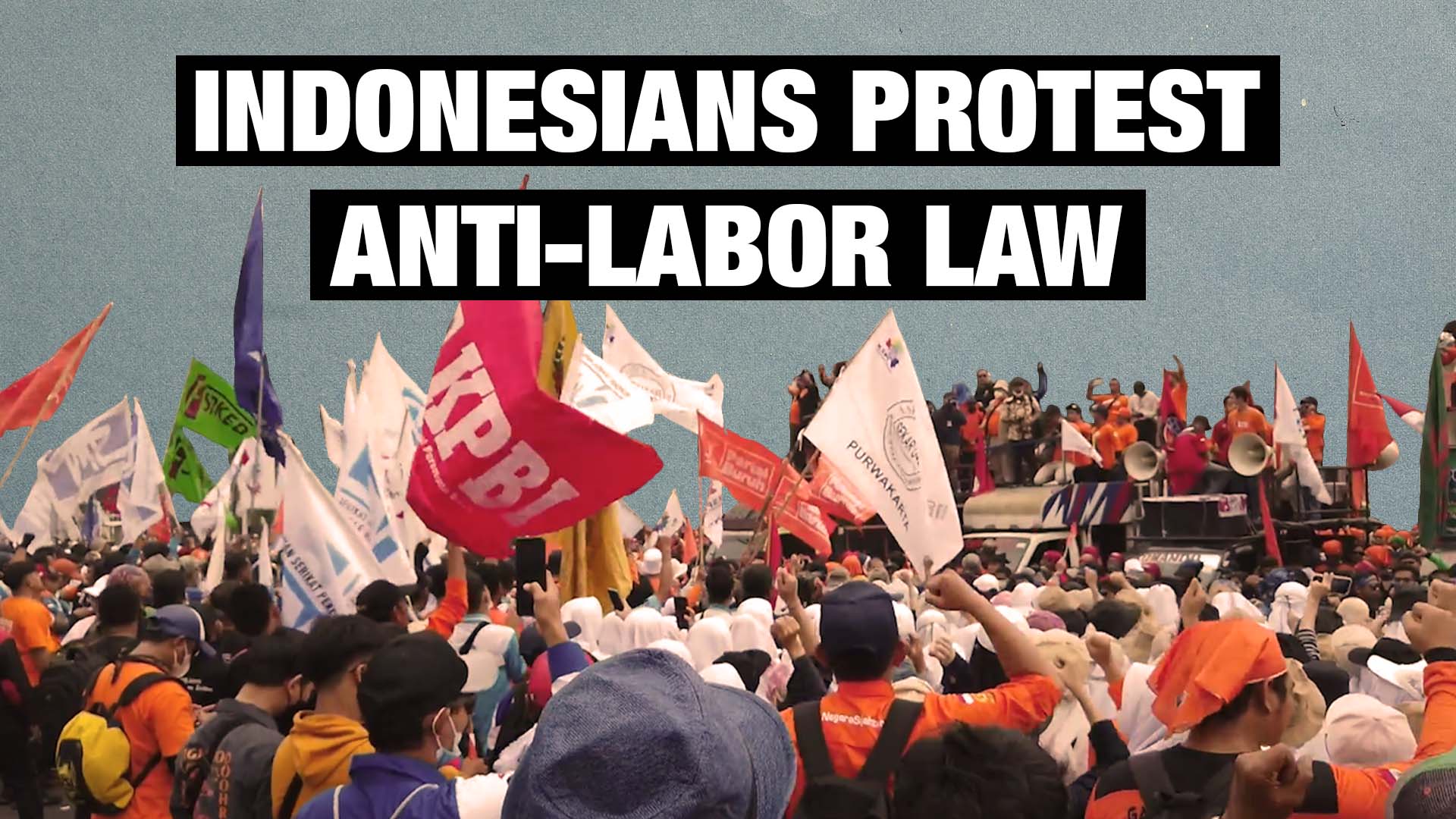