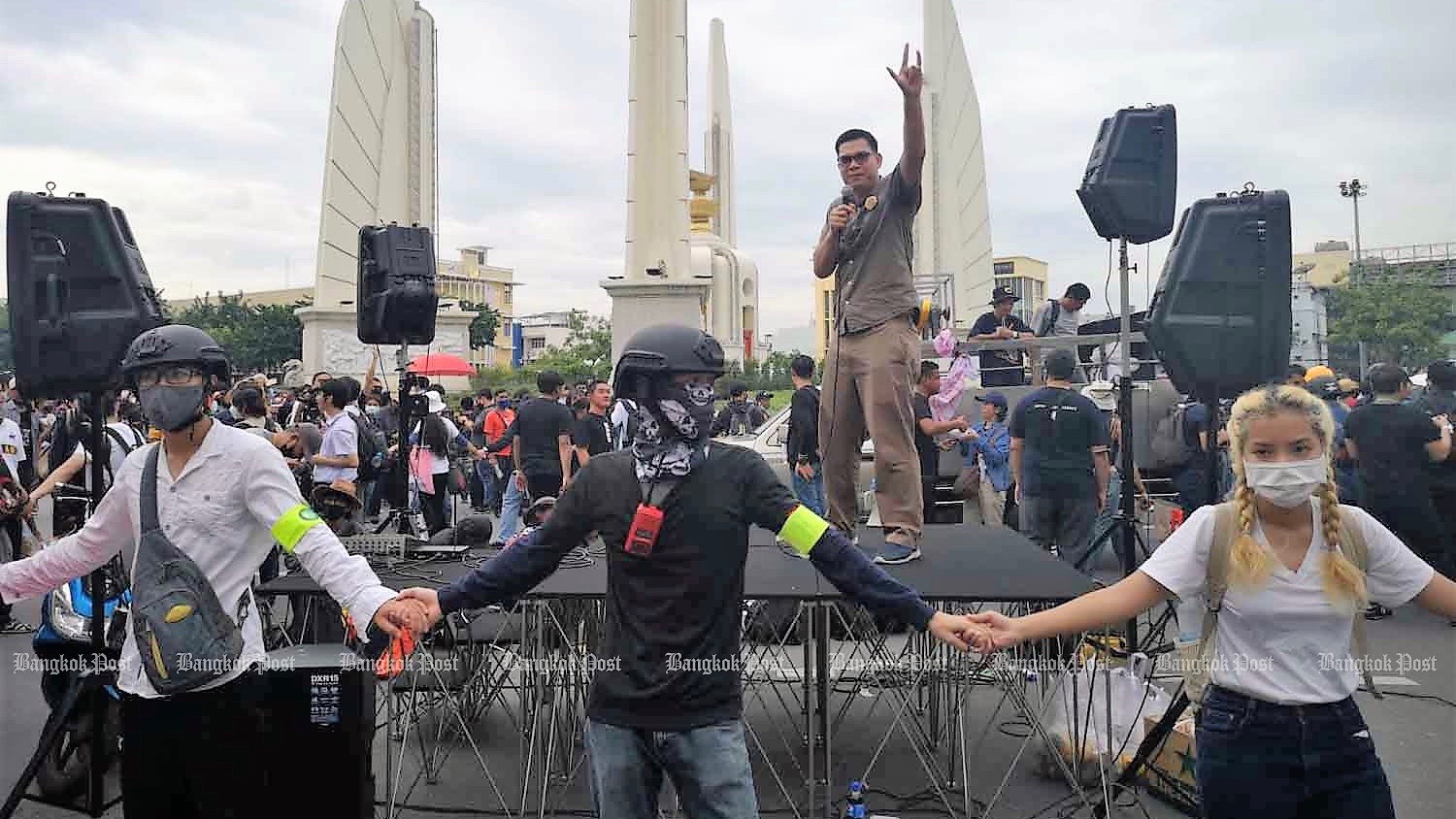 On October 14, Wednesday, Thai protesters occupied the iconic Democracy Monument in the heart of the national capital, Bangkok. The occupation came in response to the arrest of 21 protesters from the monument site on Tuesday. The arrests prompted the organizers of the protests to push a demonstration planned for the afternoon on Wednesday to early morning.

Among those arrested is student activist and long-time advocate of reforms to the monarchy, Jatupat Boonpattararaksa, commonly called Pai Dao Din, and popular singer Chai-amorn Kaewwiboonpan from the band The Bottom Blues, also known by his stage name Ammy.

Tuesday’s arrests were made at the Democracy Monument by the Border Patrol Police, a paramilitary force under the national police for border security and counter-insurgency. The police arrested demonstrators who had arrived at the monument in anticipation of the demonstrations that were planned for Wednesday afternoon.

The news of the arrests triggered widespread outrage and protests. Hundreds of protesters assembled outside the police headquarters in a matter of hours, demanding the release of the detained activists. Demonstrations were also held in different parts of the city in response to the pre-emptive arrests by the national police.

Wednesday’s demonstration had been called by the People’s Group, an umbrella organization founded by several activists spearheading the ongoing nationwide protests in Thailand. The demonstration was called to coincide with a royal motorcade that was scheduled to pass by the monument at 2 pm on Wednesday.

Protesters assembled at the monument early in the morning and began occupying and blocking an adjacent road. Some protesters, under the instructions of the organizers, also cleared the plants and shrubs planted by the government in 2019 to reportedly prevent protesters from using the space. The Democracy Monument, built in 1939, commemorates the 1932 Revolution that established the first constitutional monarchy in the country.

The ongoing protests in Thailand have been calling for constitutional reforms, including limiting the powers of the monarchy, a return to democracy, and the dismantling of the civic-military government under prime minister Prayut Chan-o-cha, besides other socio-economic rights.