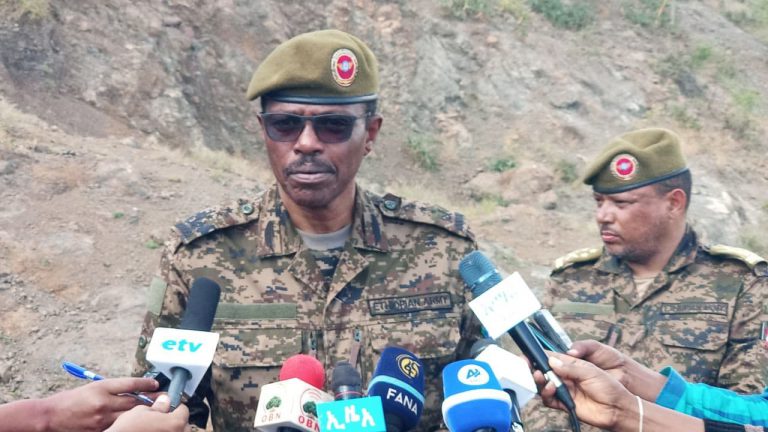 Hospitals in Mekelle, the capital city of Tigray region in northern Ethiopia, are reportedly overwhelmed with injured patients after hours of heavy bombardment on Saturday, November 28. Following this military offensive, the Ethiopian National Defense Forces (ENDF) claimed to have wrested control of the city from the Tigray People’s Liberation Front (TPLF).

Prime Minister Abiy Ahmed said that the federal government’s forces have released thousands of army officers of the Northern Command, held hostage by the TPLF. Located in Mekelle, it is the largest and one of the most heavily armed of the regional commands of the ENDF, which the TPLF’s forces had attacked and seized on November 4, sparking the military conflict.

Media access to the conflict-ridden region is heavily restricted, making it virtually impossible to independently verify the claims by either side in the conflict. From the report of the Red Cross, it is known that the fighting in Mekelle had subsided on Sunday.

“The situation in Mekelle.. (as on Sunday) is quiet and we hope that we will be able to get urgently needed assistance here soon,” according to Maria Soledad, head of Ethiopian operations of the Red Cross.

Ayder Referral Hospital, which she visited in Mekelle, is “running dangerously low on sutures, antibiotics, anticoagulants, painkillers, and even gloves. The influx of injured comes more than three weeks after supply chains were disrupted into Mekelle.”

“We need to ensure that health workers have the supplies and conditions they need to carry out their life-saving work,” she pleaded.

Meanwhile, claiming to have withdrawn its forces from the city, the TPLF has vowed to fight back. On Saturday night, soon after the federal force claimed victory over the rebelling regional force in Mekelle, six explosions were reported in Asmara, the capital city of Eritrea, which lies across the northern border of Tigray.

Watch | What is happening in Ethiopia

The TPLF has targeted Asmara with rockets on at least two prior occasions since the conflict started, accusing the neighboring country of supporting the troops of the Ethiopian federal government.

The TPLF had been a dominant political force in the country since the 1990s. Despite their recent marginalization as a regional party following the rise of Abiy Ahmed to power, it has remained militarily powerful.

Late on Saturday evening, only hours after launching the assault, Prime Minister Abiy Ahmed claimed victory, announcing in a statement that, “The Federal government is now fully in control of the city of Mekelle. With full command of the regional capital, this is the completion of ENDF’s last phase.”

There are no reports as yet about the capture of any of the senior TPLF leaders. The PM’s statement only mentions that the “Federal police will not continue their task of apprehending TPLF criminals and bring them to the court of law.”

Arrest warrants have been issued against 17 army officers accused by the federal government of treason on Saturday, in addition to the warrants that had already been issued since the beginning of this conflict for the arrest 177 officers suspected of having ties with the TPLF.

Having been a frontline state in the war against Eritrea in 1998-2000, Tigrayans, even though making up only 6% of the population, have a significant representation in the armed forces.

“Tigray’s leadership has vowed to fight on and, although it’s not clear how depleted Tigrayan security forces are by the conflict, armed resistance to the federal rule may well be backed by much of the regional government and party apparatus, including local militia, as well as by other Tigrayan nationalist elements,” William Davison, a senior Ethiopia analyst at the International Crisis Group, told Reuters.

Davison was expelled from the country by the federal government on November 20. The same day, the press license of Reuters correspondent was cancelled by the Ethiopian Broadcasting Authority, which had already issued warning letters to the BBC and DW.

At least six Ethiopian journalists had been arrested within the very first week of the conflict. Reporters Without Borders and the Committee to Protect Journalists have warned against a reversal of the civil rights gains, especially in terms of press freedom, made under the initial period of Abiy’s administration.