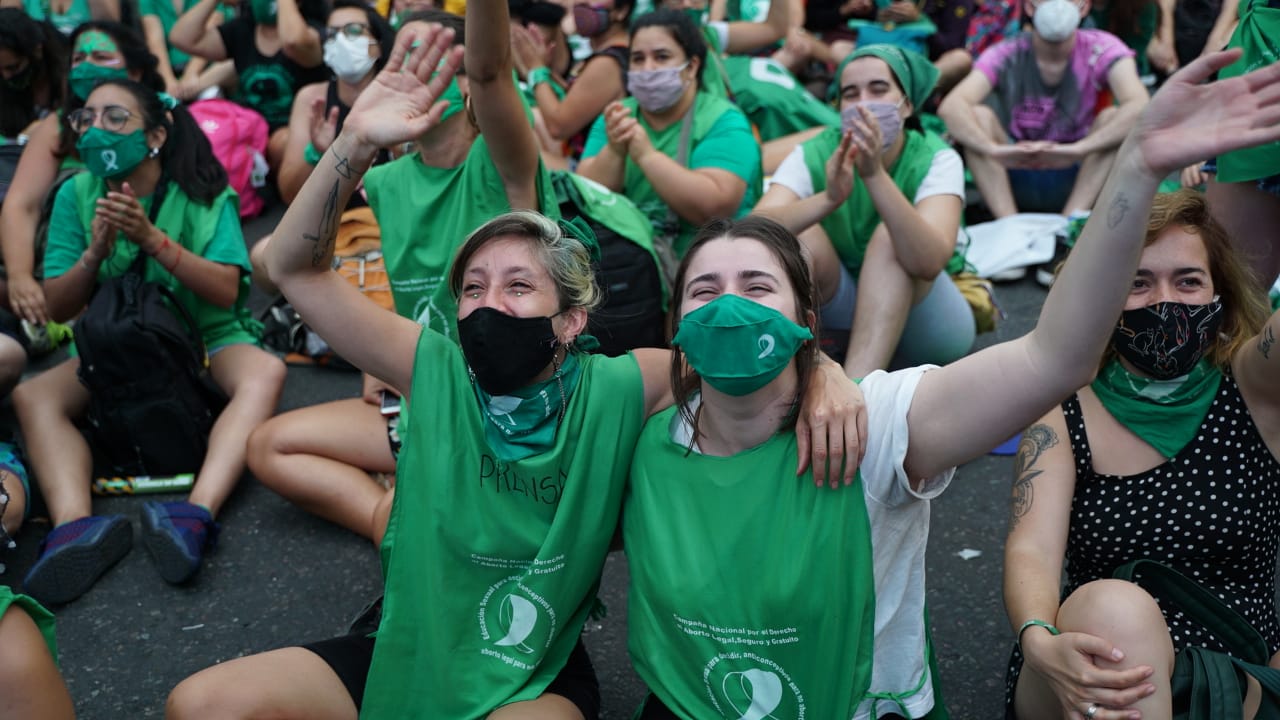 Hundreds of thousands of women, girls, adolescents and LGBTQ community members celebrated the decision with happy tears. Credit: National Campaign for the Right to Legal, Safe, and Free Abortion

The Chamber of Deputies of the National Congress of Argentina approved the Voluntary Termination of Pregnancy (IVE) bill on the morning of December 11. After debating for over 20 hours, with 131 votes in favor, 117 votes against, and 6 abstentions, the lower house of the parliament endorsed the bill that decriminalizes abortion in Argentina. The bill will now be sent to the Senate for discussion and eventual approval.

The historic news was celebrated across the Latin American country. Hundreds of thousands of people, especially women, feminists and LGBTQ people who have been on the streets for the past couple of years, welcomed the decision with tears of joy. They also urged the senators to vote in favor of the integral right.

The IVE bill, promoted by the progressive government of Frente de Todos led by President Alberto Fernández, allows a pregnant person to access an abortion in any public or private health institute until the 14th week of gestation. After fourteen weeks, a pregnant person can only exercise their abortion rights if their life is in danger or if the pregnancy is the result of rape. The bill also established that the health professionals must respond to this request and execute the procedure within a maximum period of ten days after being requested.

Abortion is illegal in Argentina, but a ruling established in 1921 allows it to be performed until the 24th week of gestation in case of a rape and when the life of a pregnant person is at risk.

However, authorities estimate that every year over 500,000 abortions are performed in unsafe and clandestine conditions and nearly 40,000 women are hospitalized after performing unsafe abortions. According to the official data, since the return democracy in Argentina in 1983, more than 3,000 women have died because of poorly performed abortions.

Argentine women have been demanding abortion rights for decades. While the IVE bill was being debated in the National Congress, a sea of women wearing green clothes and holding green scarves, which represents the feminist struggle for legal abortion, kept a vigil outside the congress throughtout the night.

“Our struggle built networks of sorority! We are the green tide, we are millions and we are going to remain in the streets and everywhere else until abortion is legalized,” wrote the National Campaign for Legal, Safe and Free abortion in a tweet.