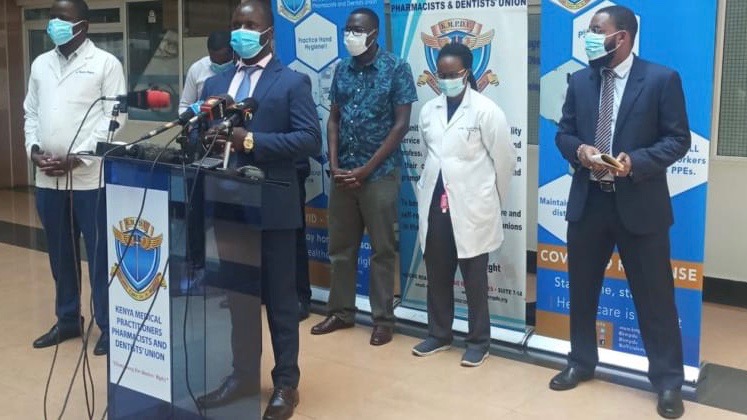 Doctors, pharmacists and dentists in government hospitals across Kenya downed tools on December 21, Monday, joining the nurses and clinical officers who have already been on strike since December 7.

At least 2,000 healthcare workers in the country have been infected by COVID-19. In the event of contracting the disease, these workers, a large section of whom have been unpaid for months, cannot afford the hospital bill due to lack of  a comprehensive medical cover from the National Hospital Insurance Fund, which is among their main demands.

Negotiations between the government and the unions over this demand have gone on for about eight months without a resolution.

Provision of adequate and standard quality of PPEs, increase in risk allowances, and conversion of contracted health workers into permanent employees with access to pensions are among the other common demands pressed by the unions.

In addition, the Kenya National Union of Nurses (KNUN) has demanded compensation to the families of the nurses who have died after contracting the virus on duty. By the end of December first week, at least 26 nurses had died.

Members of the Kenya Union of Clinical Officers (KUCO) have also been on strike along with the nurses after their demand for payment of pending salaries within 14 days was not fulfilled by the government.

Doctors representing the Kenya Medical Practitioners, Pharmacists and Dentists Union (KMPDU) were also set to participate in the strike from December 7 after a 21-days notice issued on November 16 expired.

However, on December 6, the KMPDU suspended the strike for another 14 days to give additional time to the government to meet the demands of the doctors, at least 30 of whom have died.

On December 7, when nurses and clinical officers proceeded with the strike as planned, 28 year-old Dr. Stephen Mogusu died of the disease. He was said to have contracted it from a patient he was treating in an isolation ward in Machakos county.

KMPDU had appealed Kenyans to contribute money for his treatment at Kenyatta University Teaching, Referral and Research Hospital. Following his death, the union said in a statement, “At the time of his death, he had not been paid his salary for five months, had no insurance, and his family is left with no compensation.” His widow was left with a hospital bill of Sh 800,000 (USD 7,196).

In his last WhatsApp message before dying, he wrote, “My dear colleagues, let me take this opportunity to admonish you today to get your pay or get out while you can with your health and life intact.”

After a few words on how he was financially struggling to cope with the medical bills “for one more gasp of fresh air”, Mogusu concluded his farewell message with the words, “Save Yourself.”

The additional two weeks time given by the KMPDU to the government to address the grievances of the doctors ended on December 20 without any resolution.

With doctors now downing tools to join nurses and other health workers in the strike action, healthcare services in Kenya’s public hospital, which are already severely disrupted, are expected to further deteriorate, crippling the country’s efforts to contain the pandemic. 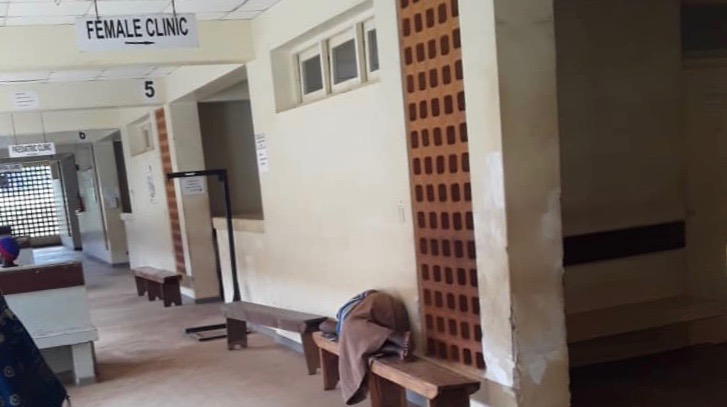