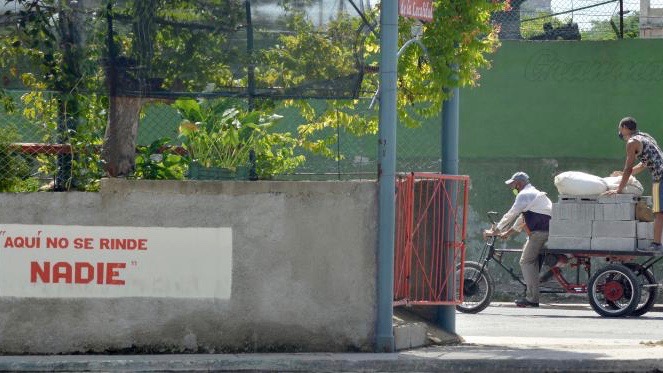 Cuba began the year 2021 in the midst of one of the most difficult economic scenarios that it has had to go through in recent years. On one hand Cuba has not been excluded from the international economic crisis provoked by the COVID-19 pandemic. And the island continues to suffer multi-fold impacts from the intensification of the economic, commercial, and financial blockade of the United States against the island during the tumultuous administration of Donald Trump.

The year 2020, which is now past yet still lingers painfully, was meant to be Cuba’s year of an economic rebound, after having suffered a slight contraction of 0.2% in 2019. However, the Sars-Cov 2 pandemic and Washington’s persecution temporarily put a stop to the aspirations of the Cuban people. Havana is now working at full speed to get out of the ravages of a weakened economy while continuing to guarantee social rights and the achievements obtained from a continuing revolution.

If 2020 was the year in which “Cuba went beyond its own possibilities,” in the words of President Miguel Díaz-Canel, this year that is just beginning should be the one in which Cuba is able to fulfill “tasks” and complete programmatic agreements that were on the waiting list.

According to official data, Cuba barely received 55% of the planned currency for last year and only carried out 60% of scheduled imports. In summary, the island’s Gross Domestic Product (GDP) fell 11 points in 2020 – the second consecutive year of economic contraction.

It is important to point out that various sectors of the economy were paralyzed during the pandemic causing a significant decrease in productive activity and services, both in the state and non-state sectors. In addition, the country contributed more than 100 million dollars to shoulder the expenses of confronting the pandemic.

The illegal US blockade also caused capital losses. A report presented at the end of last year by the Cuban government warned that the amount of damage to the island exceeded, for the first time, 5 billion USD in a year. This number shows how much effort the Trump administration put into reversing the progress made between the two countries during his predecessor Barack Obama’s term.

In total, the island lost 5.57 billion in the period from April 2019 to March 2020, “a truly overwhelming burden” for a small economy like Cuba’s, according to Foreign Minister Bruno Rodríguez.

Just in the last 12 months in office, the US government approved a string of unilateral measures designed to suffocate the Cuban economy and damage Cubans’ living conditions. Among the most aggressive are the reactivation of Title III of the Helms-Burton Act – a threat to those who want to trade or invest in Cuba; the prohibition of sending remittances from the United States to the island; the pursuit of fuel supplies for the country; the harassment of Cuban financial transactions at the international level; and the inclusion (again) of the largest island of the Caribbean in the list of “state sponsors of terrorism”.

Last December, in the midst of this, the Cuban government announced an adjustment of the economic plan and the creation of a social and economic development strategy that aims to improve the country’s situation for the coming years.

On December 10, 2021 on national television, together with the first secretary of the Communist Party of Cuba, Raúl Castro, President Díaz-Canel announced, “We have decided to inform the people about the beginning of the Ordering Task, the name that will be given to the process of monetary and exchange unification and the rest of the necessary transformations that accompany it.”

The strategy, which came into force on January 1, seeks, among other things, to reinforce the Cuban socialist economic model, strengthening key areas of development such as food production and exportable goods, perfecting and expanding the non-state sector, decentralizing the allocation and use of foreign currencies, and advancing the process of the computerization of society.

The core aspect of the “Ordering Task” has been the monetary unification that includes eliminating the CUC, the convertible currency that began its circulation in 1994 – when the tourism boom began in Havana, and economic salvation measures were put in place. It did not take long to open the doors to painful differences between those who exhibited their access to foreign currency and those whose salary only depended on Cuban pesos. With the new process, the Cuban Peso (CUP) remained the only legal tender in the country with a single exchange rate of 24 Cuban pesos to 1 dollar.

Along with these provisions, eliminating “a group of improper subsidies and gratuities,” modifying prices, and increasing salaries, pensions, and social assistance benefits are contemplated. In addition, the guarantees of social, food, and health security for the entire population are maintained, as has been the case during more than 60 years of the Revolution.

“We reiterate the importance and significance of this task that will put the country in better conditions to carry out the transformations that updating our economic and social model demands based on guaranteeing all Cubans greater opportunities, rights, and social justice,” the Cuban president pointed out.

The strategy, however, contains great challenges that require, in turn, great efforts and sacrifices. To avoid any romanticism and as a reminder that there is still much to be done, the Cuban president warned from the beginning that “the ordering task does not in itself constitute the magic solution to all the problems present in our economy; however, it will favor the creation of the necessary conditions to advance more solidly.”

Cuba expects growth this year of around 7% compared to 2020. The government plans to achieve this by prioritizing food production (the country imports about 2 billion dollars a year in consumer products), tourism (equivalent to 10% of its GDP), professional services, and efforts to attract new foreign investment.

Last year, 29 Foreign Investment projects were approved for 2,445 billion dollars, five of them in the Mariel Special Development Zone, where 21 countries and 11 multinationals currently operate.

Of the utmost importance for the island will also be the approach that the new US president, Joe Biden, decides to take and his willingness to resume rapprochement with the island. From Havana, the inauguration of the democratic leader is viewed with a hint of optimism and no less suspicion. In this sense, President Díaz-Canel has insisted on “the conviction that it is possible to build a respectful and lasting relationship between both nations” but has made it clear that the principles of the Revolution “will never be on the table”.

Meanwhile, on the street, and it’s no wonder, there is no shortage of comments of concern and uncertainty about the new measures adopted by the government. It is a broad and ambitious task aimed at improving all Cubans’ economic and social welfare conditions, despite the adversities. Once again, the Cuban people’s unique capacity to resist, live and win will be put to the test.