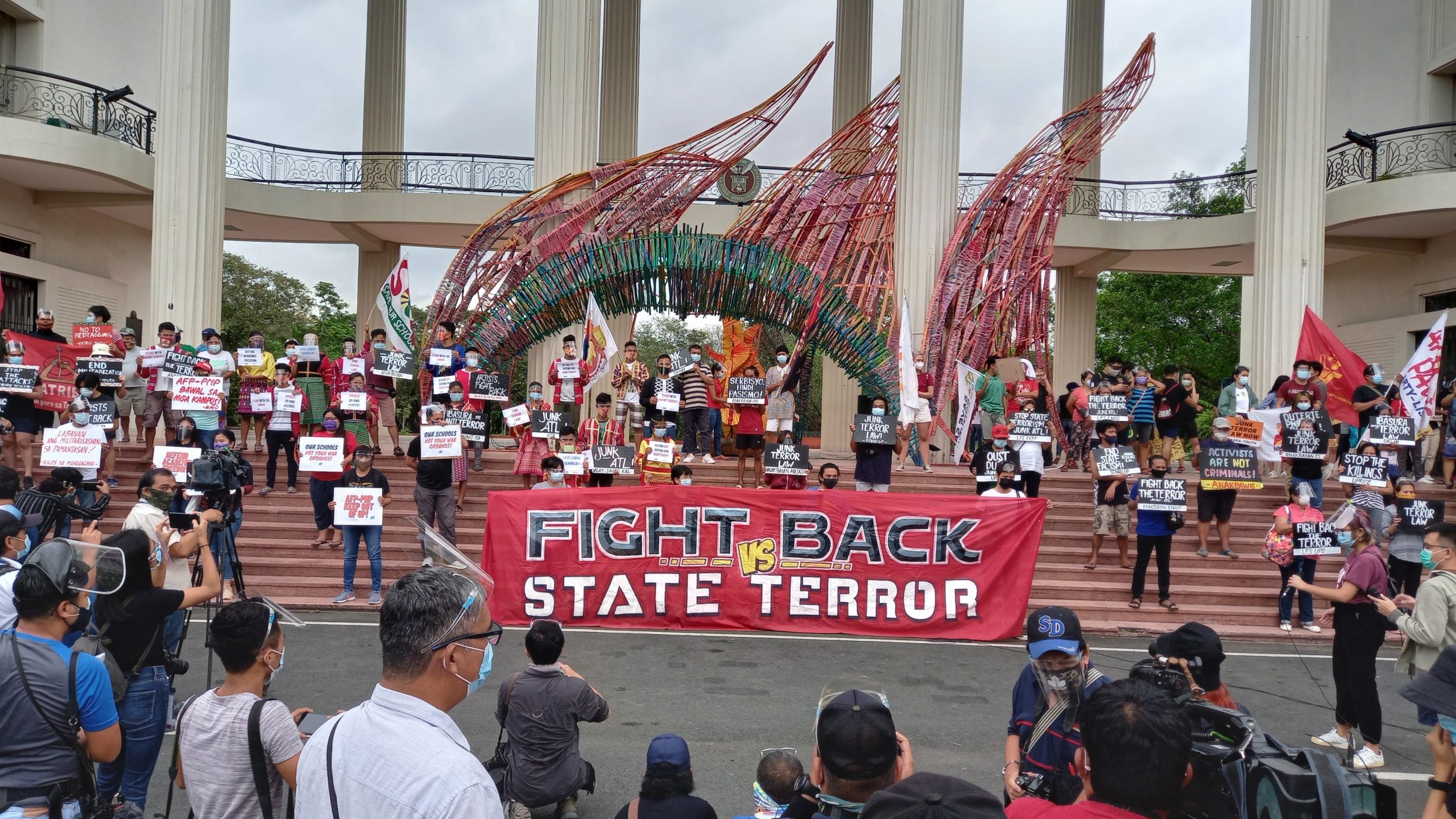 Students and faculty hold protest at University of the Philippines - Diliman against government’s unilateral withdrawal from 1989 accord barring security forces in universities. Photo by Celeste Llaneta/UPMPRO.

Four private universities in the Philippines have come together to condemn the government’s latest attempt at red-tagging academic spaces. In a rare joint statement released by their respective heads on Sunday, January 24, the universities responded to the statements made by the head of the government’s anti-insurgency body alleging Maoist recruitment in the nation’s premier educational institutions. The four universities are Ateneo de Manila University, University of Santo Tomas, Far Eastern University and De La Salle University.

The four universities were among the 18 premier universities and colleges in the country, named by the National Task Force to End Local Armed Conflict (NTF-ELCAC) chief Antonio Parlade, of being places where recruitment is being done by the New People’s Army (NPA), the armed-wing of the banned Communist Party of the Philippines (CPP). The university heads called the accusations to be “irresponsibly cast without proof”, and stated that it is a rehash of previous statements made by NTF-ELCAC, an agency tasked with coordinating anti-CPP measures by the Rodrigo Duterte government.

The university heads asserted that they are being targeted for ensuring democratic rights of their students inside their campuses. “As universities with high aspirations for our country, we seek to direct our students to engage in acts that contribute to the strengthening of social cohesion, defend the country’s democratic institutions, and promote nation-building,” the university officials said.

The new set of accusations on universities comes within days of the government of Duterte unilaterally withdrawing from a 1989 accord signed between the University of the Philippines (UP) system and the government through the Department of National Defense (DND). The accord disallowed security forces and the police from entering the campuses in the UP system, the nation’s largest university system, except for a few emergency cases.

Following the abrogation of the accord, the government deployed police forces to certain university campuses. The government is believed to have resorted to such a move after the UP campuses started becoming the epicenter for civil society groups to organize protests against the government’s recent attempts to curb civil liberties, shielding themselves from pre-emptive arrests and detention.