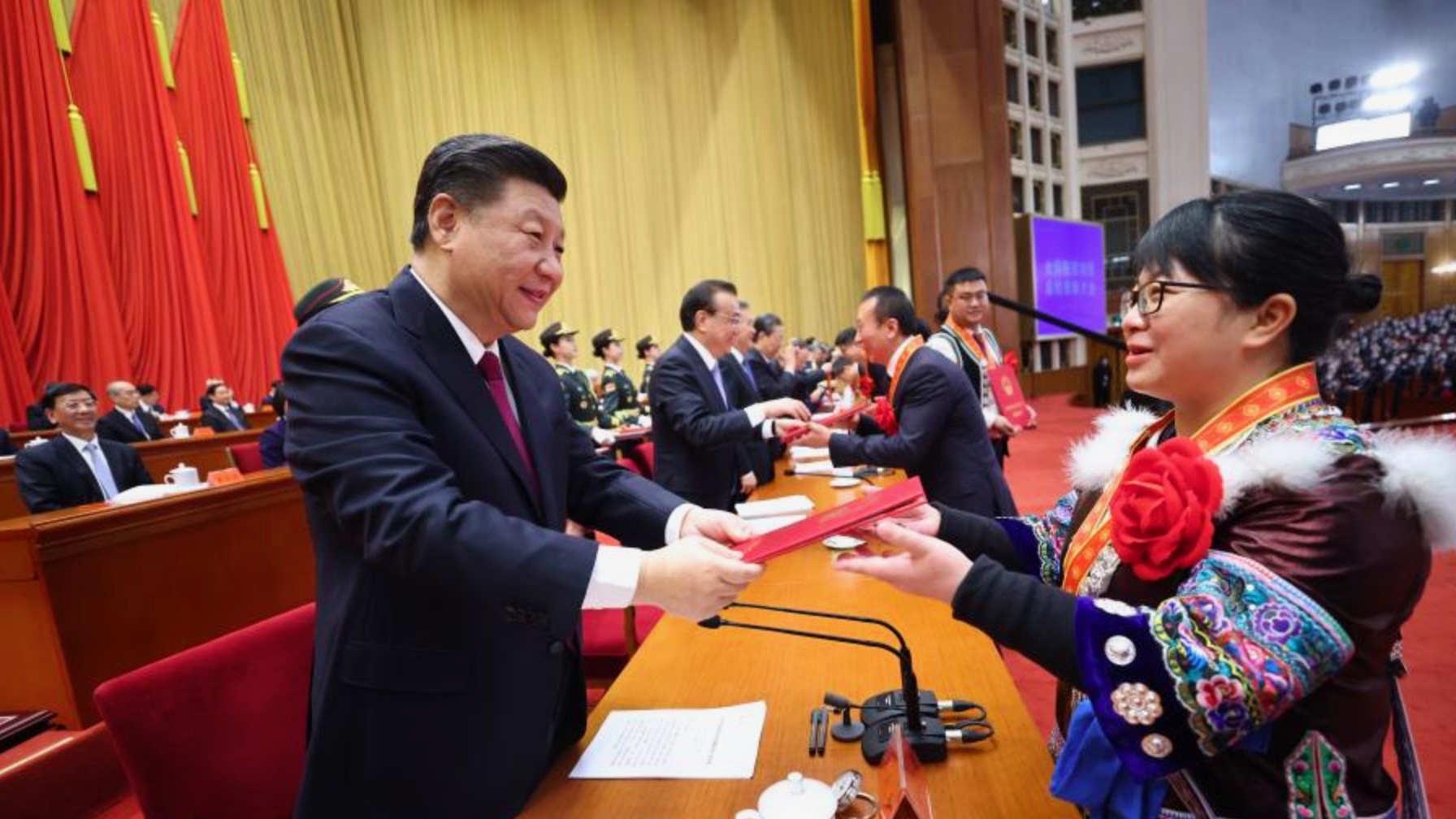 Chinese President Xi Jinping presents awards to individuals and groups for their outstanding achievements in the fight against penury during a grand gathering to mark the nation's poverty alleviation accomplishments and honor model poverty fighters at the Great Hall of the People in Beijing, capital of China, Feb. 25, 2021. Photo; Xinhua/Ju Peng

On Thursday, February 25, President Xi Jinping in Beijing declared China’s “complete victory” against absolute poverty in the country claiming that all remaining regions afflicted with it have successfully defeated it. He hailed the achievement as a miracle of the Communist Party of China’s (CPC) government’s in the last 40 years since the beginning of the reforms. He also called it the achievement of the goal of building a “moderately prosperous society” in China before the first centenary of its foundation in 1921, with the ultimate objective to build a “modern socialist society” by 2049.

This announcement also marks China achieving the UN target of eradicating world’s absolute poverty by the year 2030 a decade ahead of the schedule and before any other country.

On the occasion President Xi recognized the contributions made by the thousands of cadres, civilians and collectives who worked arduously to achieve this goal and thanked them for their work.

The poverty line set by China in 2010 was 2,300 yuan constant value or USD 2.30 purchasing power parity (PPP) per person per day. This value was actually higher than the World Bank’s poverty line at USD 1.9 per person per day. In 2020, this value was recalculated and now anyone making less than 4,000 yuan per year would be considered impoverished.

China announced the delisting of all remaining 832 counties and over 128,000 villages in the country from poor regions’ list. According to Xinhua news, all people in China now have an income above the national poverty line of 4,000 yuan or over USD 600. Over the last eight years China has lifted a total of 98.99 million poor out of poverty. Some of the most impoverished provinces in China, such as Guizhou alone have lifted millions of people out of poverty since 2012.

The removal of poverty in China is translated into the provision of all basic necessities to all its citizens. The CPC has made the poverty reduction its primary goal and has given “two assurances” of adequate food and adequate clothing and “three guarantees” of access to compulsory education, basic medical services and safe housing to all Chinese citizens.

The feat has been achieved with a concerted effort by the party and the state. CPC sent more than three million of its cadres into poverty stricken areas of the country to help the villagers in the efforts of poverty reduction.

China built over 1.1 million kilometers of new rural roads and provided 4G internet coverage to almost 98% of its poor villages in just eight years. It has built new houses for over 25.68 million or over 7.9 million impoverished households and moved over 9.6 million people to places which are more hospitable since 2012.

The Chinese push may help the achievement of global poverty reduction where more than 700 million still live in poverty.