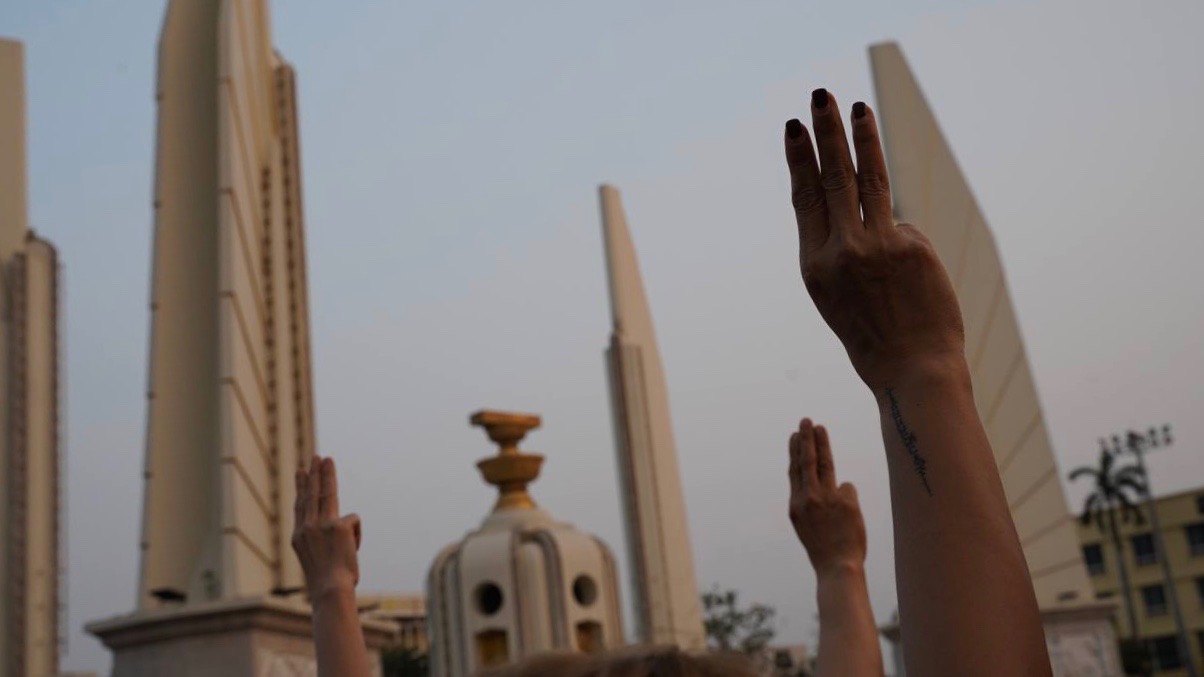 The trial of activists and protesters who are facing multiple charges of sedition and lese majeste (insult to monarchy) in Thailand began on Monday, March 15, at the Criminal Court in Bangkok. Of the 22 protesters facing trial, seven are under pre-trial detention, four of whom have been in custody since mid-February. The trial is expected to extend for weeks and even months depending on the number of witnesses presented by the defense and the prosecution before the court.

Most of those facing trial have been slapped with the charges for participating in a demonstration in September last year when protesters were seen chanting slogans at a royal cavalcade which carried the queen and her son. Since at least November last year, local police in Bangkok have used the lese majeste laws to arrest some of the prominent faces of the protest.

Article 112, which governs lese majeste charges in Thailand, carries a maximum jail sentence of 15 years and bail is very often denied to individuals arrested under the clause. The military-supported government of Prayut Chan-o-cha has over the last few years resorted to massive legal and physical repression of the pro-democracy protests.

The trial is currently taking place amid a second wave of anti-government protests which have been met with severe police repression and attacks, injuring dozens. Speaking on the trial and his arrest, Parit “Penguin” Chiwarak told reporters, “They can lock me up but they cannot lock up the truth… The truth is always the truth whether in prison, under torture or awaiting execution, the truth is the truth.” Parit faces sedition charges along with lese majeste and has been denied bail multiple times.

In the meanwhile, anti-government protests have been in full swing in Bangkok, with thousands participating in rallies and sit-in demonstrations outside key government buildings, including the seat of government – the Government House – and the royals barracks surrounding the prime minister’s residence.