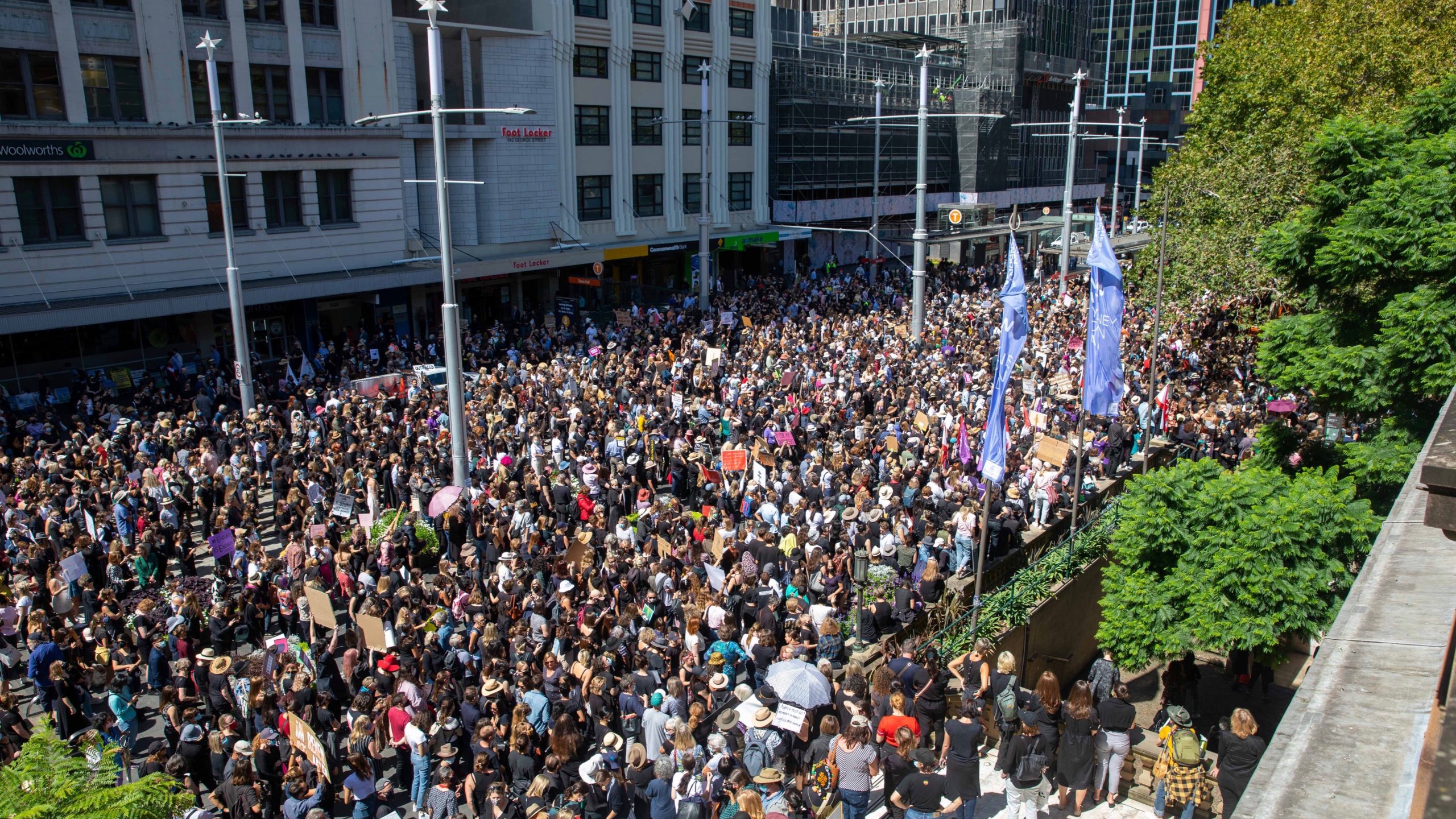 Tens of thousands of protesters, largely women, participating in the March 4 Justice rally in Sydney. (Photo: via Twitter)

Thousands of women across Australia marched against sexual assault and violence against women on Monday, March 15. According to reports, tens of thousands of women hit the streets in major cities and smaller towns in Australia, demanding justice and an end to sexual violence and workplace harassment. The nationwide protests came in response to two recently revealed claims of sexual assault in which senior officials of the ruling conservative Liberal-National Coalition government were held responsible.

In both cases, feminists and grassroots activists have accused the government of gross insensitivity towards the victims and demanded accountability. Activists and victims of sexual assault have called for an independent inquiry into the allegations of rape and complicity against the officials.

Saxon Mullins, a sexual assault survivor whose case led to a review of New South Wales’ laws regarding consent, told a massive crowd outside the Parliament House in Canberra, “We are up against a government that does not care about its people. We deserve a government that cares about us.” Mullins also called for an inquiry in the two cases.

Brittany Higgins, a Liberal Party staffer who opened up about an alleged rape incident in 2019 inside the Parliament House by her colleagues, was also one of the prominent speakers at the rally.

Explaining why she came out, Higgins said that by “staying silent, I felt like it would have made me complicit, and if something of this nature had ever happened again, my ongoing silence would have inadvertently said to those people in charge that you can treat people in this way and it’s OK. I want to be clear – it’s not!”

She also alleged in her speech that prime minister Scott Morrison had been aware of the situation but tried to discredit her and her loved ones. Higgins added that her case was turned into a “political problem” by the ruling party when it was a “human problem”. She called on political leaders to “stop avoiding the public and side-stepping accountability.”

Protesters in Canberra had demanded that the prime minister meet them at the demonstration, which he refused. Morrison instead agreed on a private meeting with the representatives of the movement, which never took place. On the day of the march, the prime minister said in the parliament that it was a “triumph of democracy” that the protests were not “met with bullets”. The remark was widely criticized by activists and opposition leaders.

Two allegations behind the outcry

In February, two allegations of rape hit the Australian parliament, especially the ruling conservative coalition, due to the manner in which these cases were handled. The first was revealed by Higgins, who came out with her account of being allegedly raped by senior colleagues from the office of defense minister and senator Linda Reynolds in 2019.

Higgins also stated that she felt threatened that she would lose her job and hence dropped the case. She accused senator Reynolds and other senior leaders of the party of not supporting her.

Barely a week after Higgins’ story came out, ABC published details of letters written to senior members of the parliament in June 2020 by a now deceased woman who alleged being raped by a minister in the Morrison government in 1988, when she was 16. The victim reportedly committed suicide a few days after withdrawing the case in the same month.

Attorney general Christian Porter, who also serves as the minister for industrial relations and leader of the house under the Morrison government, later admitted to being the accused minister. However, he denied the allegations and refused the calls by the opposition to stand aside from his roles. He also went ahead to file a libel suit against ABC and Louise Miligan, who broke the story on the day of the march.

In the meanwhile, opposition parties, including the Australian Labor Party and the Green Party, have come forward to demand for an independent inquiry into the allegations against Porter which were never investigated.

The movement – the “biggest uprising of women that Australia’s seen,” according to the organizers – has led to a nationwide discourse on sexual abuse and workplace harassment. Experts have also pointed to the structural issues that need to be addressed to ensure women’s safety.

According to Alison Pennington, senior economist with the Centre For Future Work at the Australia Institute, “underpinning violence against women on the job (and everywhere) is an economy systematically denying them sufficient incomes & rights to organize.”

Penington notes that fundamental gender imbalances at the workplace enable violence against women. “If women do work alongside men, they’re more likely to be in junior lower-paid positions under male managers & bosses,” she writes.

Pennington also highlights that women disproportionately suffer from the brunt of austerity measures, lack of investments in social services including childcare, declining paid work hours, and a shrinking public sector which pushes workers into precarious and insecure working conditions.

Even amid the backlash the government is receiving on the issue of workplace harassment, it is still moving ahead with its proposed reforms in industrial relations which are widely criticized by trade unions for pushing workers into more precarious work conditions, notes Pennington.

“Whether Morrison faces rallying women across the country today or not, the (Liberal National Coalition) – including women in their ranks – still plan to ram through new workplace laws this very same week that will disproportionately impact women’s earnings and job security compared with their male counterparts,” she says. “These laws will make women poorer, more insecure and more vulnerable to violence on the job.” 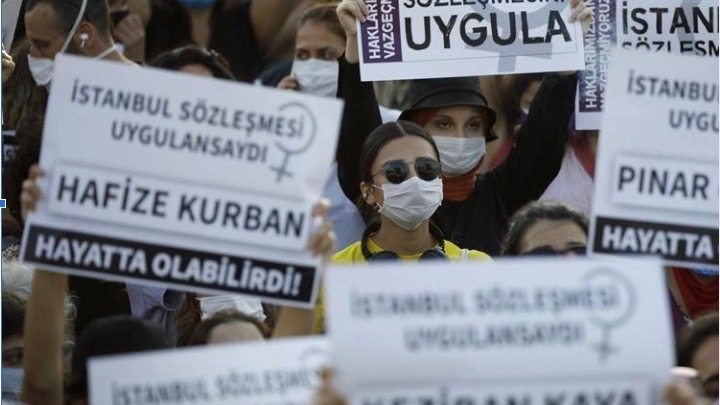