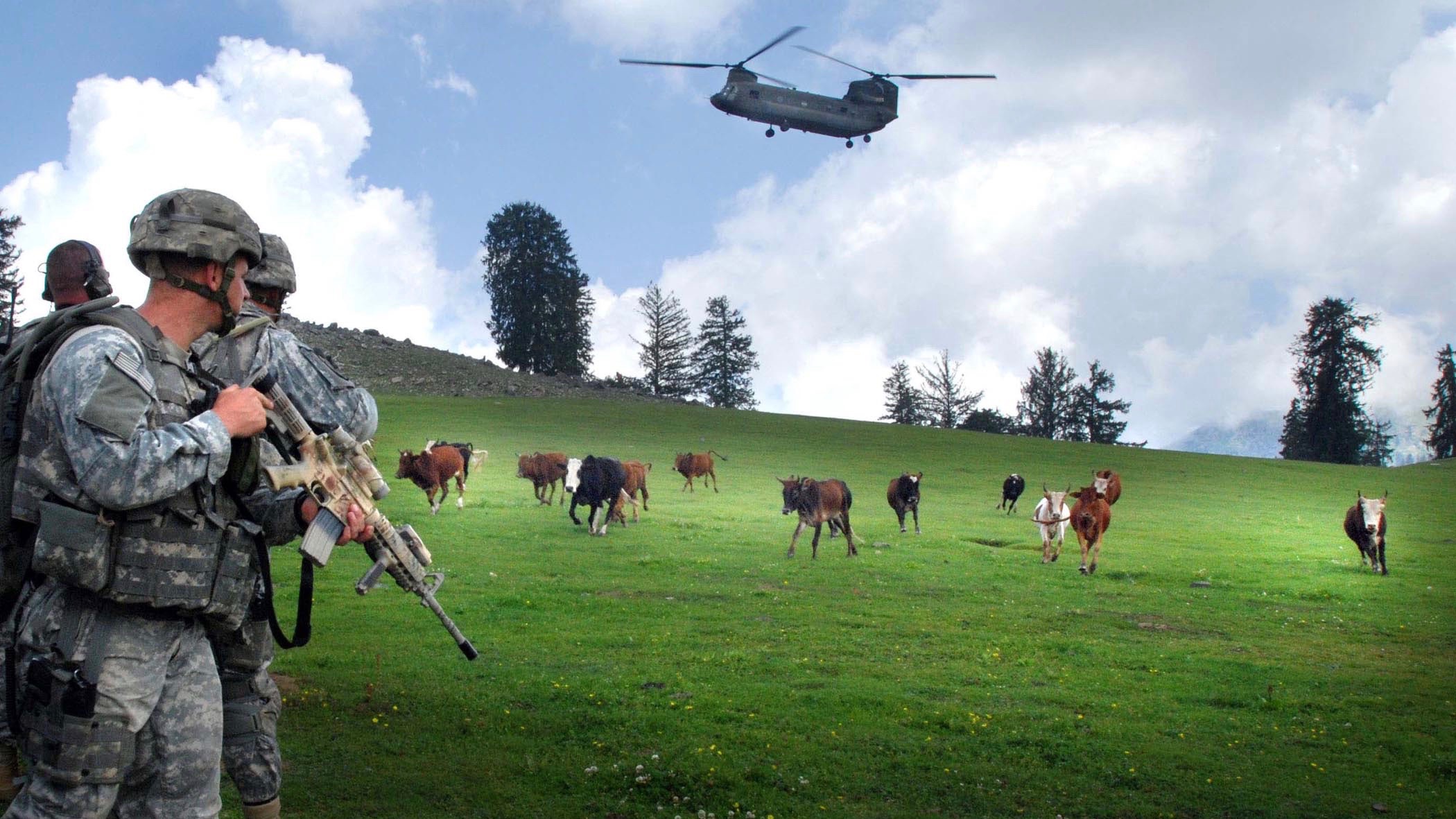 US soldiers with cows in Kunar province. Photo: Wikimedia Commons

The US invasion of Afghanistan in October 2001 was criminal. It was criminal because of the immense force used to demolish Afghanistan’s physical infrastructure and to break open its social bonds.

On October 11, 2001, journalist Anatol Lieven interviewed the Afghan leader Abdul Haq in Peshawar, Pakistan. Haq, who led part of the resistance against the Taliban, was getting ready to return to Afghanistan under the cover of the US aerial bombardments. He was, however, not pleased with the way the United States had decided to prosecute the war. “Military action by itself in the present circumstances is only making things more difficult—especially if this war goes on a long time and many civilians are killed,” Abdul Haq told Lieven. The war would go on for 20 years, and at least 71,344 civilians would lose their lives during this period.

Abdul Haq told Lieven that “the best thing would be for the US to work for a united political solution involving all the Afghan groups. Otherwise, there will be an encouragement of deep divisions between different groups, backed by different countries and badly affecting the whole region.” These are prescient words, but Haq knew no one was listening to him. “Probably,” he told Lieven, “the US has already made up its mind what to do, and any recommendations by me will be too late.”

After 20 years of the incredible destruction caused by this war, and after inflaming animosity between “all the Afghan groups,” the United States has returned to the exact policy prescription of Abdul Haq: political dialogue.

Abdul Haq returned to Afghanistan and was killed by the Taliban on October 26, 2001. His advice is now out-of-date. In September 2001, the various protagonists in Afghanistan—including the Taliban—were ready to talk. They did so partly because they feared that the looming US warplanes would open the doors to hell for Afghanistan. Now, 20 years later, the gulf between the Taliban and the others has widened. Appetite for negotiations simply does not exist any longer.

On April 14, 2021, the speaker of Afghanistan’s parliament—Mir Rahman Rahmani—warned that his country is on the brink of a “civil war.” Kabul’s political circles have been bristling with conversations about a civil war when the United States withdraws by September 11. This is why on April 15, during a press conference held in the US Embassy in Kabul, Sharif Amiry of TOLOnews asked US Secretary of State Antony Blinken about the possibility of a civil war. Blinken answered, “I don’t think that it is in anyone’s interest, to say the least, for Afghanistan to descend into a civil war, into a long war. And even the Taliban, as we hear it, has said it has no interest in that.”

In fact, Afghanistan has been in a civil war for half a century, at least since the creation of the mujahideen—including Abdul Haq—to battle the People’s Democratic Party of Afghanistan government (1978-1992). This civil war was intensified by the US support of Afghanistan’s most conservative and extreme right-wing elements, groups that would become part of Al Qaeda, the Taliban, and other Islamist factions. Never once has the United States offered a path to peace during this period; instead, it has always shown an eagerness at each turn to use the immensity of the US force to control the outcome in Kabul.

Even this withdrawal, which was announced in late April 2021 and began on May 1, is not as clear-cut as it seems. “It’s time for American troops to come home,” announced US President Joe Biden on April 14, 2021. On the same day, the US Department of Defense clarified that 2,500 troops would leave Afghanistan by September 11. In a March 14 article, meanwhile, the New York Times had noted that the US has 3,500 troops in Afghanistan even though “[p]ublicly, 2,500 US troops are said to be in the country.” The undercount by the Pentagon is obscurantism. A report by the Office of the Assistant Secretary of Defense for Sustainment, furthermore, noted that the United States has about 16,000 contractors on the ground in Afghanistan. They provide a variety of services, which most likely include military support. None of these contractors—or the additional undisclosed 1,000 US troops—are slated for withdrawal, nor will aerial bombardment—including drone strikes—end, and there will be no end to special forces missions either.

On April 21, Blinken said that the United States would provide nearly $300 million to the Afghanistan government of Ashraf Ghani. Ghani, who—like his predecessor Hamid Karzai—often appears to be more of a mayor of Kabul than the president of Afghanistan, is being outflanked by his rivals. Kabul is buzzing with talk of post-withdrawal governments, including a proposal by Hezb-e-Islami leader Gulbuddin Hekmatyar to form a government that he would lead and that would not include the Taliban. The US, meanwhile, has consented to the idea that the Taliban should have a role in the government; it is now being said openly that the Biden administration believes the Taliban would “govern less harshly” than it did from 1996 to 2001.

The United States, it appears, is willing to allow the Taliban to return to power with two caveats: first, that the US presence remains, and second, that the main rivals of the United States—namely China and Russia—have no role in Kabul. In 2011, US Secretary of State Hillary Clinton spoke in Chennai, India, where she proposed the creation of a New Silk Road Initiative that linked Central Asia through Afghanistan and via the ports of India; the purpose of this initiative was to cut off Russia from its links in Central Asia and to prevent the establishment of the Chinese Belt and Road Initiative, which now runs all the way to Turkey.

Stability is not in the cards for Afghanistan. In January, Vladimir Norov, former foreign minister of Uzbekistan and the current secretary-general of the Shanghai Cooperation Organization (SCO), addressed a webinar organized by the Islamabad Policy Research Institute. Norov said that Daesh or ISIS has been shifting its fighters from Syria to northern Afghanistan. This movement of extremist fighters is of concern not only to Afghanistan but also to Central Asia and to China. In 2020, the Washington Post revealed that the US military had been providing aerial support for the Taliban as it made gains against ISIS fighters. Even if there is a peace deal with the Taliban, ISIS will destabilize it.

Forgotten are the words of concern for Afghan women, words that provided legitimacy for the US invasion in October 2001. Rasil Basu, a United Nations official, served as a senior adviser on women’s development to the Afghan government from 1986 to 1988. The Afghan Constitution of 1987 provided women with equal rights, which allowed women’s groups to struggle against patriarchal norms and fight for equality at work and at home. Because large numbers of men had died in the war, Basu told us, women went into several occupations. There were substantial gains for women’s rights, including a rise in literacy rates. All this has been largely erased during the US war over these past two decades.

Even before the USSR withdrew from Afghanistan in 1988-89, men who are now jockeying for power—such as Gulbuddin Hekmatyar—said that they would undo these gains. Basu remembered the shabanamas, notices that circulated to women and warned them to obey patriarchal norms (she submitted an opinion piece warning of this catastrophe to the New York Times, to the Washington Post, and to Ms. Magazine, all of whom rejected it).

Afghanistan’s last communist head of government—Mohammed Najibullah (1987-1992)—submitted a National Reconciliation Policy, in which he put women’s rights at the top of the agenda. It was rejected by the US-backed Islamists, many of whom remain in positions of authority today.

No lessons have been learned from this history. The US will “withdraw,” but will also leave behind its assets to checkmate China and Russia. These geopolitical considerations eclipse any concern for the Afghan people.

Noam Chomsky is a legendary linguist, philosopher, and political activist. He is the laureate professor of linguistics at the University of Arizona. His most recent book is Climate Crisis and the Global Green New Deal: The Political Economy of Saving the Planet. 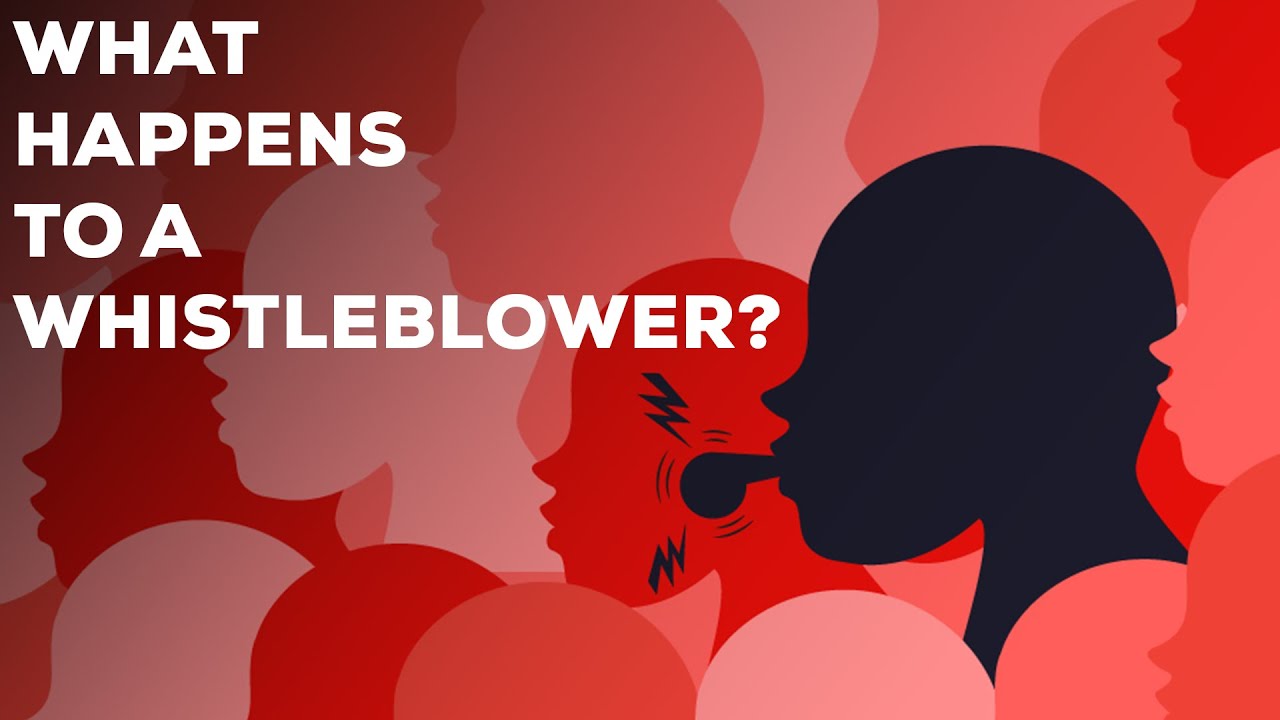 The many trials of Australian whistleblower David McBride
RECENT ARTICLES