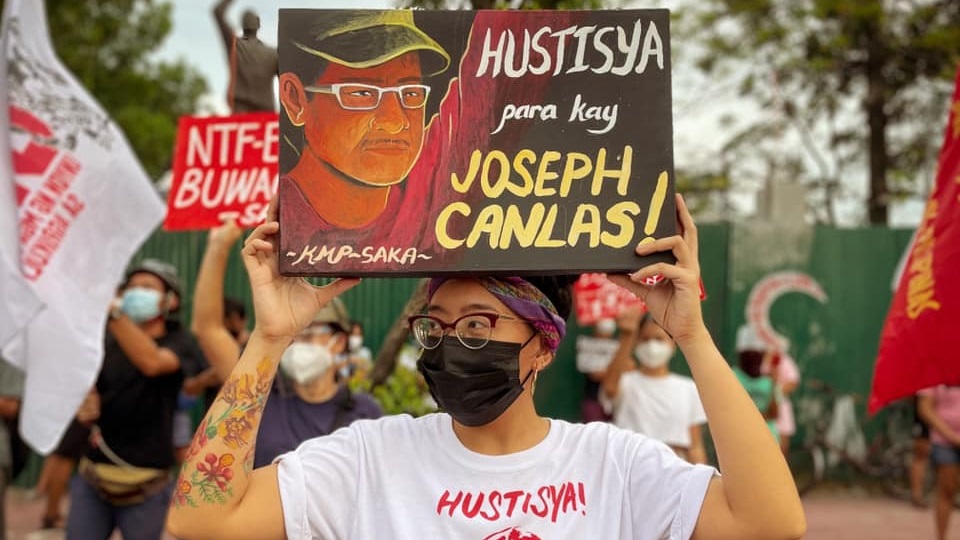 The death of a peasant leader in custody after being infected with COVID-19 has brought national attention to the plight of inmates held in prisons in the Philippines. The news of the death of Joseph Canlas on Tuesday, May 11, due to coronavirus-induced complications was received with outrage by social movements and civil society groups in the Philippines. Canlas was the leader of Kilusang Magbubukid ng Pilipinas (KMP) and a member of Anakpawis political bloc.

In addition to the neglect Canlas suffered in prison, KMP also pointed out major lapses in prison conditions in dealing with a COVID-19 outbreak. “The state’s brutal fascism killed Canlas who was exposed to COVID while in detention and under the custody of the BJMP. His unjust detention led to the swift deterioration of his health condition.”

59-year-old Canlas was arrested on March 30 during a recent round of political repression by the Duterte administration, and was held at the Angeles City Jail. He reportedly had co-morbidities like diabetes and hypertension, which were also known to prison authorities. His colleagues have pointed out that he was not tested for an infection even while he was put under quarantine after exhibiting symptoms.

Canlas’ advocate, Luchi Perez of the National Union of Peoples’ Lawyers, stated that the authorities clearly “failed to take the necessary measures in preventing this incident. There was no clear policy on health protocols, the inmates were not tested for COVID with around 90 to 100 detainees sharing the same quarantine facility in the Angeles City Jail.”

Canlas is the ninth political prisoner to have died in custody under the Duterte administration, and the fourth during the pandemic, human rights group Karapatan noted. His death has only brought to light the larger plight of prisoners and the abysmal conditions they are put under in the middle of the ongoing pandemic. KAPATID, a group advocating for the release of political prisoners, has given a call for intervention to the Philippines chief justice Alexander Gesmundo.

A statement issued by KAPATID spokesperson Fides Lim pointed out that it is the responsibility of the Supreme Court to “to protect the right to life and health of those in government custody. They include the political prisoners like Joseph Canlas who had various co-morbidities like diabetes and hypertension but was never tested for COVID-19 until he was brought to the jail’s quarantine section.”

Lim added that Canlas’s death is part of “an unknown greater number of prisoners who have succumbed to the pandemic without even having a fighting chance to live because of government inaction on abysmal jail conditions.” Lim also went ahead to point to the complete absence of data on COVID-19 infections and fatalities inside the overcrowded prisons of the Philippines.

In the meanwhile, responding to Canlas’ death, protests were held across Central Luzon by progressive groups and social movements demanding justice for him and his family. The demonstrations also called for release of political detainees.

Last year, as of October, close to 82,000 prisoners with co-morbidities and of vulnerable age groups were given early releases or paroles by the administration of Rodrigo Duterte, which could only partly help in decongesting a prison system that was over 400% above capacity. But political detainees and activists charged under counter-insurgency programs of the Duterte’s administration, continued to languish.

In September, a petition by the families of 22 political detainees, appealing for release of those arrested during counter-insurgency operations on humanitarian grounds, was effectively struck down by the apex court. The cases were then referred to local courts for bail, many which were summarily denied.

As of May 12, more than 1.1 million infections have been reported in the country, with around 18,700 casualties. The Duterte administration has been widely criticized for its inability to contain the pandemic, despite imposing the longest and harshest lockdowns in the world.