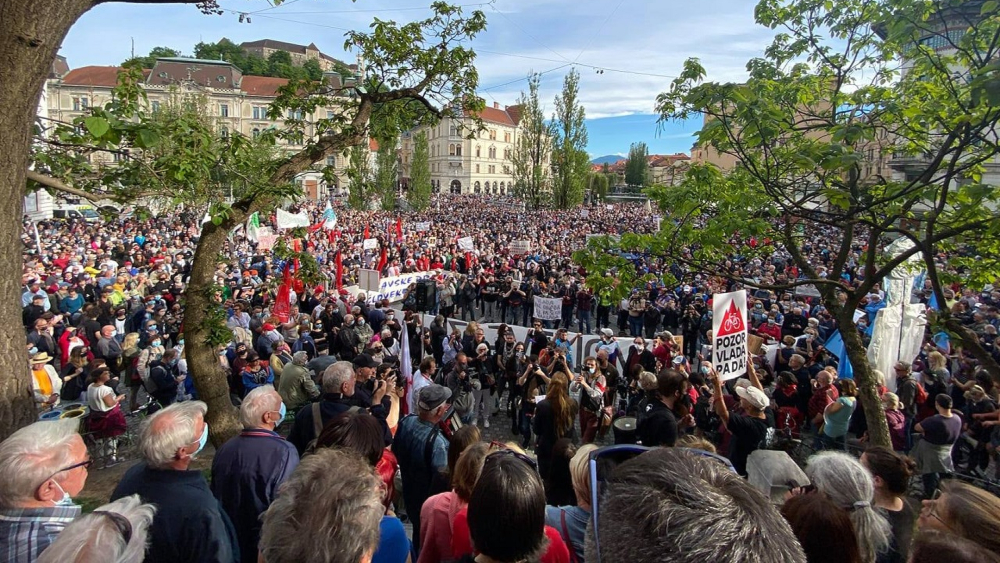 On May 28, Friday, tens of thousands demonstrated in the Slovenian capital of Ljubljana demanding the resignation of the Janez Jansa-led government and asking for re-elections. The call for mobilization was given by several civil society groups. The call was also backed by trade unions and opposition parties including the Levica (The Left). The protesters alleged that under the current government, the space for dialogue has shrunk and the fundamental rights of the citizens, freedom of the press and judiciary are under threat.

The right-wing coalition government in Slovenia has been accused of mounting repeated attacks on activists, cultural workers, NGOs, intellectuals and the media. The government has also received widespread criticism for its bid to increase military spending instead of strengthening public health care during the pandemic, diluting environmental regulations and attacking workers rights.

On May 27, Janez Janza narrowly survived an impeachment vote in the National Assembly. 44 members of parliament (MP) sided with him while 42 MPs voted to impeach. Meanwhile, the ruling coalition’s attempt to dismiss the speaker of Slovenian parliament, Igor Zorčič, failed as they managed to get the vote of only 45 MPs, one short of simple majority in the 90 seat National Assembly. The voting was held by secret ballot. Earlier, Igor Zorcic had quit one of the governing coalition parties and also survived a similar attempt of removal from office through  a parliamentary vote.

Following the anti-government mobilization in Ljubljana, leader of the Levica and an MP, Luka Mesec, said on social media that “yesterday the government got two serious reminders that it can’t go on like this anymore…It’s time for the election!”

Even though the National Assembly’s tenure is till 2022, the dynamics between the political parties and coalitions in the National Assembly remains sensitive since the last elections held in 2018. In the parliamentary elections held in June 2018, due to the lack of clear mandate for any particular party or coalition, it took almost three months to form a cabinet. On September 13, 2018, under the leadership of Marjan Sarec, a coalition government including List of Marjan Sarec (LMS), Social Democrats (SD), Modern Centre Party (SMC), SAB and DeSUS, with the support of Levica, took charge. In 2019, Levica and nine other MPs withdrew support to the government due to disagreements over supplemental health insurance which Levica wanted abolished.

In January 2020, Marjan Sarec resigned due to further rifts in the incumbent coalition. Janez Jansa from the right-wing Slovenian Democratic Party (SDS) became the prime minister in March 2020, forming a coalition with SDS, Modern Centre Party (SMC) and New Slovenia Party (NSi) with the support of the far-right Slovenian National Party (SNS) and two MPs from the national minorities. Within a year of taking office, Janza has emerged as an exponent of the far-right in the region, often sharing his admiration for former US president Donald Trump and becoming an ally of Hungary’s right-wing prime minister Viktor Orban. 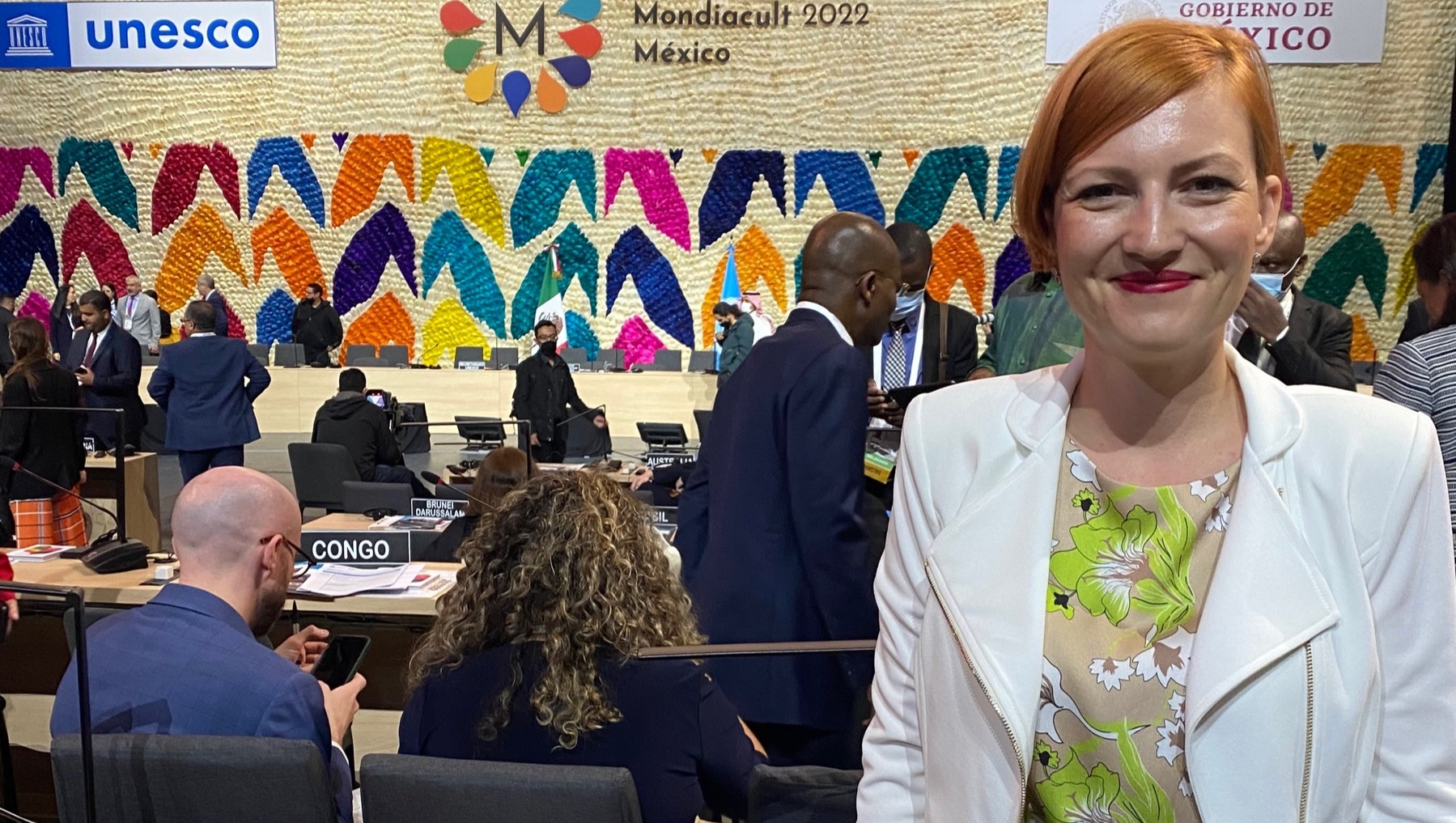 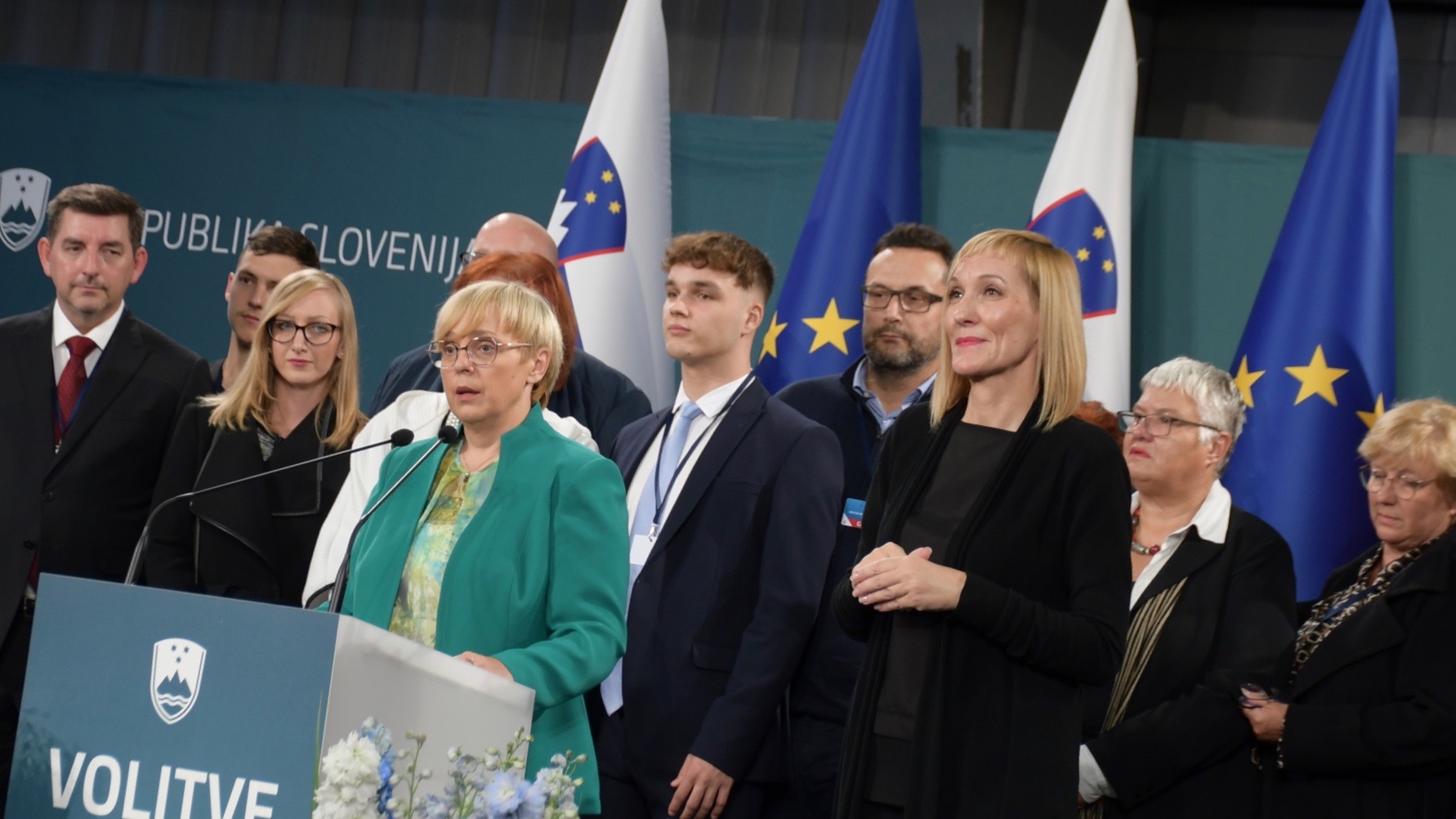