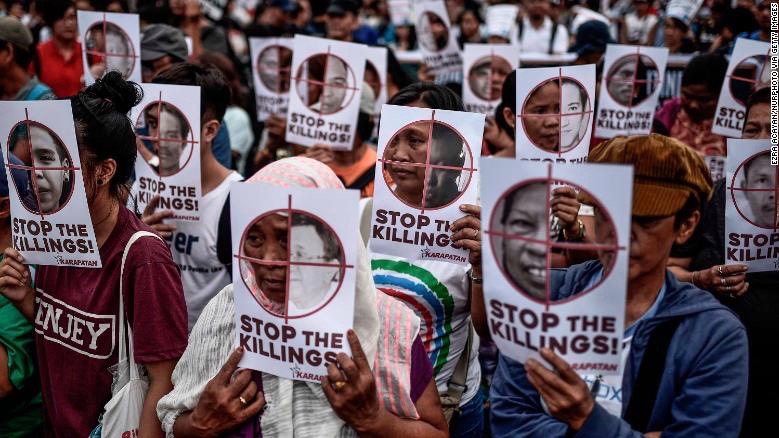 Two farmers and one child were killed in a military firing incident in southern Philippines as the military escalates the conflict with the militant communist insurgents. According to human rights group Karapatan, on Wednesday, June 15, the 3rd Special Forces Battalion (SFB) of the Philippine Army indiscriminately fired at a group of farmers in Lianga in the province of Surigao del Sur in the Caraga region of Mindanao.

The news was broken by Karapatan’s Caraga chapter on Thursday as the 25th massacre to take place since Rodrigo Duterte became the president of the country. Those killed – Willy Rodriguez, Lenie Rivas and her 12 year-old sister, Angel Rivas – were initially presented by the 3rd SFB as insurgents part of the New People’s Army (NPA), the armed wing of the Communist Party of the Philippines (CPP).

Contrary to claims of the army, Angel Rivas was a sixth grade student at the local Lumad school while the adults were part of a Lumad (a Filipino term for the Indigenous peoples) organization called Malahutayong Pakigbisog alang sa Sumusunod (Mapasu). All three belonged to the Indigenous Manobo tribe.

Online news portal Bulatlat reported that according to Rius Valle, the spokesperson of Save Our Schools (SOS) Network that works to protect Lumad schools across Philippines, the three were part of a group of six individuals who went to the farm to gather abaca hemp. The other three reportedly escaped the firing.

The soldiers who fired at the farmers claimed that they had acted in self-defense, even though the group had asked for permission from the military to visit the farm. “State forces employing ‘nanlaban’ (self-defense) narrative is a worn-out excuse used to escape accountability,” Valle said. The anti-insurgency agency National Task Force to End Local Communist Armed Conflict (NTF-ELCAC) even reported that the 3rd SFB shot down two militants and a child soldier, and also apparently discovered firearms.

The army later tried to justify the deaths as collateral damage in pursuit of communist insurgents. “This atrocity and lies only further the rage of the Lumad, and the advocates of Lumad and human rights over the military’s bloodlust,” the SOS Network said in their statement. According to Karapatan’s initial report, the bodies of the three victims were transported to the military base in St. Christine in Lianga.

The victims’ families and the SOS Network have alleged that the bodies were mutilated and raised concerns that they may have been sexually assaulted. According to SOS Network, the families found their faces mutilated beyond recognition and their genitals were found to be torn. The report prompted further outrage with activist groups pointing to a previous call made by Duterte to soldiers asking them to “shoot female rebels in the vagina.”

“Those words have since transformed into the reality for Filipino women, New People’s Army combatants and civilians alike,” said women’s rights group Gabriela Women’s Party. “The brutality that the military dealt upon the female Lumad victims in the Lianga massacre, especially 6th-grade student Angel Rivas, is a stark testament to this macabre reality.”

Gabriela also called for the military to be held accountable. “The AFP (Armed Forces of the Philippines) must be held to account for its countless crimes against the Filipino people, especially towards Lumad women and the women of other indigenous peoples in the Philippines,” their statement added.

Based on reports from Karapatan, Bulatlat and SOS Network