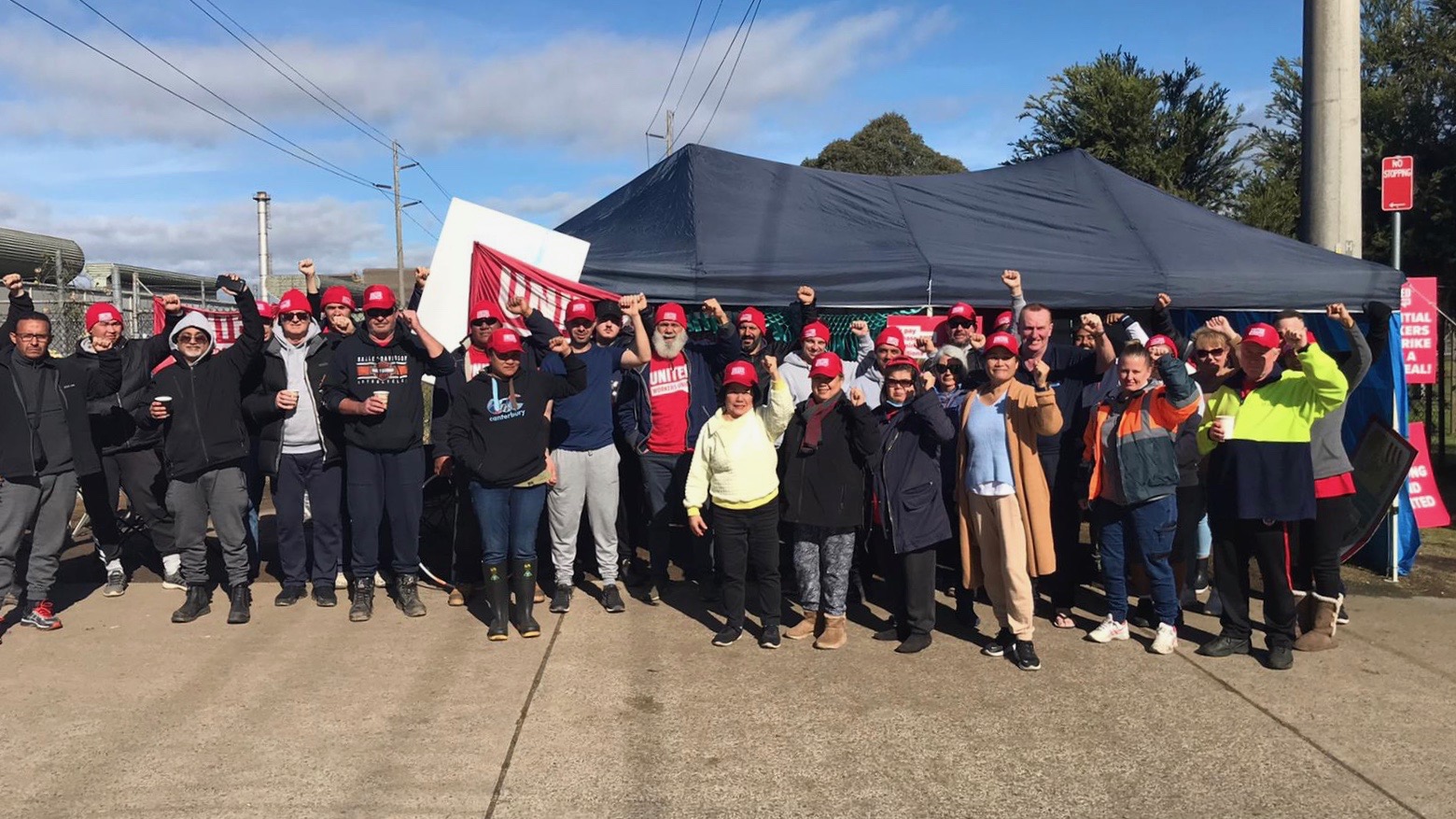 Around 90 Australian workers at the General Mills factory in New South Wales have been on strike for nearly three weeks. On Wednesday, June 23, the national leadership of the United Workers Union (UWU) called for a national boycott of General Mills products, especially their highly popular Old El Paso and Latina Fresh brands. The boycott is an attempt to expand what the UWU calls the “David vs Goliath battle against one of the world’s biggest food manufacturers.”

The UWU is one of the largest trade union confederations in Australia, consisting of more than 150,000 workers from 45 industrial sectors. It is often called the largest blue-collar trade union in the country. A boycott call from UWU can have serious consequences for the company. The UWU stated, “Let’s show General Mills they messed with the wrong union.”

Workers at the General Mills factory in Rooty Hill, a Sydney suburb, have been on a strike since June 4 after the company refused to accept demands for wage hike rates and proposed to make changes to work conditions in the factory. This is the first strike by workers at any General Mills facility in Australia in the past two decades.

The UWU branch organizing the workers in Rooty Hill has been bargaining with the company for nearly six months for a three-year contract. Among the several demands put forward by workers, a crucial one is an annual pay rise of 3% for the next three years as the workers had to put in extra time and effort during the COVID-19 pandemic. The company rejected these demands and previously offered only a 2% hike in the first year and 1.25% rise per year for the next two years of the contract.

In the latest negotiations, when the UWU was ready to accept a 3% annual pay rise with no change in work conditions, the company rejected it and did not give a counter offer.

“The company, rather than recognizing the workers as essential workers and valuing their labor, has instead punished them. It has attempted to undermine good union jobs that have been won and defended for over a quarter of a century,” said Tom Sayers, a UWU official, speaking to The Guardian, weekly publication of the Communist Party of Australia (CPA),

According to the union, as essential workers, most of its members undertake 12-hour shifts and even multiple weekend shifts to keep up with increasing demand and labor shortages during the pandemic. While they were paid overtime, workers still feel short-changed for their contribution to the company’s tremendous rise in fortunes.

UWU’s letter to the General Mills management states, “Throughout 2020 and 2021, as essential workers, we worked extra-long hours to keep up with massive increases in demand during the pandemic. We thought this would mean that General Mills would listen to our demands: But we were wrong!”

Workers also argue that the company has raked in billions in profits, both globally and in Australia, over the past few years. UWU pointed out the company’s profits have increased by 40% in the last five years and it has raked in USD 26 billion in net revenue for the year 2019-2020.

Union officials have noted that at the height of the pandemic, the company saw a 14% increase in profits for a 21-week period ending August 2, 2020. It also saw a net sales increase of USD 4.5 billion in the third quarter of 2020-2021, which translates to an 8% rise year-over-year. The company thus has the capacity to meet the workers’ demands.

Workers have also complained of “rampant casualization and low wage growth” and the emergence of a two-tiered wage system which keeps new hires stuck in low wages. Many workers have been employed for five years or more under insecure contracts and the company has refused to make them permanent. A sizeable portion of these workers belong to migrant groups like Filipino-Australians.

Sayers told The Guardian that the casualization and tiered system of wages “has become increasingly common in food manufacturing, and it’s an attempt to split the workforce.”

Many of the casual workers have also reportedly been threatened with job loss and forced to cross the picket line. The company has begun outsourcing work using a labor hire firm called Chandler Mcleod to compensate for the striking workers.

UWU has presented a sense of workers’ unity and solidarity in this struggle. The striking workers’ families, along with members and leaders from its other units in New South Wales, and others like the NSW Teachers’ Federation, Filipino groups like Migrante NSW, Yapak, Bayan, and Anakbayan, have all joined the striking workers at the picket line in large numbers. Workers have also received support from political parties like the CPA and the Australian Labor Party (ALP).