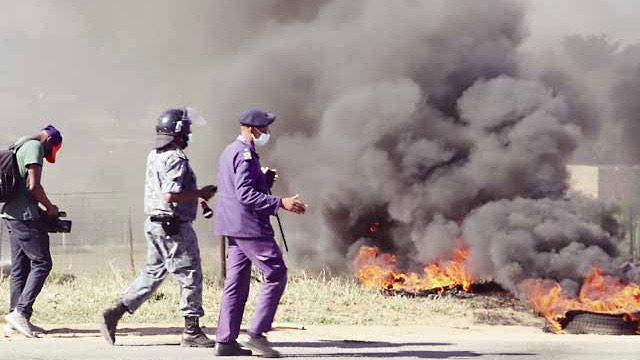 Residents in at least four of Swaziland’s 59 constituencies held demonstrations over the weekend against the rule of King Mswati III, Africa’s last absolute monarch. The protesters were unfazed by bullets, batons and tear gas used by security forces to enforce the ban on the ongoing pro-democracy protests.

Several protesters were injured in the police action. A father rescuing his child who had collapsed after inhaling tear gas was allegedly shot in the back on Friday, June 25, when police attacked residents of Msunduza township who were marching to deliver a petition to the member of parliament from Mbabane East.

Zanela Maseko, vice-secretary of the Women’s League of the People’s United Democratic Movement (PUDEMO), was among those arrested, the organization said in a statement that evening. She is expected to be produced in court on Monday, June 28.

“Let us intensify our call for freedom and bravely participate in the activities slated for tomorrow, the 26th of June,” PUDEMO said, adding that “Mswati’s makeshift government” is approaching its end.

Over a dozen others were allegedly arrested from the Siphofaneni constituency in Lubombo region. The residents there had mobilized for a similar march on Saturday, demanding democratic reforms, including the right to elect a prime minister. The prime minister is currently appointed by the king, along with other ministers in the cabinet.

Mcolisi Ngcamphalala, the deputy general secretary of the Communist Party of Swaziland (CPS), was stopped on his way to the march at a roadblock set up by the police. On identifying him as the regional leader of the radical Swaziland National Association of Teachers (SNAT) and a leading member of the CPS, two police men in plain clothes reportedly seized him and forced him out of the car, ostensibly because he had taken pictures.

“I was kicked all over the body, held by my genitals and bundled into a police van to Siphofaneni police station,” Ngcamphalala said. He was allegedly tortured for two hours while being interrogated at the station about the role of CPS in the protest movement, among other other things.

The role played by CPS cadres in organizing their local communities for pro-democracy actions against the king is publicly acknowledged by the party and has been reported as well. The party’s call to defy the ban imposed on Thursday and proceed with the protest action was also shared across social media.

“They did not torture him to extract any information. It is a message to intimidate other members of the party,” Pius Vilakati, international secretary of the CPS, told Peoples Dispatch. After two hours of physical abuse, the police drove him to Duze, a rural area outside the town, and abandoned him there.

With no buses going back to town after mid-day, Ngcamphalala was stranded in this scantily populated area where houses are located at a considerable distance from each other. With no help at hand, he had to walk for over an hour in an injured state before he could receive medical attention.

The severely underfunded medical facilities in the country have been running short of medicines and equipment since well before the start of the pandemic. “So he could receive only basic first aid. He needs to go to a hospital this week again to get tested for any internal injuries he may have sustained during torture,” Vilakati said.

In the meantime, Siphofaneni had turned into what the Swazi Observer described as a “war zone”, where “teargas canisters were fired throughout the day” by the police who struggled to prevent the around 3,000 protesters from marching to the office of the constituency’s MP, Mduduzi Simelane.

In Swaziland, members of parliament are directly appointed by the king for two-thirds of the seats in the upper house and about 12% of the seats in the lower house. For the remaining seats, only those approved by the chiefs who exercise power on behalf of the monarch in their respective chiefdoms can contest the elections as individuals and not as representatives of political parties. Political parties have been banned by the monarchy since 1973.

The application of the law which automatically criminalizes individuals for holding membership of banned parties has been relaxed since the 2000s in order to avoid criticism from western powers as relations with these countries are greatly valued by King Mswati. However, parties have no space in parliamentary politics in the country.

In such a toothless parliament which can be dissolved at the will of the king, MP Simelane has emerged as one of the very few pro-democracy voices. He did not hesitate to meet his constituents when they marched to deliver the petition. However, attempts by the police to stop the protesters escalated the situation into a riot.

Under attack, a group of protesters sought to divert the security forces by starting fires on the roads leading to the town in order to block the traffic and tie up the police water cannons which moved from dousing one fire to another.

As per Vilakati, the clashes aggravated further later in the day when the protesters decided to change the destination of march and head instead to the house of the acting prime minister, Themba Masuku, who resides in the area. It was Masuku who had issued the order banning the protests.

With both police and protesters determined, clashes went on till late into the night. Some vehicles and shops were also burnt. The police opened fire near the office of the MP from Ntondozi constituency in Manzini district after around 1,000 protesters marched there earlier in the day at noon.

Cracks in the security forces

Described by Vilakati as the “king’s bodyguard”, Mangaliso Nkwanyana, a member of the Umbutfo Eswatini Defence Force (UEDF), was among those arrested that day. Accusing him of leading the protest, the police handed him over to the Military Police in Phocweni.

While Vilakati did not discount the possibility that Nkwanyana may have been there on intelligence work to gather information about the protesters, Swaziland News reported that disaffection with the monarchy and sympathy for the pro-democracy movement is increasing among the security forces by the day.

The South Africa-based dissident publication also quoted an unnamed soldier saying that the forces are running short of petrol, and “if these protests could continue for at least three weeks, the security forces would be grounded and the people would march without being disturbed..   The good strategy here is to organize the protests in all constituencies around the country at the same time so that security forces could be scattered and use more resources.”

The security forces thus appear to be cracking under the strain of confronting the anti-monarchy protest movement which, for the first time, has spread across rural areas. Even prior to the protests over the weekend, people had mobilized to take action in 25 of Swaziland’s 59 constituencies.

Meanwhile, cadres of the CPS and other anti-monarchist organizations such as PUDEMO are working on mobilizing residents of those constituencies which have not yet seen protests. 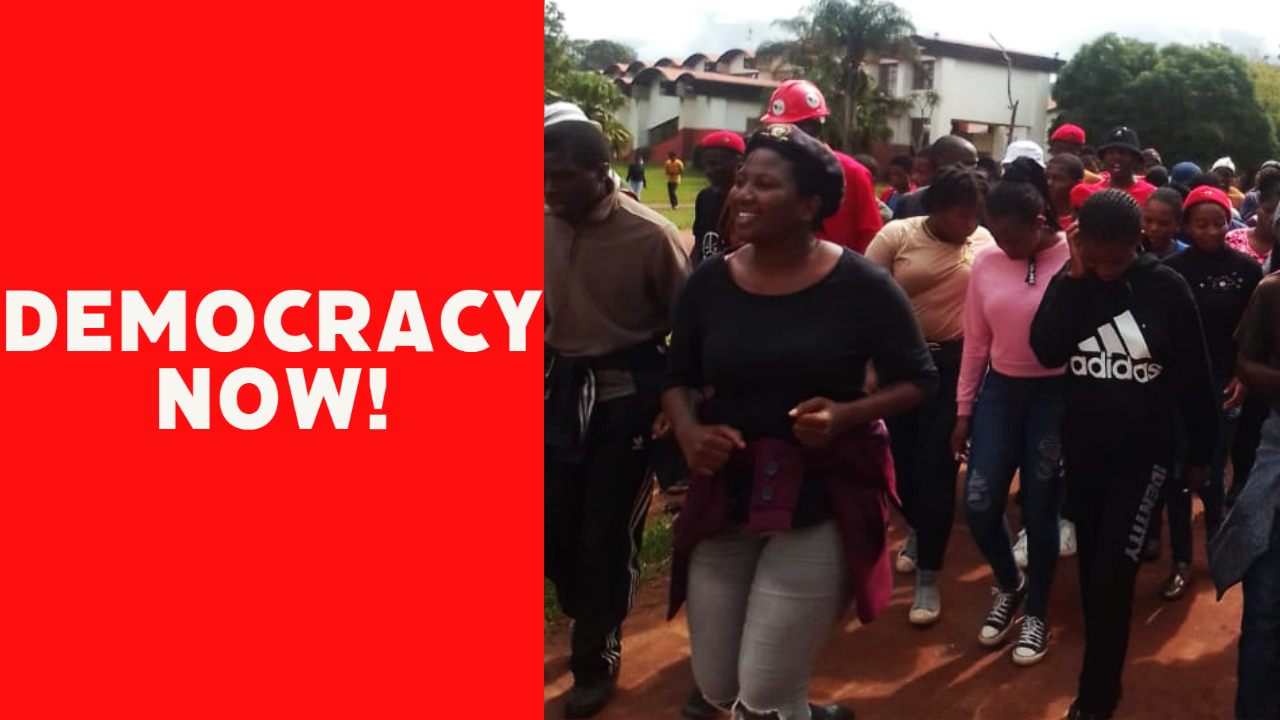