Canada is developing a new image: one of burning churches, toppling statues, and mass graves. There are thousands more unmarked graves, thousands more Indigenous children killed at residential schools, remaining to be unearthed. There can be no denying that this is Canada, and it has to change. But can Canada transform itself for the better? If the revelation of the mass killing of Indigenous children is to lead to any actual soul-searching and any meaningful change, the first order of business is for Canada to stop its all-front war against First Nations. Much of that war is taking place through the legal system.

Canadian politicians have said as much, adopting a motion in June calling for the government to stop fighting residential school survivors in court. A long-standing demand, it has been repeated by Indigenous advocates who have expressed amazement in the face of these horrific revelations that the Canadian government would nonetheless continue to fight Indigenous survivors of systematic child abuse by the state.

To get a sense of the scope of Canada’s legal war on First Nations, I looked at a Canadian legal database containing decisions (case law) pertaining to First Nations. I also looked at the hearing lists of the Federal Court of Canada for ongoing cases. My initial goal was to identify where Canada could easily settle or abandon cases, bringing about a harmonious solution to these conflicts. Two things surprised me.

The second thing: Canada is losing.

The Attack on Indigenous Children and Women

In his 1984 essay “‘Pioneering’ in the Nuclear Age,” political theorist Eqbal Ahmad argued that the “four fundamental elements… without which an indigenous community cannot survive” were “land, water, leaders and culture.” Canada fights Indigenous people over land, water, fishing rights, mining projects, freedom of movement, and more. The assault on Indigenous nations is also a war against Indigenous children and women.

Note that this isn’t about the history of residential schools. It’s about discrimination against Indigenous kids in the present day. “In fact, the problem might be getting worse,” writes Blackstock, compared to “the height of residential school operations.” As evidence, she refers to a 2005 study of three sample provinces showing a wide gap between the percent of First Nations children in child welfare care (10.23 percent) compared to a much lower rate for non-First Nations children (0.67 percent). In 2006, following the Canadian government’s repeated failures to act on the inequity described in this report (which also included comprehensive suggested reforms that had both moral and economic appeal), Blackstock writes, “the Caring Society and the Assembly of First Nations agreed that legal action was required.” The CHRT was very clear in its 2019 decision that the federal government should compensate each victim the maximum amount, which addressed the victims as follows:

“No amount of compensation can ever recover what you have lost, the scars that are left on your souls or the suffering that you have gone through as a result of racism, colonial practices and discrimination.”

In May 2021, Canada, which has spent millions of dollars fighting this case, tried to overturn the CHRT’s ruling.

As Bob Joseph outlines in his 2018 book 21 Things You May Not Know About the Indian Act, Canada first gave itself the right to decide Indian status in the Gradual Civilization Act of 1857, which created a process by which Indigenous people could give up their Indian status and so become “enfranchised”—which they would have to do if they wanted to attend higher education or become professionals. The apartheid system was updated through the Indian Act of 1876, from which sprang many evils including both the residential schools and the assertion of Canadian control over the way First Nations govern themselves. In 1927, when Indigenous veterans of World War I began to hold meetings with one another to discuss their situation, Canada passed laws forbidding Indigenous people from political organization and from raising funds to hire legal counsel (and from playing billiards, among other things). The Indian Act—which is still in effect today with amendments, despite multiple attempts to repeal it—outlawed traditional governance structures and gave Canada the power to intervene to remove and install Indigenous governance authorities at will—which Canada did continuously, from Six Nations in 1924 to Barriere Lake in 1995. As a result, at any given moment, many First Nations are still embroiled in lawsuits over control of their own governments.

Canada controls the resources available to First Nations, including drinking water. In another national embarrassment, Canada has found itself able to provision drinking water to diamond mines but not First Nations. This battle too has entered the courts, with a class-action suit by Tataskweyak Cree Nation, Curve Lake First Nation, and Neskantaga First Nation demanding that Canada not only compensate their nations, but also work with them to build the necessary water systems.

Canada dribbles out humiliating application processes by which Indigenous people can try to exercise their human right to housing. When combined with the housing crisis on reserves, these application processes have attracted swindlers like consultant Jerry Paulin, who sued Cat Lake First Nation for $1.2 million, claiming that his efforts were the reason the First Nation received federal funds for urgent housing repairs.

Canada uses the threat of withdrawal of these funds to impose stringent financial “transparency” conditions on First Nations—the subject of legal struggle, in which Cold Lake First Nations has argued that the financial transparency provisions violate their rights. Canada has used financial transparency claims to put First Nations finances under third-party management, withholding and misusing the funds in a not-very-transparent way, as the Algonquins of Barriere Lake charged in another lawsuit. An insistence on transparency is astounding for a country that buried massive numbers of Indigenous children in unmarked graves.

Win or lose, the lawsuits themselves impose high costs on First Nations whose finances are, for the most part, controlled by Canada. The result is situations like the one where the Beaver Lake Cree are suing Canada for costs because they ran out of money suing Canada for their land. When First Nations are winning in court, Canada tries to bankrupt them before they get there.

Land and Resources Are the Core of the Struggle

The core issue between Canada and First Nations is land. Most battles are over the land on which the state of Canada sits, all of which was stolen and much of which was swindled through legal processes that couldn’t hold up to scrutiny and are now unraveling. “[I]n simple acreage,” the late Indigenous leader Arthur Manuel wrote in the 2017 book The Reconciliation Manifesto, this was “the biggest land theft in the history of mankind,” reducing Indigenous people from holding 100 percent of the landmass to 0.2 percent. One of the most economically important pieces of land is the Haldimand tract in southern Ontario, which generates billions of dollars in revenue that belongs, by right, to the Six Nations, as Phil Monture has extensively documented. Six Nations submitted ever-more detailed land claims, until Canada simply stopped accepting them. But in July, their sustained resistance led to the cancellation of a planned suburban development (read: settlement) on Six Nations land.

Many of the First Nations court battles are defensive. Namgis, Ahousaht, Dzawada’enuxw, and Gwa’sala-’Nakwaxda’xw First Nations have tried to defend their wild fisheries against encroachment and pollution by settler fish farms. West Moberly, Long Plain, Peguis, Roseau River Anishinabe, Aroland, Ginoogaming, Squamish, Coldwater, Tsleil-Waututh, Aitchelitz, Skowkale, and Shxwha:y Village First Nations challenged dams and pipelines. Canada has a history of “pouring big money” into these court battles to the tune of tens of millions—small money compared to its tens of billions subsidizing and taking over financially unviable pipelines running through Indigenous lands—including that of the Wet’suwet’en, whose resistance sparked mass protests across Canada in 2020. The duty to consult First Nations on such projects is itself the outcome of a legal struggle, won in the 2004 decision in Haida Nation v. British Columbia.

First Nations who were swindled or coerced out of their lands (or water, as with Iskatewizaagegan No. 39 Independent First Nation’s case against Winnipeg and Ontario for illegally taking their water from Shoal Lake for use by the city of Winnipeg starting in 1913) fight for their land back, for compensation, or both. The Specific Claims Tribunal has 132 ongoing cases. In Saskatchewan in May, the tribunal awarded Mosquito Grizzly Bear’s Head Lean Man First Nation $141 million and recognition that they never surrendered their land as Canada had claimed they had in 1905. In June, Heiltsuk First Nation won a part of their land back.

First Nations also fight for their fishing rights in courts and out on the water, as settler fishers have physically attacked and tried to intimidate Mi’kmaw fishers on Canada’s east coast. In June, on the west coast, after the British Columbia Court of Appeals found against Canada, the federal government announced it wouldn’t appeal, dropping a 15-year litigation that restricted Nuu-chah-nulth First Nations fishing quotas.

Why does Canada keep fighting (and losing) even as its legitimacy as a state built on theft and genocide crumbles? It’s not merely the habits of centuries. It’s also the absence of any project besides the displacement of First Nations and the plunder of the land. Canada could take the first step to ending all this by declaring a unilateral ceasefire in the legal war. Too few Canadians understand that this would actually be a very good thing. First Nations lived sustainably for thousands of years in these extraordinary northern ecosystems. Then the European empires arrived, bringing smallpox and tuberculosis among other scourges. Local extinctions of beaver and buffalo quickly followed, as well as the total extinction of the passenger pigeon. Today’s settler state has poisoned pristine lakes with mine tailings, denuded the country’s spectacular forests, and gifted the atmosphere some of the world’s highest per capita carbon emissions (seventh in the world in 2018—more than Saudi Arabia, which was 10th, and the U.S., which was 11th). Indigenous visionaries have better ideas, such as those presented by Leanne Betasamosake Simpson and Arthur Manuel, or for that matter the Red Deal and the People’s Agreement of Cochabamba.

Under Indigenous sovereignty, Canadians could truly be guests of the First Nations, capable of fulfilling their obligations to their hosts and their hosts’ lands, rather than the pawns of the settler state’s war against those from whom the land was stolen.

Justin Podur is a Toronto-based writer and a writing fellow at Globetrotter. You can find him on his website at podur.org and on Twitter @justinpodur. He teaches at York University in the Faculty of Environmental and Urban Change. 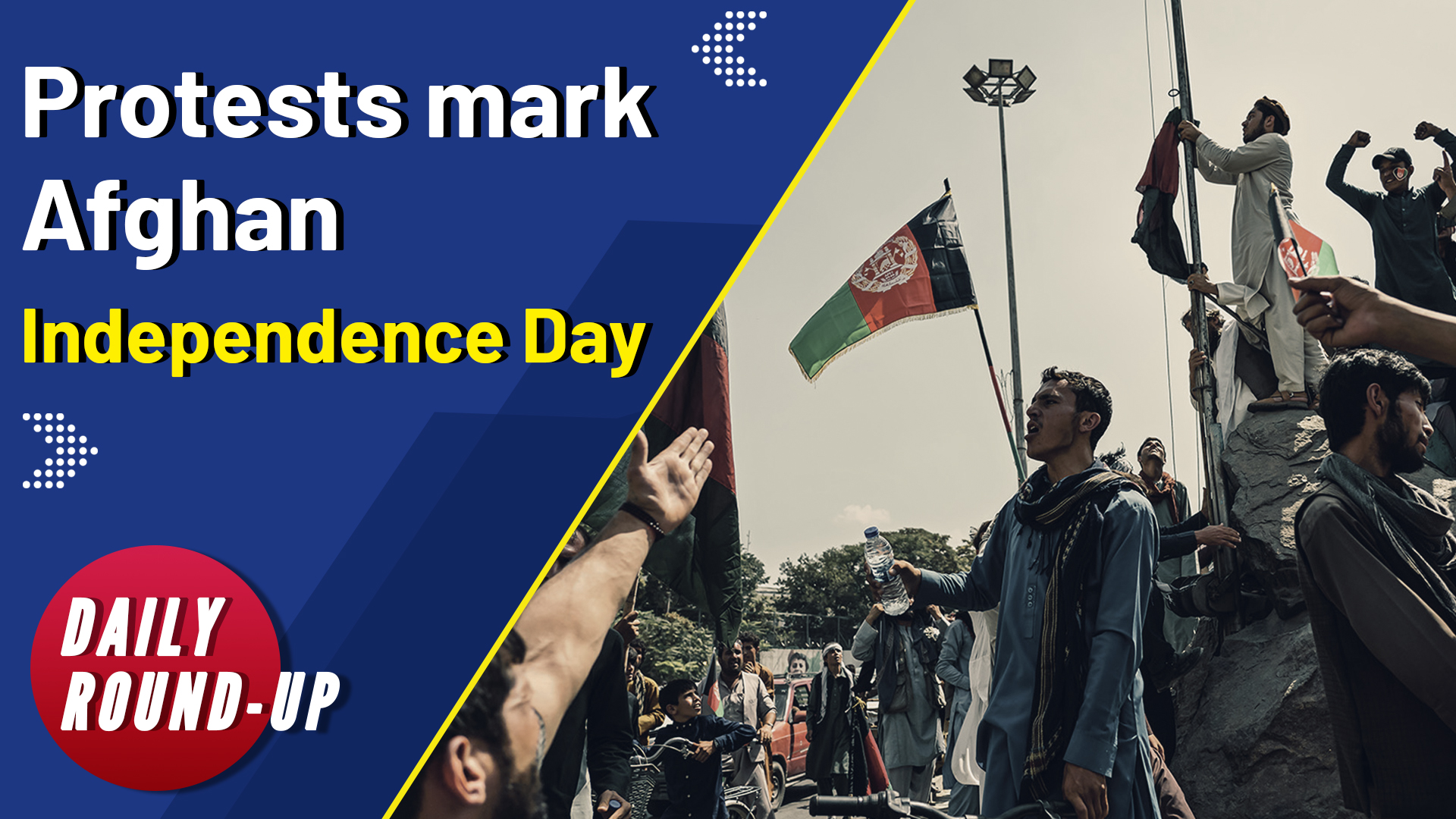 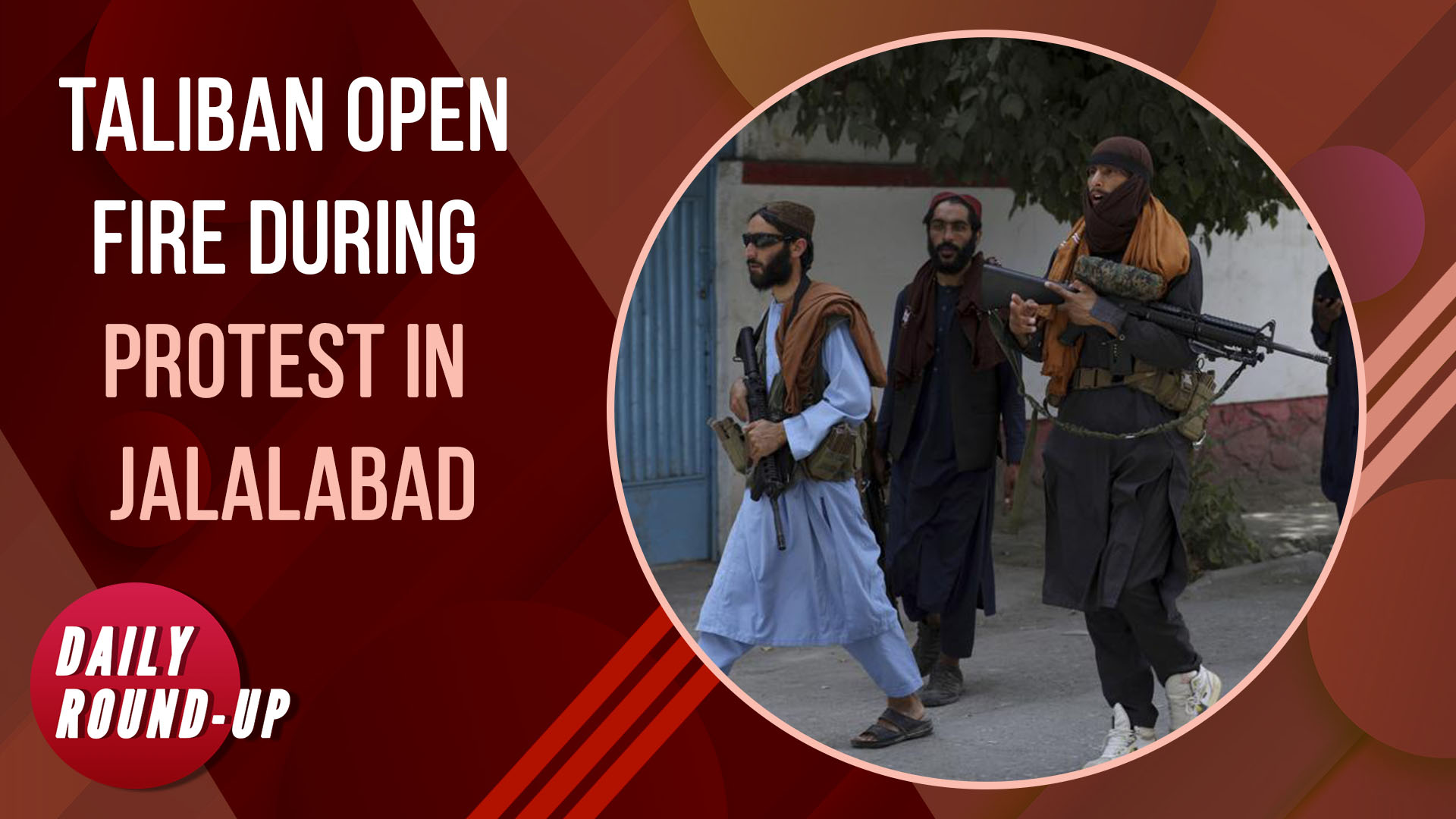 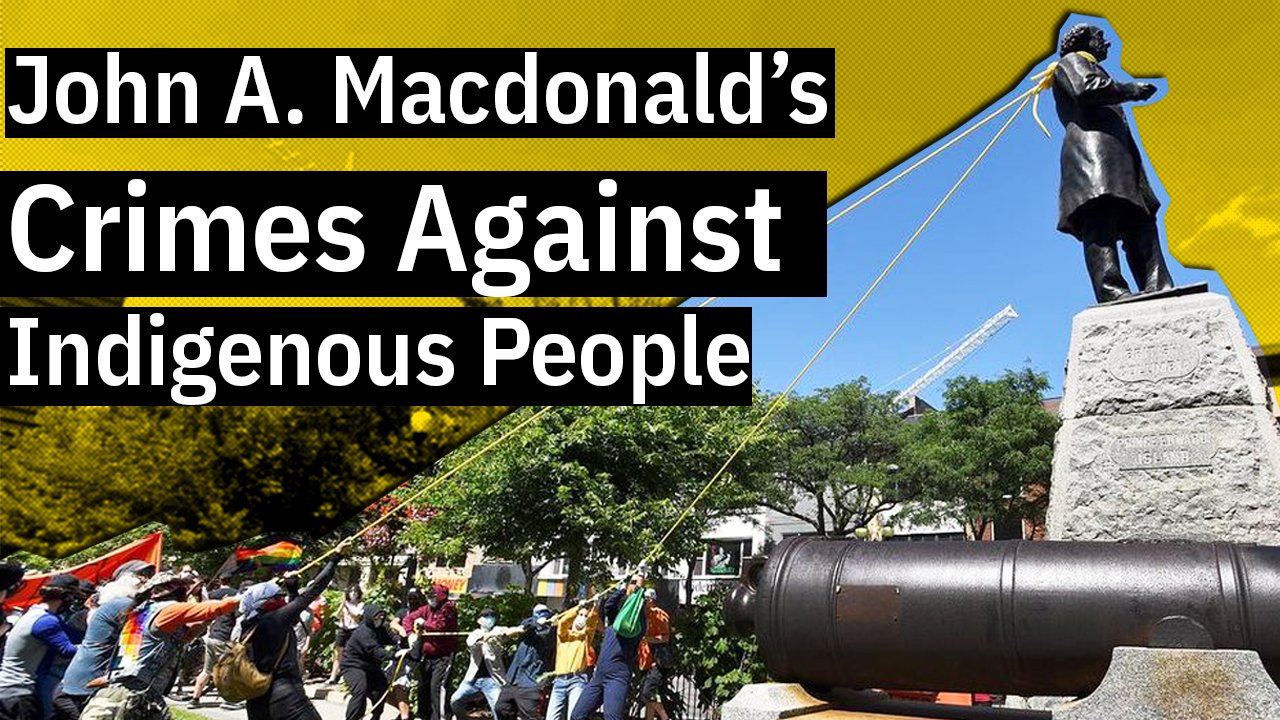