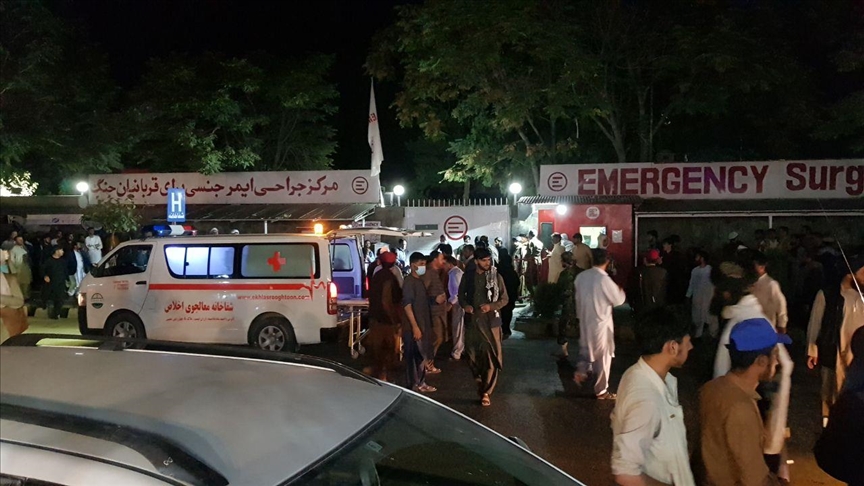 The death toll in Thursday’s twin blasts near the Kabul airport in Afghanistan rose to 169, according to the Associated Press, with over 150 suffering injuries. The responsibility for the blasts was claimed by Islamic State in Khorasan Province (ISKP or ISS-K) which claims to be an offshoot of ISIS.

The dead include 13 US soldiers who were deployed to oversee the evacuation of Americans and Afghans who worked with American troops in the last 20 years. The Taliban also claimed that at least 28 of its members were killed in the blasts.

The number of American troops killed in Thursday’s blasts is the second highest since August 2011 when 30 of its service members were killed in an attack on Chinook Helicopter. They were also the first US casualties in the last 18 months in Afghanistan.

According to the reports, the blasts occurred among the people gathered near the Abbey Gate of the Hamid Karzai International Airport and Baron Hotel located nearby. Reuters quoted a US official as saying that at least one of the attacks was carried out by a suicide bomber.

Thousands of Afghans and foreign nationals have gathered at the airport since the Taliban took control over Kabul on August 15. The airport is also full of staff of various embassies which have been closed since then and Afghans desperate to leave the country in anticipation of the nature of Taliban’s rule and fear of its retribution.

Various countries including the US, the UK and Australia had issued warnings of terrorist attacks at the airport a day before the blasts identifying ISS-K as a possible attacker. ISS-K is considered a rival of Taliban in Afghanistan. They had asked the Afghans and others to leave the airport as a security matter.

The US has deployed nearly 6,000 of its troops to assist in the evacuation process and controls the management of the airport. Taliban forces control the outer security of the premises since their take over of Kabul on August 15.

Taliban claimed that the blasts occurred in an area of the airport which was under the US control. Its spokesperson Suhail Shaheen also said that those responsible for the blasts are “evil circles” against whom “strict action” would be taken.

Following the blasts several countries including Norway, Canada, Belgium and others have announced that their evacuation process is over in Afghanistan. Turkey too announced the withdrawal of its troops which were guarding the airport for the last six years.

Following the blast president Joe Biden vowed to take revenge saying that, “ I will defend our interest in our people with every measure at my command.” He also confirmed that the evacuation will continue and will be finished within the August 31 deadline.