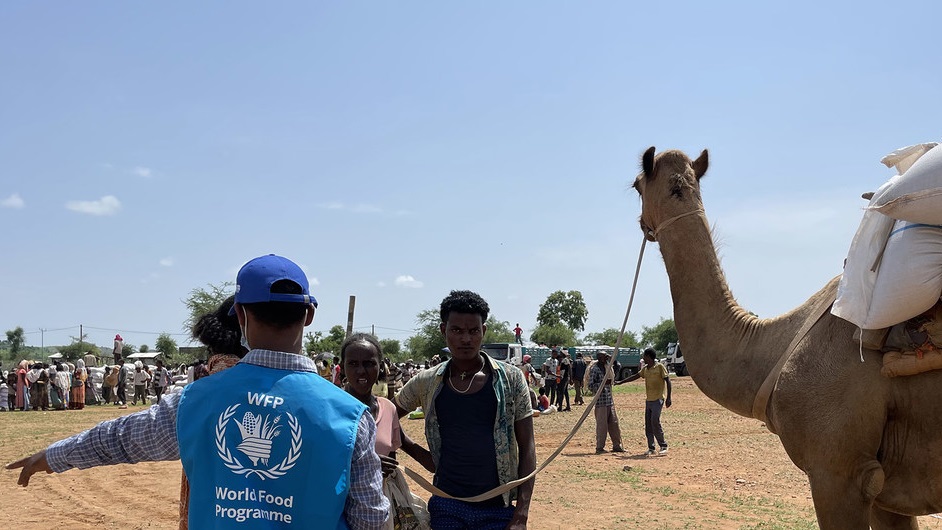 Under mounting domestic pressure to check the advances of the Tigray People’s Liberation Front (TPLF) which has displaced hundreds of thousands in the northern States of Amhara and Afar, the Ethiopian government carried out airstrikes on October 18 and 20.

The strike on Wednesday was reportedly against a factory used by the TPLF to repair armaments. On Monday, the state-run Ethiopian Press Agency reported that the target was a “communication and network facility” used by the TPLF in Mekelle, the capital city of the northernmost State, Tigray. The TPLF, which had started the civil war in November 2020 by attacking a federal army base in this city, claimed civilian casualties in the airstrike.

Citing local healthcare workers, Jens Laerke, spokesperson of the UN’s Office for the Coordination of Humanitarian Affairs (OCHA), said on Tuesday that nine people were injured in one of the strikes that hit the city on Monday. In another strike that hit a target in the outskirts of Mekele, he said, three children were killed.

While this made the headlines in most international media, the contested reports about the march of the TPLF further down south on Dessie, the largest city in Amhara’s South Wollo zone, remains largely ignored, despite its ominous implications for the internally displaced persons (IDPs).

The IDPs in this city are those who had managed to flee the TPLF’s massacres, rapes, looting, and destruction of food crops and cattle in other regions of Amhara. These include Kobo town, 170 kilometers to the north of Dessie, where hundreds of civilians were reportedly killed between September 8 and 9. According to eye-witness accounts, the TPLF fighters went on a door-to-door campaign, killing men, women and children alike.

Similar massacres have also been reported in and around several other towns in this State, which has the second-largest concentration of Ethiopia’s population. Only a day before this massacre began, two mass graves of over a 100 dead bodies were discovered in the Chenna Teklehaimanot locality of Dabat District of the North Gondar, after the area was liberated from the TPLF’s occupation by the federal troops and Amharan militia.

Here too, eyewitnesses claim, the TPLF went door-to-door on a killing rampage on September 3 and 4, after facing setbacks on the frontline which forced them to retreat. Traumatized survivors of such atrocities from many towns and villages, including victims of rape from Mersa – 80 kilometers to the north of Dessie – took refuge in this city.

Over the last days, the federal army’s central command has been holding the TPLF back at the town of Wuchale, about 40 km to the north of Dessie. TPLF’s use of artillery and shelling has resulted in the deaths of 30 civilians in this town, according to a statement by the foreign ministry on Monday. Later in the day, reports emerged that the central command’s defenses were broken and the TPLF had marched on to the city.

The TPLF has also restarted attacks on the southeastern state of Afar, where the Chifra district, near the Afar-Amhara border, has seen heavy fighting over the last days. Civilian deaths have also been reported here due to indiscriminate shelling by the TPLF.

Its commander, Tadese Werede, claimed on Tuesday, October 19, that it had taken control of Chifra, which is only 43 kilometers from its strategic target, the Djibouti road. By taking control of this crucial road, the TPLF aims to cut off the land-locked country from the nearest port in the neighboring country.

Other observers have contested Werede’s claim, and argued that the fight for Dessie and Chifra is still underway, and the federal army continues to hold the TPLF at bay in both these places for now. The Ethiopian National Defense Forces (ENDF) is yet to make a statement on its position on these fronts.

It is amid this offensive by the TPLF that the US, EU and the UN have been pressurizing the Ethiopian federal government to declare a ceasefire and begin negotiations with an organization that has been deemed as ‘terrorist’ by the parliament.

US president Joe Biden had already issued an executive order authorizing sanctions against the Ethiopian government on September 17. The European parliament followed suit, adopting a resolution on October 7, calling for a range of sanctions, including the stoppage of arms exports by member countries to the democratically elected Ethiopian government which is fighting a war to prevent the TPLF from seizing power through force.

While the TPLF is often described in the media as a rebel force, it is to be recollected that the party had ruled Ethiopia with US backing for 27 years, during which time free press and political parties outside the ruling coalition it dominated were banned. Little legal protection was accorded to political opponents who were imprisoned and forced into exile in droves.

After years of sustained pro-democracy protests, in 2018, the TPLF was finally marginalized in the federal government and reduced to a regional party, holding power only in the Tigray State, while Abiy Ahmed came to power as the prime minister.

His immediate reforms included the freeing of political prisoners, lifting of ban on opposition parties and free press, and reassuring exiled dissidents of safe return and right to political participation. He was awarded the Nobel Peace Prize for leading the efforts to end the decades-long war with the northern neighbor, Eritrea.

This has won much support and approval domestically, as was evident in the landslide victory Ahmed won in the election held in June this year. However, the TPLF – a sworn enemy of Eritrea still in power in the border state of Tigray – grew increasingly hostile to Ahmed’s government and eventually attacked an army base in Tigray’s capital Mekelle in November 2020. Following this, federal troops were ordered into Tigray to remove TPLF from power.

The federal government had unilaterally declared a ceasefire and withdrawn its troops from Tigray by June-end, in order to facilitate a peaceful farming season to alleviate the spread of starvation.

Taking advantage of this ceasefire, the TPLF not only retook Tigray, but also invaded the neighboring States of Amhara and Afar. Looting of food grains and cattle, and their destruction in cases where the TPLF are not able to carry the produce with them while retreating, is widely reported in both the States.

This is widening the spread of hunger in the region at a time stocks of food grains are already plummeting. Amhara’s State government has warned of looming starvation as the farmers are unable to sow this season due to the fighting.

The assistance the World Food Programme (WFP) has planned to provide for 250,000 displaced people in Amhara and for 530,000 displaced in Afar, will not suffice to offset the grave consequences of a missed sowing season. 1.7 million in these two States have already slipped into hunger since the TPLF’s invasion.

Questions raised about neutrality of UN

The UN estimates another 5.3 million to be in need of humanitarian assistance in Tigray. While it was widely expected that the retaking of Tigray by the TPLF after withdrawal of federal troops would permit the flow of aid and alleviate hunger here, 428 of 466 aid-carrying UN trucks that have entered the region since have failed to return. This was described by WFP spokesperson Gemma Snowden as “the primary impediment to moving humanitarian aid into Tigray”.

The federal government’s claims that the aid and the trucks carrying it were seized by the TPLF which is misusing it for military offensive, is backed by multiple clips on social media showing the TPLF fighters being transported in similar trucks. Yet, it is the federal government that continues to receive flak and be the target of sanctions for allegedly blocking humanitarian access to Tigray.

Pointing to the UN’s breach of “agreed security arrangements” during aid distribution and its “continued reticence in demanding the return” of these trucks, the Ethiopian government expelled seven senior UN officials from the country on September 30, accusing them of diverting aid and equipment to TPLF.

In a commentary on the diplomatic row that ensued at the UN after the expulsion, former chair of Canada’s Special Senate Committee on Anti-Terrorism, Hugh Segal, and the Director of the Balsillie School of International Affairs, Ann Fitz-Gerald, criticized the role of the international community in this conflict.

They argued that the “international community’s treatment of… the government as co-equal to a terrorist group” and its “perceived… tolerance for the violent TPLF-led insurgent leaders, isolated the legitimate Abiy democratic government and only emboldened the insurgency. It also influenced the global media and policy narrative on the conflict, which proved very difficult to change.”

The UN yet again invited controversy on October 11 by placing Maureen Achieng, chief of its International Organization for Migration (IOM) mission in Ethiopia, on “administrative leave” pending investigation for giving an “unauthorized interview” to Canadian author Jeff Pearce, after a clip from it was leaked.

In this clip, Achieng, a Kenyan by nationality, talks about the sidelining of Ethiopian UN staff by higher ups who brought in staff from elsewhere who were biased towards the TPLF in this conflict.

Arguing that she “has been removed from her post by UN officials in New York for exposing TPLF’s crimes,” Ethiopian American Civic Council, the largest diaspora organization in the US, said the UN has “morphed back.. [into] the League of Nations.”