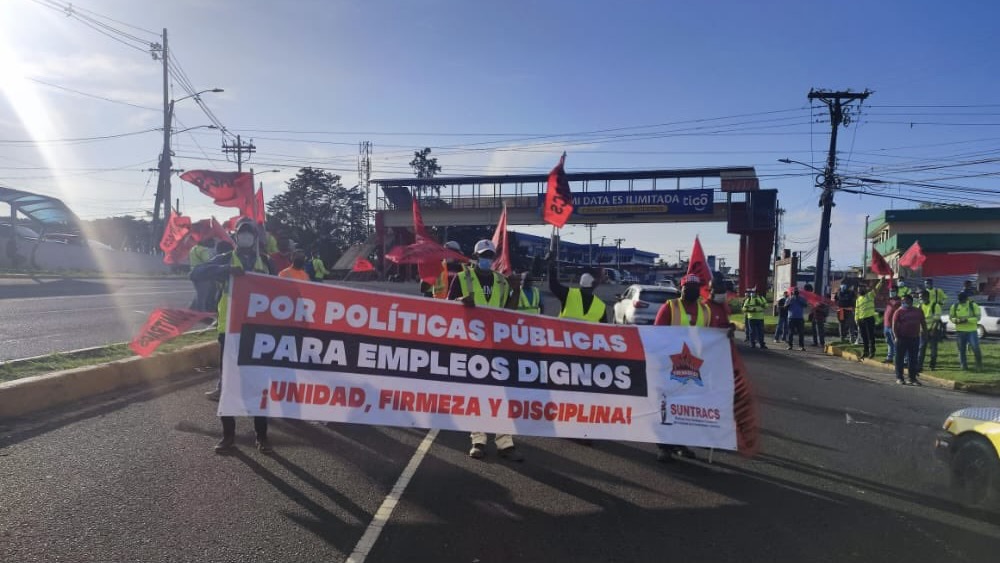 Since October 27, thousands of Panamanians have been taking to the streets in different parts of the country to protest the increase in fuel prices and the worsening of socio-economic conditions. The protesters are demanding that the government of President Laurentino Cortizo take immediate measures to face rampant inflation, rising unemployment, and deteriorating public services.

On October 27 and 28, different trade unions and members of various social organizations held demonstrations and blocked various roads in several parts of the capital, Panama City, with large protests also being held in Colón. Chilibre, Panama Oeste, Veraguas, and others also registered mobilizations in recent days. Transport services remained affected across the country due to the national strike called by the National Chamber of Transportation (CANATRA) against the fuel price increase. On October 29, hundreds of people once again took to the streets in different parts of the country.

Another motivating factor of the protests was to demand the immediate end to the persecution and repression of the families of the Tierra Prometida community in La Chorrera, in the province Panama Oeste. Hundreds of families had been living in the informal settlement behind the Nicolás Solano Hospital until they were violently evicted by over a thousand officers from the Panamanian Security Forces. The families organized a protest outside the hospital on Monday October 25 protesting the violent eviction and 19 people were arrested and to this day seven are still detained. Added to the slogans of the protests against the fuel price hikes is the demand to free the political prisoners from Tierra Prometida.

In Colón, which has emerged as an epicenter of the protests, is also witnessing a strike by healthcare workers, who are demanding better working conditions and compensation for overtime.

According to reports, on October 27, there was a heavy deployment of the national police force in the province and the officials repressed the protesters using pepper spray and pellets. They also arrested numerous people, including the leader of the United for Colón Coalition, Edgardo Voitier. The same night, the National Confederation of Independent Trade Union Unity (CONUSI) and the National Council of Organized Workers (CONATO) condemned the police violence and the arrest of peaceful protesters. The unions called on the workers to continue the measures of protest for the next two days, demanding the immediate release of fellow protesters.

Diógenes Galván, a union leader from Colón, told local media that the protests were the result of the government’s lack of attention to the problems faced by its citizens, which in Colón’s case is reflected in the absence of projects aimed at improving the basic services. “Here there is only a kind of waste and perverse management of resources based on the enrichment of the authorities, therefore this is the beginning of a social outbreak, because it will not stop,” said Galván and urged the government to dialogue with people.

The protest action was called for by the CANATRA, the CONUSI and the CONATO trade unions. The call was joined by the Single Union of Construction Workers (SUNTRACS) and the National Front for the Defense of Economic and Social Rights (FRENADESO) among other organizations.