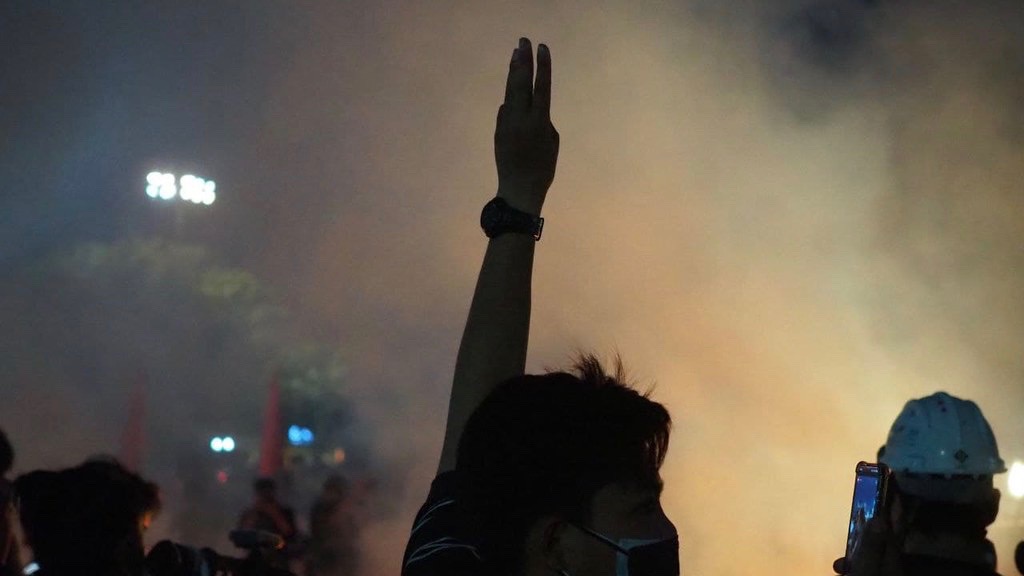 Activists and citizens in Thailand have escalated their demands for the release of political detainees and the repeal of laws that enable political crackdowns. A petition demanding the removal of Section 112 of Thailand’s Criminal Code, which severely punishes insult and defamation of the monarchy, crossed more than 100,000 signatures within 24 hours of its launch.

The petition was launched by the civil society network Citizens for the Abolition of 112 on November 5, and has received around 200,000 signatures as of November 9. The petition was originally announced on October 31 during a demonstration at the Ratchaprasong Intersection in Bangkok, where 3,760 people signed it on the spot.

The overwhelming support for the petition indicates widespread anger against the nation’s stringent lèse-majesté laws, which can attract between three to 15 years in prison on conviction. Activists have repeatedly argued that the law has been weaponized against those demanding political change.

Anger against Section 112 also touches on the larger issue of political crackdowns against activists and protesters demanding democratic reforms and opposing the military-supported government of prime minister Prayut Chan-o-cha.

The petition comes at a time when the government and the ruling coalition have taken an unrelenting stand even as Thailand is set to face international scrutiny. The United Nations Human Rights Council will examine Thailand’s human rights record as part of its universal periodic review (UPR) on November 10. The upcoming UPR process will include submission by civil liberties advocates like CIVICUS and Asia Democracy Network (ADN) raising concerns about the ongoing political repression in the country.

According to a statement released by the TLHR, which was involved in the drafting of the submission by CIVICUS and ADN, ever since the 2014 coup that brought Prayut to power, the Thai government “has tried to control and limit people from expressing their political opinions, both online or at public gatherings, by prosecuting a large number of people by laws that do not conform to international standards.”

The group argued that the current situation on civil liberties and political freedoms is not in line with the assurances provided to the UNHRC in 2016, when Thailand was under the junta-rule of the National Council for Peace and Order (NCPO) led by Prayut. According to the report, the government continues to implement laws on lèse-majesté, defamation and other crimes which go against international law.

In this period, nearly 1,500 people have been charged under different sections of the law following anti-government demonstrations that have hit national capital Bangkok along with other parts of the country, and even for individual expressions of protest.

The number of political detainees in this period reached a total of 22. Several activists are facing multiple charges like sedition and cybercrimes, among others. Youth activists and student leaders have been specifically targeted. Parit Chiwarak is facing a total of 21 charges as of now, while Anon Nampa and Panusaya Sithijirawattanakul face 14 and 8 charges, respectively.

The legal attack on activists by law enforcement agencies, local authorities and supporters of the government is also accompanied by judicial delays and indifference. Illustrative of this is the Criminal Court in Bangkok denying bail to 15 political detainees on November 3. Some of the detainees, including Parit, Jatupat and Nampa, have already spent over three months in jail.