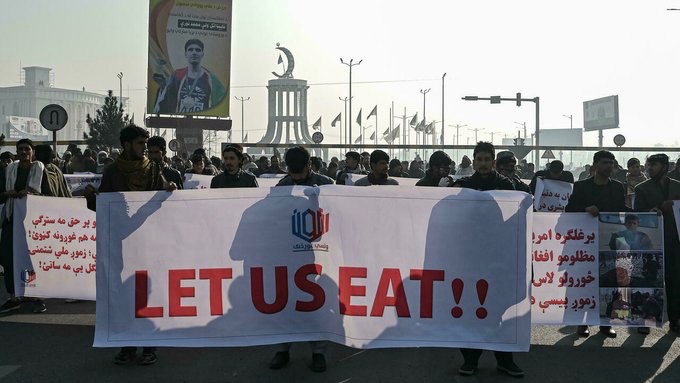 On Tuesday, December 21 , around 200 Afghans marched to the shuttered US Embassy in Kabul and held a protest to demand the release of Afghanistan’s frozen assets abroad. On December 22, the United Nations Security Council unanimously passed Resolution 2615 to ease financial restrictions on the land-locked country, permitting money flows for humanitarian purposes under the current sanctions regime imposed on Afghanistan after Taliban took over the country in August.

Protestors on Tuesday called for the immediate unfreezing of around USD 10 billion held by the Afghan central bank that the US had decided to freeze in order to block access for the Taliban-led-government. They held banners saying “Let Us Eat” and “Give us our frozen money”.

In the videos of the protest, Taliban security personnel can be seen walking alongside the protest banner which many believe is a rarity since protests have been outlawed under the Taliban rule. The protest was reportedly organized by a group called Afghan People’s Movement that has previously organized peace rallies in the capital.

Since the defeat of the US-backed government in August by the Taliban, the country has been facing a serious crisis due to the vindictive economic sanctions imposed by the US government which include not only freezing Afghan assets, but also cutting off all forms of international aid to Afghanistan under the Taliban. UN agencies estimate that there is near universal poverty in Afghanistan and nearly three-fourths of the population is dependent on food and other aid.

In a press conference on December 15, White House spokesperson Jen Psaki said that the matter was “complicated” and that the US was yet not ready to release the frozen assets as it still recognizes Taliban as a terror group.

On December 19, government employees in Kabul took to the streets over the issue of unpaid salaries. A large number of workers in schools, hospitals and other public sector jobs have not been paid their due salaries for over six months.

The resolution passed by the UNSC on Wednesday states that “payment of funds, other financial assets or economic resources, and the provision of goods and services necessary to ensure the timely delivery of such assistance or to support such activities are permitted.”

The passing of the resolution comes as a relief to the Afghan people as winter months have turned out to be more challenging than expected for a country looking at a massive economic collapse turning into a humanitarian crisis.

Several countries including Canada, Iran, Pakistan, UK and South Korea have already promised millions of dollars in humanitarian aid to Afghanistan since November. 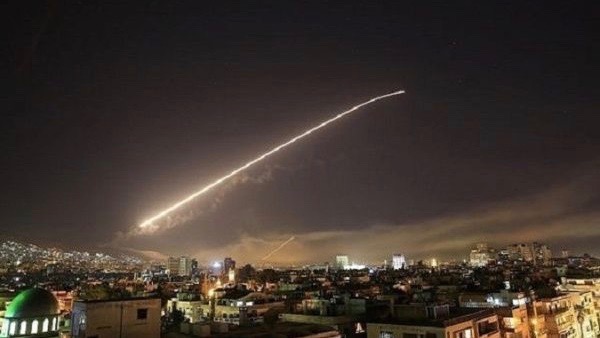