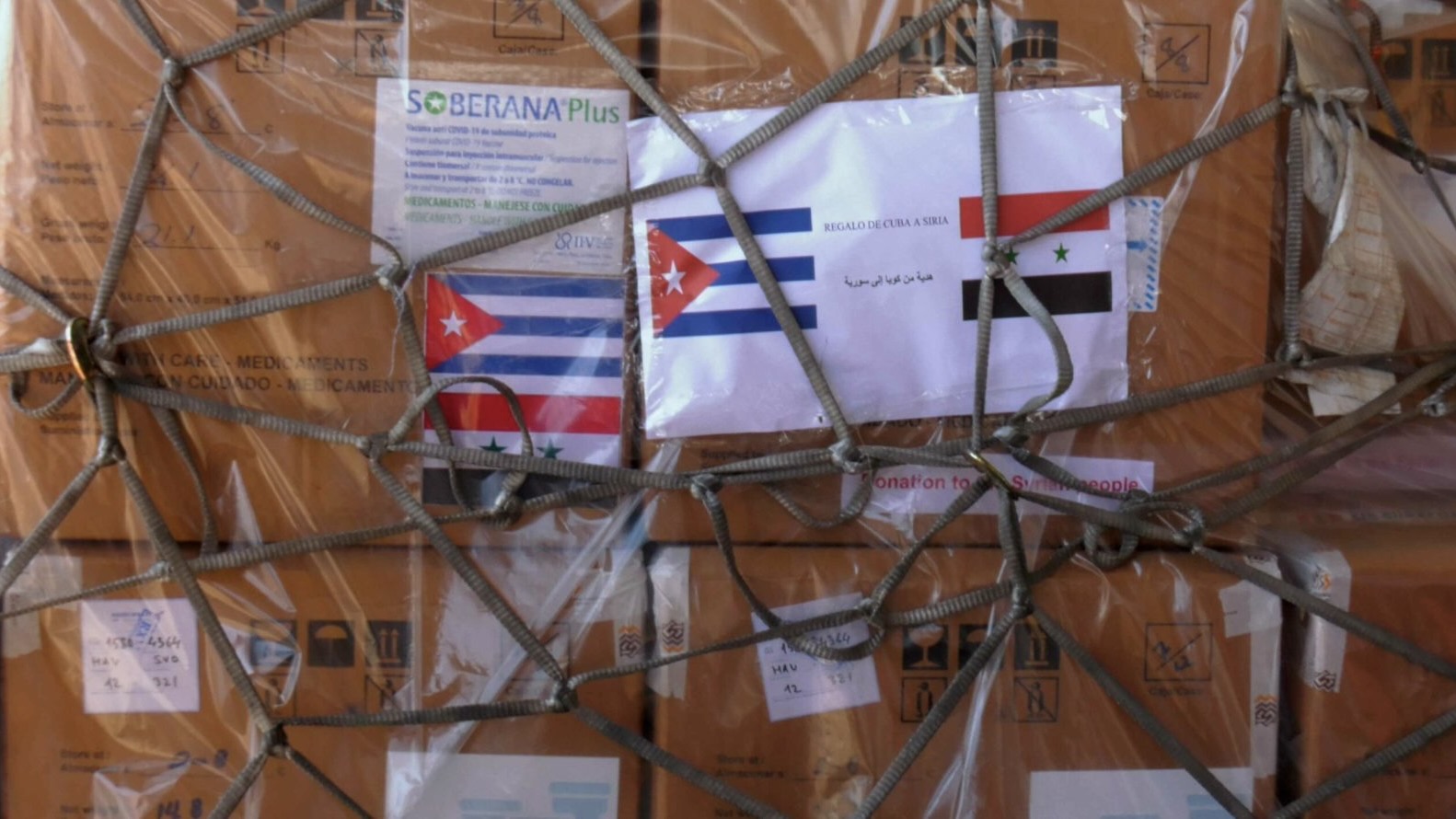 Cuba has already lent a hand to many nations across the world in helping fight the pandemic and vaccinate their populations. Recently Cuba sent vaccines to Syria which has been hit hard by a decade of war and US sanctions.

Cuba has offered to support vaccine distribution in developing countries, which are still struggling to ensure a speedy rollout of COVID-19 vaccines. The country plans to send its Henry Reeve Brigade, famous for their work in West Africa during the Ebola outbreak, both for immediate deployment and long-term training of personnel necessary for the distribution of the vaccines. According to international humanitarian organization CARE, the cost of vaccine rollouts in developing countries has been vastly under-calculated by international donors, leading to many donated doses remaining unused because of a lack of distribution capacity in local health systems. The World Health Organization (WHO) has reported hearing of similar experiences in many countries.

The International Contingent of Doctors Specialized in Disasters and Serious Epidemics “Henry Reeve” was founded in 2005 by Fidel Castro to provide medical assistance to countries hit by natural disasters and epidemics. Since then, the Brigade has provided support during many humanitarian crises such as the 2005 hurricane in Guatemala, 2008 earthquake in China, 2017 floods of Sierra Leone, and 2019 hurricane of Mozambique.

Cuba has so far sent 57 medical teams from the Henry Reeve Brigade to help combat COVID-19 pandemic in 40 countries around the world such as the Bahamas, Italy, Honduras, South Africa, and Togo.

The offer to send health workers to assist with vaccine distribution is part of what Cuba has called the “lifesaving package.” In addition to the Brigade’s support, the pledge includes solidarity prices and technology transfer for Cuba’s COVID-19 vaccines to low-income countries. These pledges were made by key figures in Cuba’s health and technology sectors on 25 January during a briefing organized by the Progressive International.

David Adler, general coordinator of the Progressive International and head of its delegation to Cuba, said, “Today’s announcements by Cuban scientists should mark a historic turning point in the history of the COVID-19 pandemic. This lifesaving package sets the standard for vaccine internationalism and a pathway to a New International Health Order, where public health and science are placed above private profit and petty nationalism.”

The impact of COVID-19 has been violently unequal. 80% of adults in the EU are fully vaccinated, but only 9.5% of people in low-income countries have received a single dose of the vaccine. Cuba’s three pledges are aimed at challenging this inequality through vaccine internationalism and solidarity.

The island has received funding from the Central American Bank for Economic Integration, which will allow it to produce nearly 200 million doses of the Cuban vaccines. Dr. Vicente Vérez Bencomo, Director General of the Finley Institute of Vaccines said that it could produce 120 million doses in one year alone. Having vaccinated 90% of its population with at least one dose of homegrown vaccines, Cuba is ready to send them to other countries. It has already donated to countries such as Syria and St. Vincent and the Grenadines.

“Cuba is open to any proposal that implies a greater impact of our vaccines in the world,” said Rolando Pérez Rodríguez, Director of Science and Innovation, BioCubaFarma, island nation’s state-run biotechnology organization.

Cuba is in conversation with more than 15 countries regarding technology transfer and local production of the vaccines. It has already negotiated tech-transfer deals with countries such as Argentina, Vietnam, and Nicaragua. In its efforts to stand in solidarity with countries facing attacks by imperialist forces, Cuba has transferred technology to Iran and Venezuela who face a lack of access to vaccines due to sanctions imposed by the US.

Differently from Big Pharma-produced vaccines, Cuban vaccine technology is friendly for low resource settings. They use a protein sub-unit technology platform which makes them easy to produce at scale and simple to store, as they do not require freezing temperatures.

“Cuba presents a unique model of vaccine internationalism. (I look) forward to hearing what opportunities may exist in regards to tech transfer for the production of COVID-19 vaccines for lower-income nations,” said John Fulton, spokesperson for Canadian generic vaccine manufacturer Biolyse.

Cuba has found collaborators in other countries too. Thirty Italian citizens travelled to Cuba recently, as part of a clinical trial, to get a shot of Soberana Plus, one of the five Cuban vaccines.

“We are analysing the data here in Italy,” informed Prof. Fabrizio Chiodo of National Research Council (CNR) in Italy. He added, “In parallel, we are trying to convince our regulatory agency to conduct clinical trials in Italy.” He said that the regulatory agency faces political barriers and that the lack of approval for the Cuban vaccines has nothing to do with quality, safety, purity and efficacy of the vaccine.

BioCubaFarma has been in close contact with the WHO to obtain prequalification status for its COVID-19 vaccines. It hopes to achieve it in 2022. A complete dossier of data is scheduled to be delivered to the WHO by the beginning of February. In addition, Cuba plans to work with the national regulatory agencies of countries interested in acquiring the Cuban vaccines.

Cuba has been lauded across the world for developing five vaccines which are safe, stable, have high efficacy and are easy to scale up. “What Cuba has done is no miracle. It’s a strategy of public biotech showing that there is a valid alternative to the current unjust system. We have seen a lot of failure of public-private system. We cannot always bet on philanthropic approaches. My Cuban colleagues have proved to the world that public biotech is the future to avoid the obvious inequalities that are inherent in the current economic system,” said Prof. Chiodo.