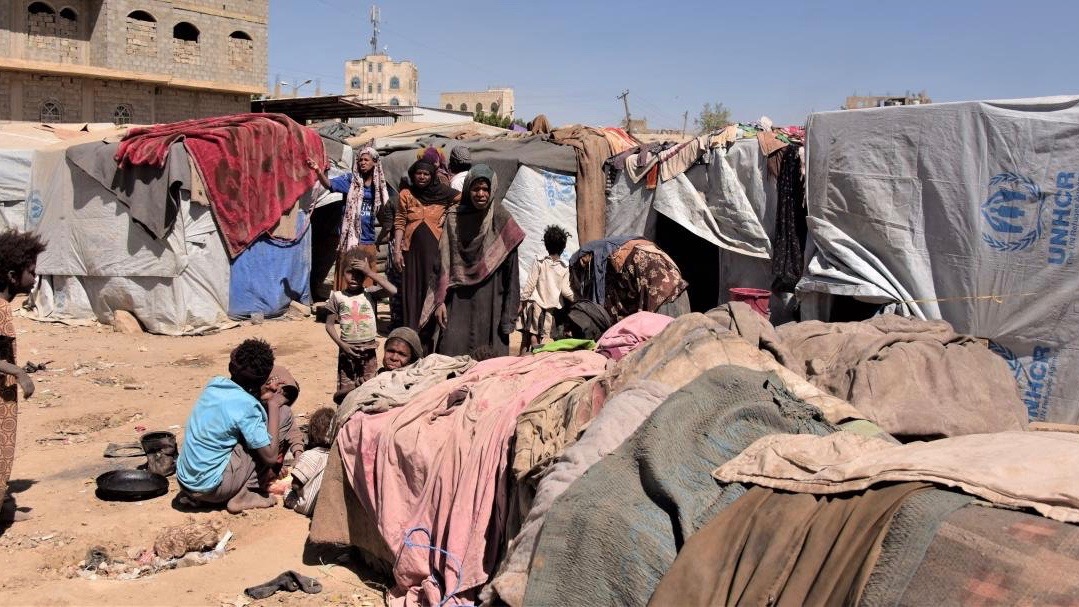 On Tuesday, February 15, United Nations officials issued a stark warning that incessant war in Yemen and a funding shortage for various aid programs could drastically exacerbate the already dire humanitarian crisis in the country. UN special envoy Hans Grundberg and UN humanitarian chief Martin Griffiths, while speaking at the UN Security Council (UNSC), said that eight million Yemenis are at imminent risk of being cut off from vital humanitarian aid in March if the international community fails to secure the required funds for the aid programs to continue. Funding for the aid programs in Yemen has been steadily decreasing, with the UN humanitarian office stating that for the year 2021, its humanitarian plan was only able to secure USD 2.27 billion out of its USD 3.85 billion required, the lowest funding level since 2015.

The two UN officials also expressed alarm at the rapid escalation in the war in Yemen, ongoing since 2014. They highlighted the drastic rise in civilian casualties over the last few months and the growth in new combat areas in the country, which is likely to add to the death toll and suffering of the civilian population. Since the war erupted following the Houthi movement’s routing of the western-backed government from most of north Yemen, including capital, Sanaa followed by the intervention of the Saudi-led alliance, over 377,000 people have been killed, as per the latest UN estimates. Tens of millions of Yemenis have also been internally displaced, with over 24 million – approximately 80% of the total population of 30 million – dependent on international humanitarian aid for their survival.

Grundberg was quoted by news outlets as telling the UNSC that a series of air bombings by the Saudi-led military coalition targeting a detention facility in Yemen last month “was the worst civilian casualty incident in three years.” He also noted an increase in such devastating air bombing campaigns by the coalition that target even civilian areas in Sanaa and the strategically important port city of Hodeidah. Over 650 civilians were either killed or injured by air raids, shelling, small arms fire and other forms of violence in January, in what officials claimed was “by far the highest toll in at least three years.”

Griffiths said that “the war is finding people in their homes, schools, mosques, hospitals and other places where civilians should be protected.” According to them, the retaliatory attacks by Houthis in Saudi Arabia and United Arab Emirates (UAE) also “indicate how this conflict risks spiraling out of control unless serious efforts are urgently made by the Yemeni parties, the region and the international community to end the conflict.” Griffiths told the UNSC that he is continuously trying to mediate between the warring parties to agree to de-escalate the conflict, with more consultations to start next week aimed at achieving a mutual ceasefire.

Previous funding cuts have already forced the UN World Food Program to reduce the amount of rations supplied to eight million Yemenis in December last year. If the funding requirement is not met, the rations for millions of Yemenis could stop completely and around 3.6 million people will be at risk of not having access to safe drinking water and several other critical social programs on tackling gender-based violence, reproductive health, and other such issues. The UN may also have to cancel most of its humanitarian flights in Yemen in March due to the funding shortage. News reports state that while the UN has not yet released its humanitarian plan for Yemen for 2022, Sweden and Switzerland are poised to co-host a pledging event on March 16.