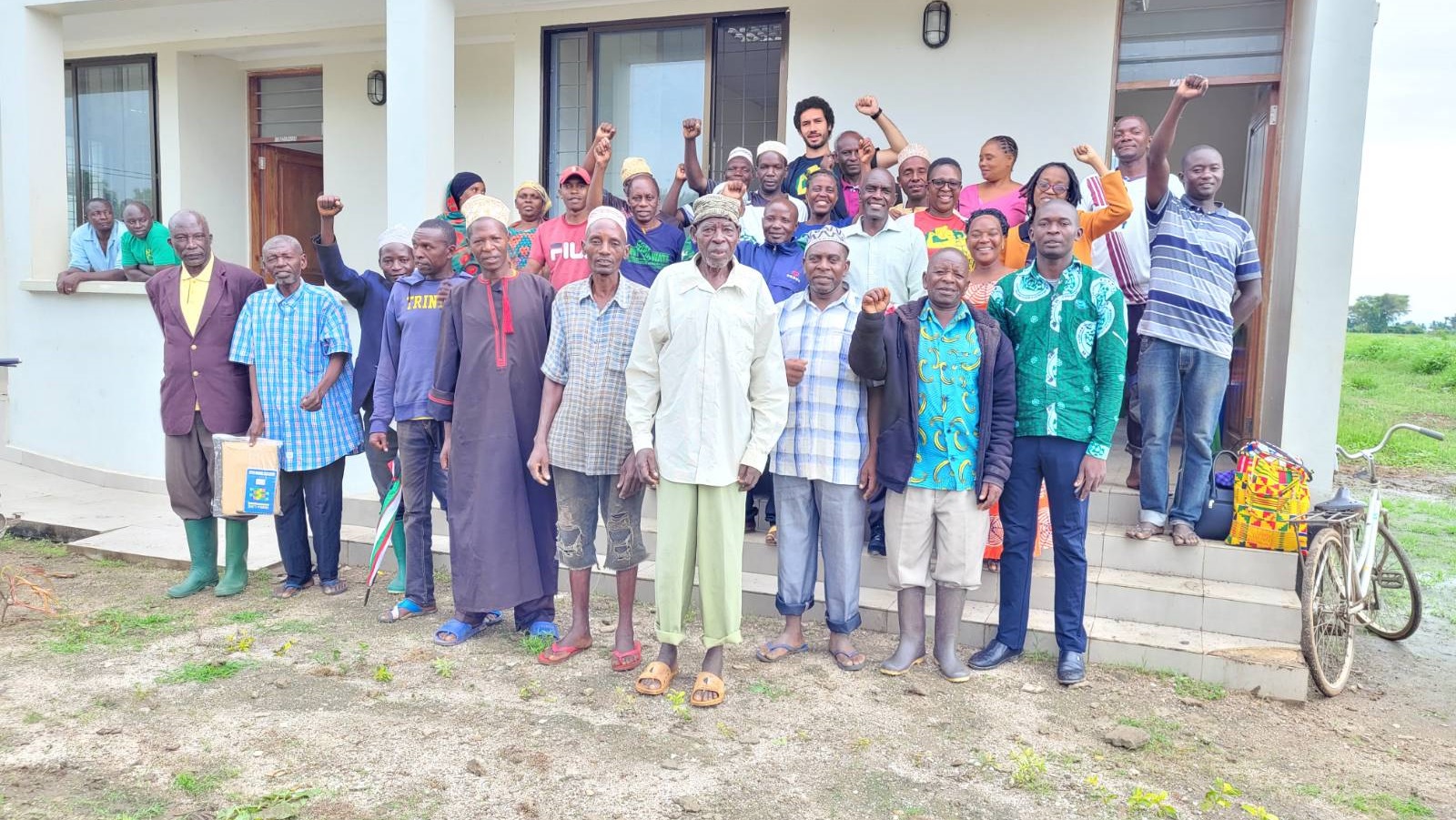 When Karl Marx and Friedrich Engels published the Communist Manifesto on February 21, 1848, they characterized history as the product of a struggle between “oppressor and oppressed.” More than a century later, Frantz Fanon reaffirmed this point when he explained that the struggle to ‘set afoot a new humanity’ in the colonial context takes place in a “Manichean world.” Today peasants in Kilosa, 90 km west of Morogoro in Tanzania, are advancing the struggle to “turn over a new leaf” and finally emancipate oppressor and oppressed alike – by reaffirming that land must be a social good, and not a commodity.

The agriculture sector contributes more than one quarter of Tanzania’s GDP. Mtandao wa Vikundi vya Wakulima Tanzania (MVIWATA), a network of more than 200,000 small farmers, believes that this is in fact much more since 95% of all food consumed in Tanzania is produced by small farmers. Following decades of structural adjustment programs and a recent rightward turn by a new administration whose sole concern is Foreign Direct Investment (FDI),  small farmers have consistently been fighting against the commodification of land by opportunistic investors and their allies in the state.

In many parts of the world, those in power have absconded from the principle that: ‘Land is Life’. From Narendra Modi’s reactionary farm laws in India to the ongoing attacks on Abahlali Basemjondolo (ABM) members in South Africa surviving on urban land and the Landless Workers’ Movement (MST) members in Brazil making a living from rural land, we are confronted by a land crisis. Private interests have embedded themselves in the local, regional, and national levels of the state to undermine the ability of ordinary urban and rural dwellers to survive. In Tanzania, where progressive legislation designates all land as “public land vested in the President as trustee on behalf of all citizens,” the problem posed by a revolving door between speculative capital and corruptible government officials is even more acute.

Said Joseph, who has lived in the Kilosa district since his birth in 1945, has witnessed shifts in access and control of land in the region. He explains that the villages around Kilosa were exemplary in the 1970s; so much so that Julius Nyerere identified them as an example of self-sufficiency and development. In 1974, Nyerere came to the area and joined the residents to plant a coconut tree in this flagship example of development and self-reliance.

Today, the collusion between state officials and so-called ‘investors’ has dispossessed many small farmers.  Abdul Tumbo, one of the dispossessed farmers, has lost 30 acres of land; as a result, he has not been able to cultivate anything for the past three planting seasons. “I no longer feel like I am a Tanzanian, as everything I had in this country has been taken away,” he says as he explains his ongoing fight to regain his land. He has been arrested seven times and currently has five different court cases pending. All the criminal proceedings brought against him are for ‘trespassing’ on the land he originally owned.

When 77-year-old Said arrived at his plot of land – which he had recently cleared and prepared for the next planting season – government officials had unilaterally given the land to one of the ‘investors’ who had been accumulating the plots of land from small farmers in the area. He was told he is crazy, that the land does not belong to him, that he will neither be compensated for the land, nor for his labor in preparing it for planting season. He was advised that he would be taken to jail if he continued to “be a troublemaker.”

Whilst MVIWATA has been able to defend many of its members – including the 27 peasant farmers we spoke to – from the instrumentalization of the country’s laws in this despicable, land-grabbing process, the livelihoods of farmers continue to be threatened. Through the criminalization of small farmers and the lawfare against those who dare to stand up against this injustice, many of those who have been tilling the land for generations are at risk of losing their livelihoods.

In the struggle between oppressor and oppressed – from Kilosa to Ekhenana – the organized power of the landless is the only viable solution to the land crisis. Women and men whose relationship to the land is anchored in the production of food, the construction of homes and the ultimate construction of a society that values the social well being of humanity over the cold exploitation of the few who seek to accumulate wealth must prevail.

In Tanzania, the small farmers of Kilosa have organized themselves under the umbrella of MVIWATA; In South Africa, Abahlali Basemjondolo plays a similar role while, in Brazil, the MST articulates the collective will of landless workers. Without this commitment to building the unity and the power of the peasantry in independent organizations, the plight of Said and Abdul may well have been a great deal worse. These democratic formations of peasant power must be celebrated and expanded.

Capitalists, landlords, speculators, and the state they control have nothing to gain by voluntarily acquiescing to the cries for freedom from those they exploit and oppress; in Kilosa, the cries for freedom have transitioned into the organization of small farmers into a united force for the liberation of peasants from the yoke of the oppressors. We must take confidence from these peasants who, to paraphrase Marx and Engels, have only the world to gain and their chains to lose!