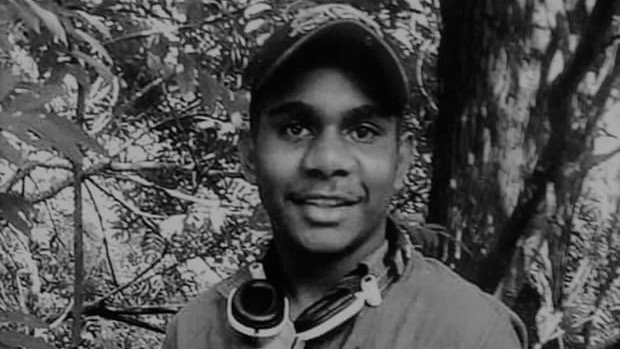 Outrage and disappointment continues in Australia after police officer Zachary Rolfe, accused of killing an Indigenous teenager, was found not guilty of murder. Recently publicized documents and evidence show that Rolfe had a history of violence and lied under oath during his hearing.

On March 11, a unanimous verdict was passed by a 12-member jury clearing Rolfe of not only murder, but also two other charges of manslaughter and engaging in a violent act causing death. He was facing charges for killing 19-year-old Kumanjayi Walker, or Arnold Walker, during a violent arrest attempt in November 2019.

Walker was killed during a violent altercation with Rolfe and four other police officers who were there to arrest him for violating the terms of his suspended arrest and absconding. Walker had stabbed Rolfe with a pair of scissors, who fired a shot in response.

According to the prosecution, Rolfe’s partner had disarmed Walker but he still fired two more shots. The prosecution tried to argue that the last two shots which proved to be fatal were unnecessary as Walker did not pose an immediate threat. But, the jury decided otherwise.

Rolfe was charged shortly after the killing but was committed to trial nearly a year later in the Supreme Court of the State of Northern Territory. The final verdict came after five weeks of intense trial and arguments.

On March 18, the Supreme Court of Northern Territory lifted 26 non-publication orders on further evidence that was never presented to the jury. The hundreds of pages of additional evidence include Rolfe’s prior history as a police officer in Alice Springs, along with his text messages to his friends.

Rolfe’s defense had successfully gotten the court to suppress these additional documents from publication and from being presented to the jury during the trial. The reasoning given was that the documents were defamatory to the accused and had no direct relation to Walker’s death.

The prosecution had attempted to present the evidence as it showed that Rolfe had a history of conducting violent arrests and using excessive force against aboriginal suspects. In over two years of Rolfe’s service as part of the Immediate Response Team (IRT) in Alice Springs, he had conducted four violent arrests.

One of the cases that the prosecution had sought to include as evidence was the arrest of Malcolm Ryder. Ryder was charged with assaulting Rolfe and hindering his duties as a police officer. The judge in the case eventually dismissed Rolfe’s allegations after finding that Ryder was brutally attacked during the arrest that left him unconscious .

In the Ryder case, the defense had also alleged that Rolfe attempted to falsify evidence to justify the use of force by getting a fellow officer to scratch his face. Another case, where Walker was arresting a 17-year-old, had allegations of him banging the boy’s head into a rock repeatedly during the arrest while having turned off his body camera.

In three of the violent arrests, he was alleged to have falsified reports of the arrests on statutory declaration of the case and on the police database. The prosecution in the Walker case even pointed out that the judge in the Ryder case had noted that Rolfe had lied under oath of not deliberately assaulting Ryder.

The text messages presented by the prosecution in the Walker case also showed that Rolfe repeatedly referred to Alice Springs and the nearby neighborhoods, including Yuendumu where Walker hails from and was killed, as the “Wild West” and described his department as having “no rules”.

Family members and leaders of the remote Yuendumu community have expressed their disappointment in the verdict. Community members had also raised questions regarding the jury composition as it did not include a single member from an Indigenous community despite them constituting over 30% of the State’s population.

Rolfe’s trial was the first of its kind since the Royal Commission on Aboriginal Deaths in Custody released its report in 1991. Since the report’s release, 500 custodial deaths have been documented across Australia, which includes arrests and in pursuit.