A prominent opposition figure in Thailand and leader of the Progressive Movement, Thanathorn Juangroongruangkit, has been indicted on charges of royal defamation for questioning the government’s vaccine management. On Monday, April 11, prosecutors announced that Thanathorn is being indicted under the infamous Section 112 of the criminal code – the lèse-majesté (insult or defamation of monarchy) clause.

Apart from royal defamation, Thanathorn is also facing charges of cybercrimes based on statements he made more than a year ago. The charges were first filed against Thanathorn in January 2021, with further charges added in August 2021. Thanathorn was granted bail on Monday by the criminal court.

“I’m not the first person, and I won’t be the last to be gagged by Section 112 even though my criticism of the vaccine management was for the benefit of the people, out of a concern that Thai people would get vaccines too slowly and inefficiently,” said Thanathorn in a statement.

On January 18, 2021, Thanathorn did a live stream presentation titled “Royal Vaccine: Who Benefits and Who Doesn’t?” on Facebook, criticizing the government of prime minister Prayut Chan-o-cha for its COVID-19 vaccine procurement plans. He specifically criticized the government’s plan to procure vaccines through a single pharmaceutical company, Siam Bioscience.

Siam Bioscience, which was the only licensed manufacturer of the Astrazeneca vaccine in Thailand at the time, is a private company largely owned by Thai monarch Vajiralongkorn. The king holds all but two of the 48 million shares in the company.

The company was previously under the ownership of the Crown Property Bureau (CPB) which handled all assets at the behest of the monarchy until 2018. But with sweeping changes in crown property laws under the previous junta government under Prayut, all assets including Siam Bioscience were transferred directly to the private control of Vajiralongkorn.

Thanathorn had earlier raised doubts about the suitability of granting a privately-owned company a lucrative contract and a government subsidy to the tune of THB 600 million (close to USD 18 million) to produce vaccines. He had also pointed out that the company had little experience in vaccine production and had already accumulated a deficit of THB 581 million (over USD 17 million) at the time, arguing that the company lacked financial transparency.

The Prayut government had previously come under criticism for its handling of vaccine procurement with major shortfalls in vaccine doses in mid-2021. According to Prachatai, the vaccine shortfalls were offset by procuring over 30 million doses of Sinovac vaccines from China on an emergency basis.

The shortfall in vaccines also coincided with a Delta variant-induced surge in COVID-19 cases when Thailand reported upwards of 100 fatalities daily between July and October 2021.

The mention of the monarch in connection with Siam Bioscience has been cited by prosecutors as the reason to indict Thanathorn. The indictment states that such mentions of the king were allegedly done with an intent to arouse public suspicion against the monarchy, which prosecutors argued is illegal.

Thailand has the harshest lèse-majesté laws in the world with bail not being granted once the case is filed as the norm. The crime carries a maximum jail sentence of 15 years. Last year, despite over a year of demonstrations and protests against Section 112, the Constitutional Court passed a sweeping judgment outlawing protests and calls for monarchy reforms as attempts to overthrow the monarchy.

This is not the first time that Thanathorn has been targeted by the government. In May 2019, a day before the swearing-in of the newly-elected National Assembly of which he was also a member, the Election Commission suspended him without reaching a ruling on allegations of violation of election laws. He was disqualified as a legislator by the Constitutional Court in November that year.

Later in February 2020, the Constitutional Court forcibly dissolved his party on charges of violating election funding rules by counting a loan of THB 191.2 million (around USD 6 million) granted by him as a donation. The party was the third-largest in the popularly elected House of Representatives at the time of its dissolution. 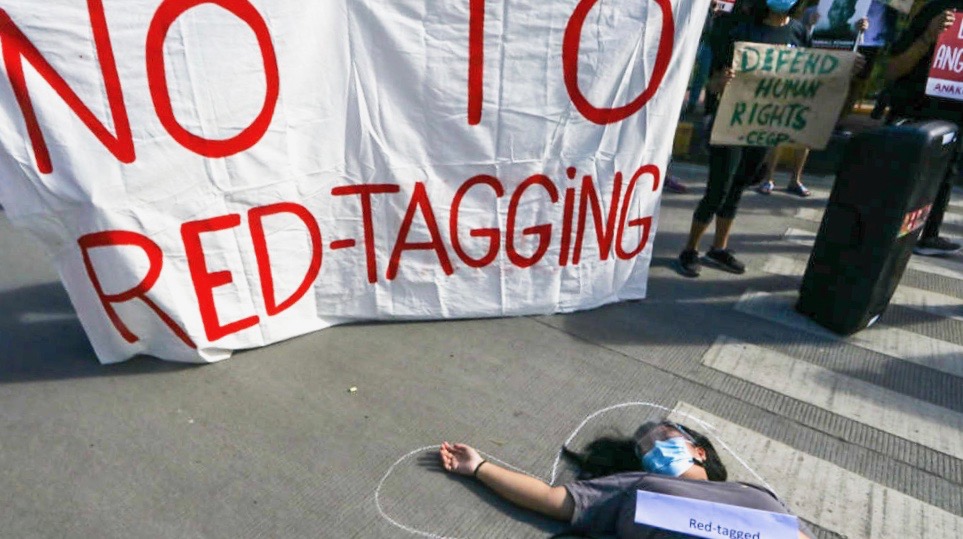