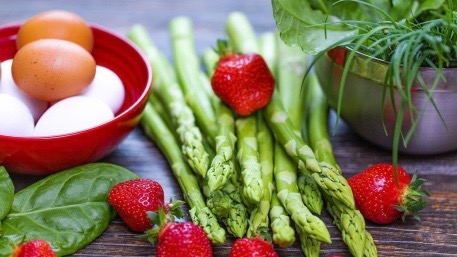 Previously, it was thought that humans evolved to have food preferences which were dependent on calories needed to fulfill the energy requirement of the body. In other words, humans evolved to prefer calorie intense foods and the balance in the diet is maintained by the consumption of a variety of foods. The main notion was that animals possess an inbuilt quality of selecting optimal diets for good health. This age-old dogma, however, was outright dismissed by many.

In the 1930s, an American pediatrician Dr Clara Davis conducted some research where a group of 15 babies was put on a diet. The group members were allowed to select their choice of foods among 33 different food items available there. The researcher found that no child chose an exact combination of foods, but with their choices, each one of them achieved a good state of health and could maintain it. This famous experiment was considered evidence of human nutritional wisdom, which led to a variety of diet preferences.

Expectedly, Davis’s findings were scrutinized and criticized later by many other researchers. But replication of the experiment would be considered unethical, which involves experimentation on babies. And as a result, even almost a century later, no scientists have attempted to find evidence about the nutritional wisdom of humans. Interestingly, nutritional wisdom is not limited to humans, but other animals, including primates, manifest this behavior in their food choice.

In this regard, a new study with a novel approach has shed fresh light. The research published in the journal Appetite recently suggests that our food choices are even more sophisticated than was thought previously, and this choice is influenced by nutrients and not only calories, as thought earlier. The nutritional wisdom of humans leads to selecting food as per the requirement of the micro-nutrients, including minerals, and vitamins.

Jeff Brunstrom of Bristol University’s Nutrition and Behavior Unit, School of Psychological Science and the lead author of the study commented on the findings, “The results of our studies are hugely significant and rather surprising. For the first time in almost a century, we’ve shown humans are more sophisticated in their food choices and appear to select based on specific micro-nutrients rather than simply eating everything and getting what they need by default.”

Brunstrom’s team devised a novel technique for exploring the topic. They opted for a typical behavioral study methodology and showed participants the pictures of pairs of food items and asked for their preferences. The team then analyzed their choices. In this approach, the participants were not liable to eat anything in reality, so no health issues arose.

The research involved 128 adults who participated in two experiments. The first experiment showed that people prefer to have certain food combinations more than others. For example, the researchers found that apples and bananas were preferred over apples and blackberries. The remarkable aspect was that the preferences appear to be predicted by the amounts of micro-nutrients in a pair.

The researchers cross-checked these findings and carried out the second experiment. They studied the UK’s National Diet and Nutrition Survey, where real-world meal combinations are reported. These data also revealed that people prefer diets that provide exposure to micro-nutrients.

Mark Schatzker, the co-author of the study and a journalist and author and the writer-in-residence at the Modern Diet and Physiology Research Center, Yale University, commenting on the research and its findings, said, “The research throws up important questions, especially in the modern food environment. For example, does our cultural fixation with fad diets, which limit or forbid the consumption of certain types of foods, disrupt or disturb this dietary intelligence in ways we do not understand?”

“Studies have shown animals use flavor to guide the vitamins and minerals they require. If flavor serves a similar role for humans, we may be imbuing junk foods such as potato chips and fizzy drinks with a false ‘sheen’ of nutrition by adding flavorings. In other words, the food industry may be turning our nutritional wisdom against us, making us eat food we would normally avoid and thus contributing to the obesity epidemic,” he added.