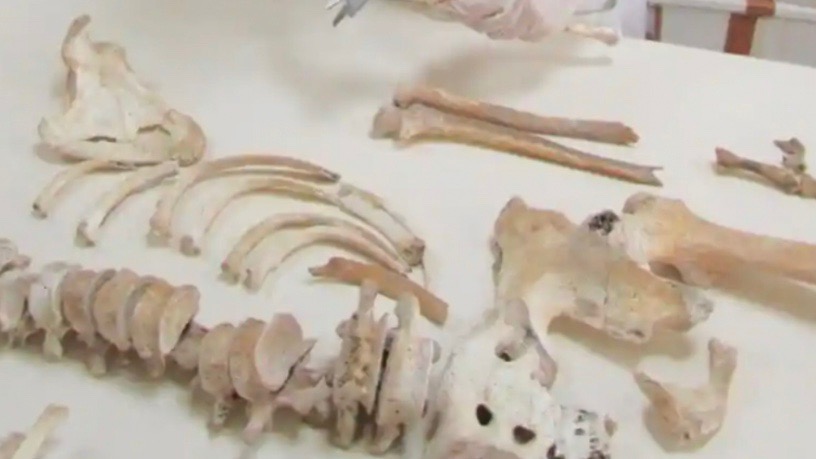 Pompeii was an ancient city located in present-day Italy’s Campania region. It is famous for the volcano eruption from Mount Vesuvius that buried the city and many nearby areas around AD 79. Researchers have been engaged in deciphering many important aspects, especially the biological bases of those buried under the remnants. Excavation of the remaining body parts and efforts to unveil the genetics of the victims meted many unsuccessful attempts in the past.However, the latest finding has brought in some help.

For the first time in history, the genome of one of the victims of Pompeii has been sequenced, which revealed various interesting facts. It shows the diversity of the people living there during the Roman Empire and the diseases they suffered. The study was published in the journal Scientific Reports on May 26.

The research, carried out under the leadership of Gabriele Scorrano, an assistant professor of geogenetics at the University of Copenhagen, extracted the ancient DNA from two victims of Pompeii, a man and a woman. Their remains were found during the excavation conducted in 1914 in the House of Craftsman, which was a Domus.

The researchers attempted to sequence the genomes of both the individuals; however they were successful only with the man’s genome.

Notably, before this study, the attempts led to successful sequencing of short stretches of mitochondrial DNA of human and animal remains of Pompeii. The latest whole-genome suggests that the man was within the age of 35-40 years when he got buried.

The researchers also compared his DNA with those genetic codes obtained from 1,030 ancient humans and 471 modern western Eurasian individuals. This comparison revealed that the DNA of the male victim has similarities mostly with modern individuals from central Italy and those who lived during the Roman period.

However, the interesting revelation that the genome brought in was that the man had genetic similarities with people commonly found in Sardinia. This suggests that the people of the Italian peninsula may have wide genetic diversity.

Further analysis of the man’s skeleton revealed that he might have been suffering from tuberculosis when he died. The researchers found lesions in one of the vertebrae and could find genetic traces of the tuberculosis bacteria. According to the researchers, the female was around the age of 50, and they believe that she was suffering from osteoarthritis at the time of her demise.

“This could have been the reason for which they waited for it all to finish, maybe in the security of their home, compared to other victims who were fleeing and whose remains were found in open spaces,” commented Serena Viva. She is an anthropologist at the University in Salento and was a research team member.

Scientists now believe that it may be possible to recover ancient DNA successfully as these genetic materials have been protected by pyroclastic material (a mixture of rock fragments, gas, ash, etc., that travel down rapidly from a volcano) that came out during the volcanic eruptions. This may provide further knowledge about the Pompeii victims in future.