Public sector workers in the Australian State of New South Wales went on a day-long strike. According to different estimates, anywhere between 30,000 and 40,000 public service workers in the country’s most populous State walked out of their jobs as part of a “day of action” on Wednesday, June 8, demanding better pay.

The strike came after union members rejected a deal proposed by the State’s conservative government led by Premier Dominic Perrottet of the Liberal-National Coalition. The deal offered a 3% wage increase and AUD 3,000 (around USD 2,165) in “appreciation pay” to certain categories of health workers for their service during the COVID-19 pandemic.

The union has been demanding a 5.2% wage hike and the abolition of the State’s wage hike cap on public wages. Although the cap on salary hikes was first introduced in the State in 2008 under a Labor Party government, it was first legislated as an official policy in 2011 when the Liberal-National Coalition government came to power.

The cap began at 2% in 2011, when it was introduced and was later amended to 2.5%. Earlier this week, Premier Perrottet amended the cap to 3% and promised to amend it to 3.5% by next year. The promised cap not only falls far short of what the workers demanded, but the government also has ignored repeated calls by workers across the State to abolish the cap altogether.

Striking workers also questioned why the government has not extended the appreciation pay to other public sector workers who also not only worked on the frontlines of counter-pandemic programs, but were also crucial in disaster management during the Eastern Australian Floods earlier this year, as well as during bushfires which have been an almost annual occurrence in the State.

“We’re not just unhappy, we’re very, very angry,” said PSA general secretary Stewart Little. “And we’re not the only ones that are angry … the police, the teachers, the firefighters, I think you’ll find that they’re unhappy. Why are we being treated differently? Why don’t we have a fair and independent industrial umpire set wages instead of politicians?”

Hundreds of employees also marched in Sydney’s prominent locations, including Central Business District, State Parliament House and Macquarie Street, as part of the strike, with placards that read “Strike The Cap”. Demonstrations were also held in other major regional centers of the State like Newcastle, Dubbo and Wagga Wagga.

Over the past year, New South Wales has witnessed massive workers’ actions resisting the State government’s policies, including by teachers, health workers and transport workers. 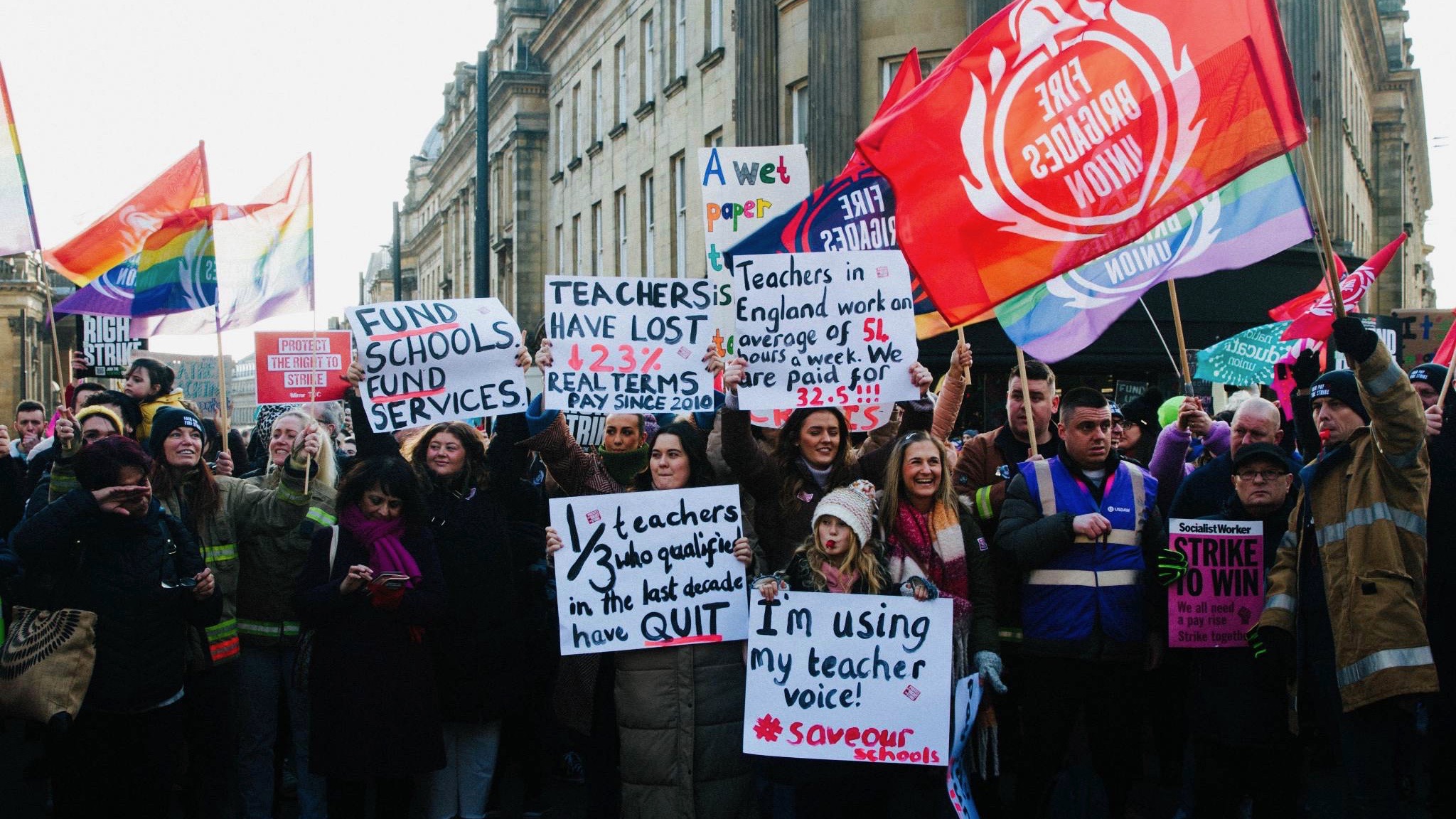