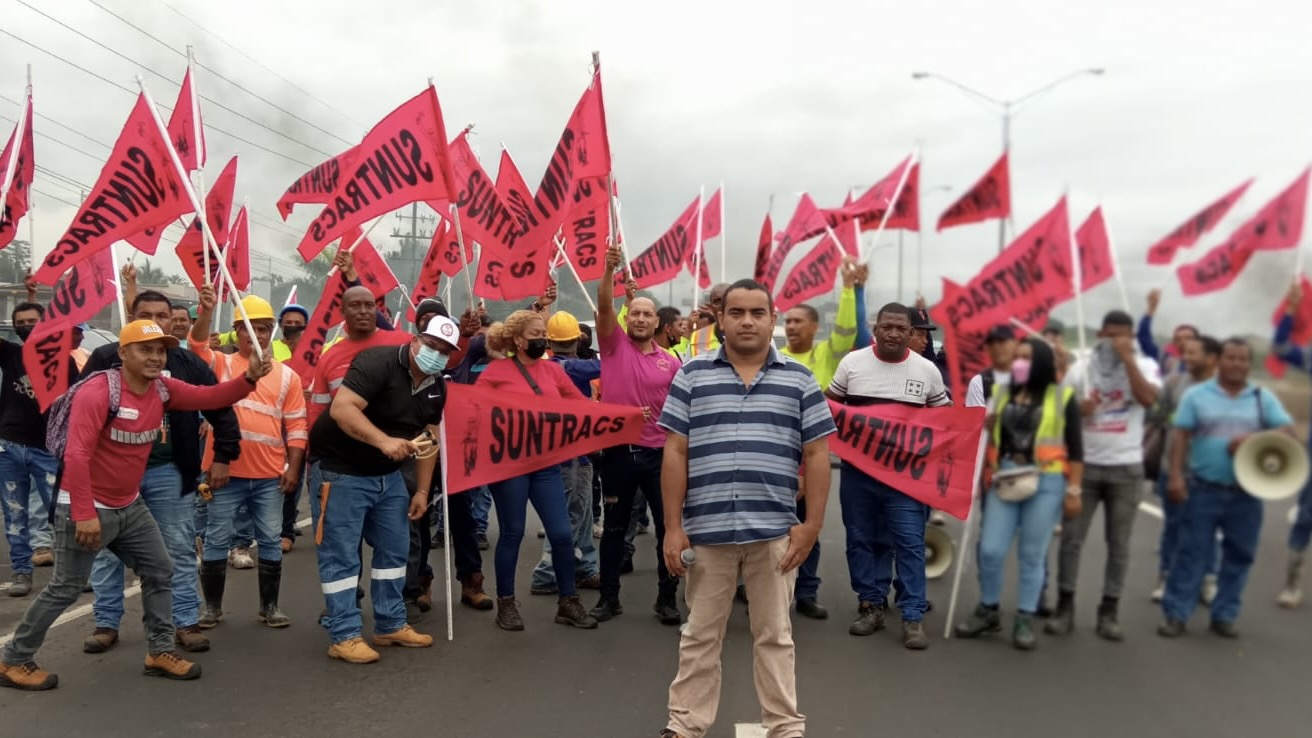 For the past three weeks, tens of thousands of Panamanians have been mobilizing in rejection of the cost of living crisis and lack of government’s support for the poor to face it. Photo: SUNTRACS/Twitter

The struggle continues in Panama as the government of Laurentino Cortizo has resorted to violent repression in an attempt to quell mass protests against his government policies. While the organizations behind the protests have called on the government to engage in dialogue and address their list of demands, so far the government has refused to do this.

On Tuesday, July 19, the representatives of various popular movements and social organizations that have been mobilizing across Panama since July 1 arrived in the city of Penonomé to participate in the single negotiation table, mediated by the Catholic Church, with the national government to find a solution to the growing economic and social crisis in the country. However, they suspended the negotiation process before it began after the right-wing government of President Laurentino Cortizo unleashed violent repression against protesters in the Veraguas province, condemning that “with repression, the people in struggle cannot have dialogue.”

The leaders of the People United for Life Alliance from the capital Panama City, the National Alliance for the Rights of the Organized People (ANADEPO) from Veraguas, and the Indigenous organizations from the Ngäbe Buglé region, the three organizers of the ongoing national strike, as well as archbishop José Domingo Ulloa strongly rejected that just when the negotiations were supposed to begin, the president ordered security forces to repress social protests in the Santiago de Veraguas city.

Today July 20, the organizers of the strike expect to restart the negotiation process and have called on the government to suspend all repressive measures. Organizers also announced the opening of humanitarian corridors which were agreed upon through dialogue with agricultural producers to allow the circulation of food products and fuel to communities across the country.

No dialogue with repression

About half an hour before the dialogue process was set to begin, the anti-riot units brutally repressed protesters who had been organizing blockades of the Inter-American highway as part of the national mobilizations against the increase in cost of living. The security officials forcibly cleared the highway, using tear gas, pepper spray and pellets to disperse the crowd. In the incident, scores of protesters were injured. Additionally, at least seven were arrested.

Nevertheless, within hours following the repression, protesters returned to block the road. In the evening, a large number of people arrived in Santiago to support the closure of the Inter-American highway and joined the blockade.

In solidarity with the repressed protesters in Veraguas, the National Coordinator of Indigenous Peoples of Panama (COONAPIP) called for an indefinite closure of the Inter-American highway on various points, starting Wednesday morning, when the negotiations will resume.

Saúl Méndez, general secretary of the Single Union of Construction Workers (SUNTRACS), denounced the act of violence as an attempt to break the social movement, and called on the people to remain calm and united. “We understand that the brutal repression against the people in Santiago is a provocation to break the popular movement from uniting and reaching a concrete agreement. So, I encourage all the social fighters who are in the street anywhere in the country to maintain sanity, keep calm and be intelligent. The government will have to respond to our most urgent needs,” he told local media.

The social movements and organizations that are part of the People United for Life Alliance have drafted a list of 32 demands that address the rampant inflation and rising inequality in the country. The demands include reduction and freeze of price of fuel and basic commodities, a general increase in salaries and pensions, freezing the price of medicine and resolving the lack of supply, greater budget for public education and healthcare sectors, better working conditions in the education and health sectors, repairing of schools, hospitals, roads, and other public infrastructure, measures to combat corruption, rejecting the four bilateral US-Panama military bases, policies to support the Indigenous communities and ensure the respect of their autonomy, withdrawal of the austerity measures such as 10% reduction of the state workforce and a voluntary retirement program for public sector employees, among others.