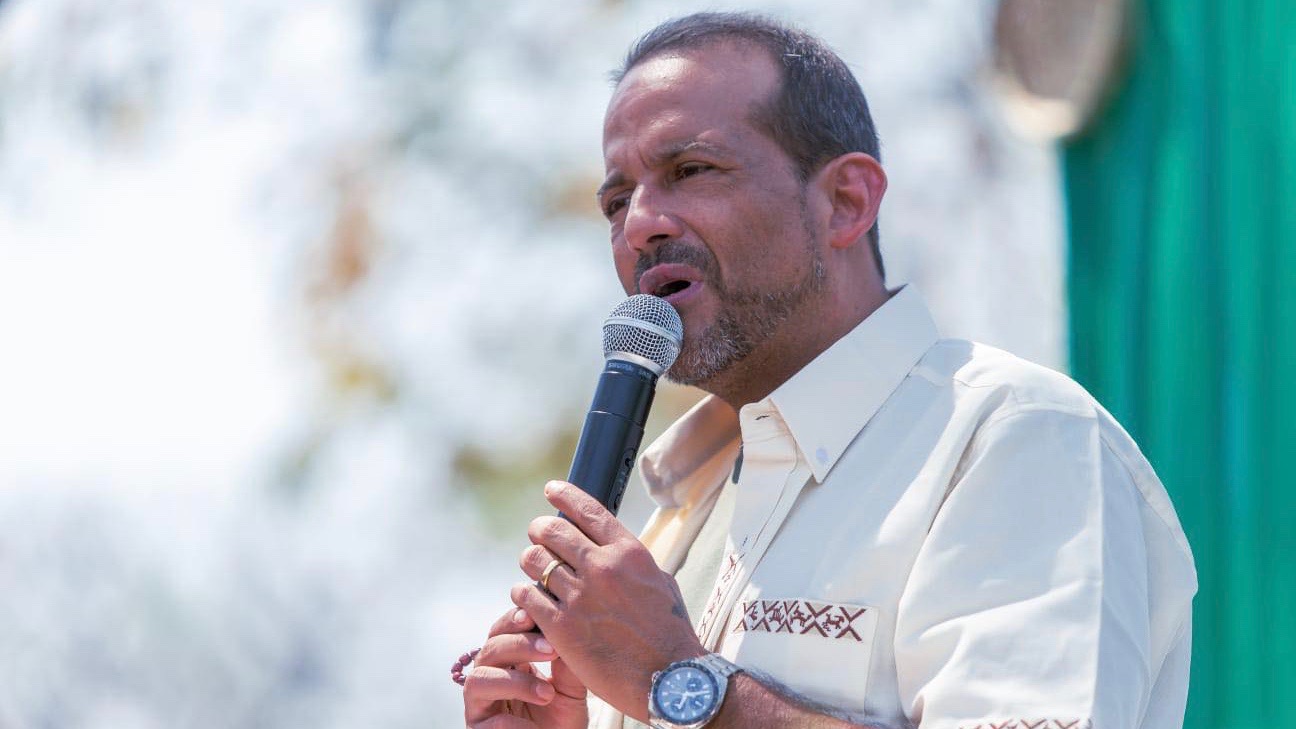 A Bolivian court sentenced far-right Bolivian leader Luis Fernando Camacho to four months of preventive detention in the Chonchocoro Prison while investigation is underway in the ‘Coup d’état I’ case. The court ruling was issued early Friday, December 30, nine hours after proceedings began. The prosecution seeks to formalize the charge of terrorism against Camacho in the preliminary hearing.

The far-right leader was arrested by authorities on Wednesday, December 28. The Attorney General’s Office of La Paz had issued a warrant for the coup-leader’s arrest in October after Camacho failed to appear before court on four different occasions despite having been summoned and informed about the consequences of not appearing.

Since his arrest, violent riots have broken out in Bolivia’s Santa Cruz department demanding his immediate release and deeming his arrest an illegal kidnapping.

In a statement released on Wednesday, the Attorney General’s Office rejected allegations by the right-wing opposition, saying that it was part of an ongoing legal proceeding and “the citizen Luis Fernando Camacho has full knowledge of said process since its initiation, on November 28, 2020, in accordance with the Bolivian legal system.”

On numerous occasions, Camacho had publicly stated that he would not go to La Paz to appear in legal proceedings. On December 9, in a rally held in Santa Cruz, Camacho declared: “If they want to put me in prison, they should come to my town, because I am not going to turn myself in…, as they want.”

The ‘Coup d’état I’ case is part of a series of legal proceedings initiated by the Bolivian judicial system to bring to justice the perpetrators of the coup d’état against President Evo Morales on November 10, 2019, and those responsible for the violent repression of the mass anti-coup protests. During the mobilizations against the coup in November 2019, 38 Bolivians were killed in military and police repression.

In June 2022, former de-facto Bolivian President Jeanine Áñez was sentenced to 10 years in prison in the ‘Coup d’état II’ case for the crimes of “breach of duties” and “resolutions contrary to the Constitution and the Law” in her capacity as the former second vice-president of the Senate.

Luis Fernando Camacho was one of the key architects of the 2019 coup. At the time, he was president of the far-right Pro Santa Cruz Civic Committee, which organized and encouraged the violent and racist demonstrations against the Morales government in Santa Cruz and across the country. While the post-elections conflict was unfolding, Camacho traveled to La Paz with members of the Civic Committee to demand Morales’ resignation.

In a video circulated on social media platforms in December 2019, Camacho is seen addressing a group of people, saying that his father had coordinated with the military and police to ensure that the anti-Morales protests were not repressed.

In November 2020, following the restoration of democracy in Bolivia, former deputy of the ruling Movement Towards Socialism (MAS) party Lidia Patty filed a complaint with the Prosecutor’s Office against the sitting governor of Santa Cruz and his father, accusing them of terrorism, sedition and conspiracy.

In Camacho’s home department Santa Cruz, violent riots have been ongoing since Wednesday evening to protest his arrest. Government buildings have been the central target of the right-wing protesters’ ire, including the Attorney General’s Office, National Tax Office, the Palace of Justice, and the Civil Records Office, which have all suffered arson attacks and been looted. According to reports by the Bolivian Information Agency, 90% of the Attorney General’s Office has been irrevocably damaged.

The home of Minister of Public Works Édgar Montaño was also burned and looted. Montaño signaled that the far-right Unión Juvenil Cruceñista (UJC-Santa Cruz Youth Union) is one of the key organizations behind the violence.

The UJC and other far-right groups have also issued threats against authorities and legislators of the MAS party on social media. The group reportedly shared a message stating: “For their own good, we ask the Masista authorities living in Santa Cruz, ministers, deputies, assembly members and all state officials, to leave Santa Cruz immediately with their families. We are not responsible for what may happen hereafter.”

On Thursday afternoon, in a meeting of the Santa Cruz Assembly, organizations decided to begin a 24-hour department-wide civic strike to intensify pressure calling for Camacho’s release.

The 24-hour strike comes just over a month after the conclusion of the indefinite strike organized in Santa Cruz by Camacho and the department’s far-right organizations in order to protest the census law and its date. During the strike, numerous acts of violence, vandalism, racism, and discrimination were carried out against individuals and organizations that opposed the strike. It caused serious economic losses, and resulted in four deaths, dozens of human rights violations, tens of physical attacks and injuries.

Meanwhile, social organizations and associations of victims of the massacres of Sacaba and Senkata, which took place following the coup, celebrated news of Camacho’s arrest and announced that they would maintain a permanent vigil in La Paz until he is sentenced.

Gloria Quisbert, whose brother was killed in the Senkata massacre on November 19, 2019, said “We demand justice, we will not rest until we find justice…It has been three years without our loved ones. In 2019, many families lost their parents, children, the right to life was not respected and many children were orphaned.”

Simón Amaru, president of the National Coordinator in Defense of Democracy in El Alto, told the press: “I want to warn all the prosecutors, all the judges that if you dare free Luis Fernando Camacho, the people of El Alto will take to the streets…”

In Sacaba, Cochabamba, where another massacre took place on November 15, 2019, rallies in support of the justice’s decision were also held. A protester told Bolivisión, “We are declaring a state of emergency and permanent mobilization until the judges and prosecutors appointed to Camacho’s case give a solution, that they give the corresponding sentence, we ask that he be given preventive detention so that he cannot obstruct the investigation and a proper investigation can be carried out.”