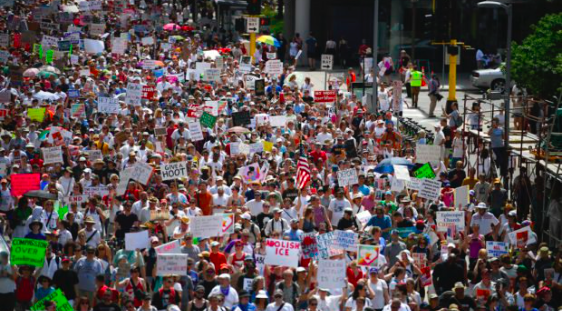 Protesters carried placards with slogans such as ‘Abolish ICE’, ‘No more children in cages’ and ‘What’s next? Concentration camps?’ Photo: Aaron Lavinsky/Star Tribune via AP

Over 700 hundred protest marches were held in the US over the weekend against the Trump administration’s practice of separating children from migrant families, without any assurance of reunion, in pursuit of its “Zero Tolerance policy” towards illegal immigration. Earlier, on Thursday, nearly 600 women were arrested during a sit-in protest at a US Senate office building.

The protests over the weekend saw hundreds of thousands of people take to the streets in solidarity with the over 2,000 children that have been forcibly separated from their parents who crossed the US border. The venues ranged from Washington D.C., New York and Los Angeles to conservative regions such as Appalachia and Wyoming.

“Abolish ICE” (Immigration and Customs Enforcement), “No more children in cages” and “What’s next? Concentration camps?”, were some of the slogans on the placards carried by protesters.

One group of protesters gathered near a detention facility holding the forcibly separated children in Texas. Another group of protesters mobilized near a golf resort in New Jersey where Trump was enjoying his weekend holiday, from which he took time off to tweet, “The Liberal Left, also known as the Democrats, want to get rid of ICE, who do a fantastic job, and want Open Borders. Crime would be rampant and uncontrollable!”, adding his old campaign slogan, “Make America Great Again.”

“I have watched ICE liberate towns from the grasp of MS-13 & clean out the toughest of situations. They are great!”, he said in another tweet, comparing the weeping mothers and frightened children to gangsters. Many of the families have fled violence and economic attrition in Central American countries, which have been plunged into crisis, often due to decades of US intervention in the region. Besides, there is no evidence of ICE liberating “towns from the grasp of MS-13,” [gangsters who mostly prey on immigrant communities.]

Thousands of protesters, across the country, carried placards with the slogan, ‘I care’, a response to the words on the jacket [I really don’t care, do U?] worn by First Lady Melania Trump while meeting migrant children last month.

While Trump did sign an executive order, seeking changes to the law so as to allow the detention of children with their parents instead of separating them, there is no mechanism put in place to reunite the more than 2,000 children who have already been separated.

“We came to the United States seeking help, and we never imagined that this could happen.. I beg everyone, please release these children, give my son back to me,” said a weeping Brazilian mother at a rally in Boston through a translator. Her 10-year-old had been taken away from her.

Marching with protesters in Brooklyn, an Episcopal priest, Rev. Julie Hoplamazian, said, “It is important for this administration to know that these policies that rip apart families – that treat people as less than human, like they’re vermin – are not the way of God, they are not the law of love.”

In the capital city of Washington D.C, about 30,000 protestors marched from the Lafayette Park near the White House to the Justice Department, at the doors of which they piled the placards they had carried across the march. To help the protestors cool off as they marched under sweltering sun, firefighters gently sprayed them with water-mist.

Appreciating the fact that Americans came in hundreds of thousands against Trump’s insensitive immigration policy, Jess Morales Rocketto, political director at the National Domestic Workers Alliance, which includes many migrant workers, said, “Honestly, I am blown away. I have literally never seen Americans show up for immigrants like this.”

Rights groups oppose US arms sale to UAE; demand end of its role in Yemen war 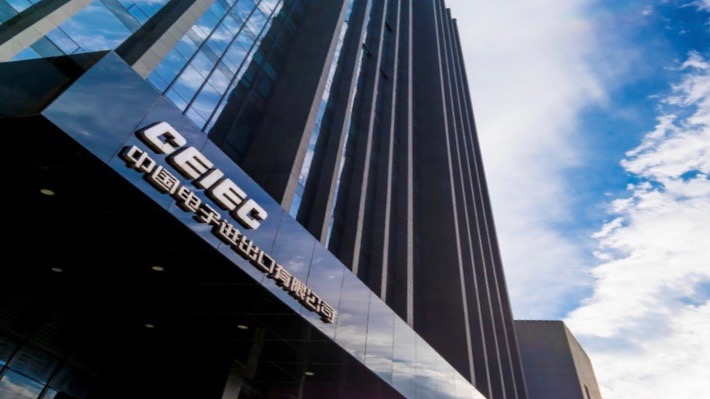