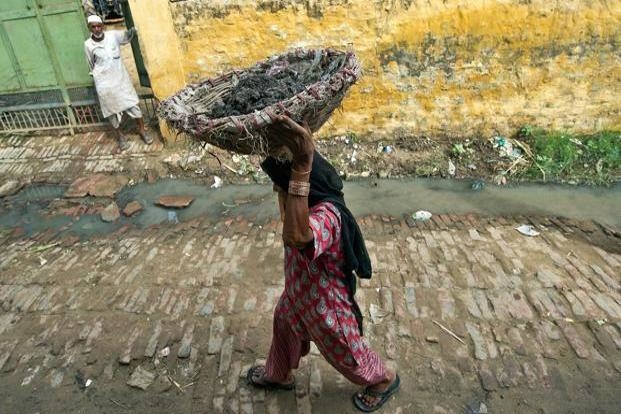 Activists complained that the government continued to deny the existence of manual scavengers.

Manual Scavenging is a form of modern day slavery which involves the removal of untreated human excreta from bucket toilets or pit latrines. The practice is linked to the oppressive and discriminatory Hindu caste system in India. Though the practice is prohibited by law, thousands of Dalits, who are considered to be untouchables under the caste system, are forced to clean human excreta with their bare hands. According to the Census of India of 2011, there are still an estimated 182,505 manual scavengers in India. Most of the people who are involved in manual scavenging come from the Hindu Valmiki community and some from the Muslim Haila community.

The Safai Karamchari Andolan is an organization spearheading the movement for the liberation of manual scavengers, and ending the degrading and inhuman practice. Their struggle has led to stringent legislations and forced the government to institute welfare and rehabilitation schemes for people involved in manual scavenging. One such scheme is the National Scheme for Liberation and Rehabilitation of Scavengers and their Dependents (NSLRS) for providing alternative avenues of employment for manual scavengers. Along with an assistance up to Rs. 50,000 ($727) per beneficiary, the scheme provides assistance in obtaining a bank loan.

Manual scavenging also involves the cleaning of underground sewage systems without any protective equipment (which the law classifies as ‘hazardous cleaning). According to the Safai Karamchari Andolan, between 2014 and 2016, nearly 1,500 people have died while cleaning septic tanks across India.  The southern Indian state of Tamil Nadu, according to the official statistics, accounted for 45% of manual scavenging deaths.

The officials from Tamil Nadu Adi Dravidar Housing and Development Corporation (TAHDCO) claim that no sanitary worker has come forward to avail the benefits under the National Scheme for Liberation and Rehabilitation of Scavengers (NSLRS) in the last five years. However, the organisations working for manual scavengers termed it as baseless.

“Earlier, a survey had been held, manual scavengers had been identified and all of them had applied for the scheme. However, the government continuously denies that, in spite of the people declaring that they are a manual scavenger. The scavengers have also given the locations where they work. But the government continues to deny their very existence, and went ahead and stated that nobody had come forward to avail financial assistance,” said Deepti Sukumar of Safai Karmchari Andolan (SKA), a national movement committed to the total eradication of manual scavenging and the rehabilitation of all scavengers for dignified occupations, while speaking to Newsclick.

The financial assistance under NSLRS is meant to create alternate sources of livelihood for the workers involved in manual scavenging.

Also Watch: A Battle For Freedom: Wilson and the Safai Karamchari Andolan

The state’s denial of existence of manual scavengers in Tamil Nadu does not mean that the state is free from manual scavenging works. According to the state government, only 426 workers are engaged in manual scavenging. However, a survey conducted by SKA in just 8 cities across the state, says that there are about 3,000 such workers.

“In earlier surveys, the people who had self-declared to be manual scavengers had not been included in the rehabilitation. Now, they have again conducted a resurvey that has been mandated by NSLRS under Ministry of Social Justice and Empowerment (MSJE), in April and May, and the report is yet to come.”

Recently, a survey was conducted by the National Safai Karmacharis Finance and Development Corporation (NSKFDC) to identify manual scavengers in the state. The survey, intended for the rehabilitation of workers, was conducted with very little efficiency. During the time it was being conducted, it had already been pointed out that there was no proper advertising.

Also Read: Another Cheat Survey, in the Name of Manual Scavengers

Deepti said that once the SKA activists were there, the authorities were compelled to accept the applications. But the applicants had to undergo the verification process, during which they faced threats from the officials, that police complaints might be registered against them.

In addition to the threats, the officials at the camp sent back the people who had come to register, saying that proof saying that they indeed were manual scavengers was needed.

This ill-treatment of the applicants was influenced by the instructions from the NSKFDC. A notice shared on their website clearly said that those who come to enroll themselves for the rehabilitation scheme should bring one passport size photograph, bank passbook with a copy, identification document (preferably Aadhaar), and any other document to prove their claim as a manual scavenger.

Under MSJE, NSKFDC also announced the Scheme for Rehabilitation of Manual Scavengers (SRMS), under which identified manual scavengers are entitled to a number of benefits, including one-time cash assistance of Rs. 40,000, skill development training up to two years with a stipend Rs. 3,000 per month, concessional loan for self-employment projects, pre-matric scholarships, etc.

“Since employing someone to clean your septic tank is illegal, who would have given them a certificate or letter saying they were employed as manual scavengers?” Samuel, state convener of SKA, questioned the agenda that is taking away their opportunity to live a dignified life.

The Prohibition of Employment as Manual Scavengers and their Rehabilitation Act, 2013, which came into effect from December 2013, says “no person, local authority or any agency shall engage or employ, either directly or indirectly, a manual scavenger, and every person so engaged or employed shall stand discharged immediately from any obligation, express or implied, to do manual scavenging.”

On the other hand, manual scavengers are still sacrificing their lives at cost of their right to live with dignity like every other citizen. Among the many those who have lost their lives while cleaning human waste, the highest number of deaths have been reported in Tamil Nadu. As per the data submitted by the Union Minister of Housing and Urban Affairs, Hardeep Singh Puri, in Rajya Sabha, a total of 323 deaths were reported across the country since 1993, out of which 144 deaths were in Tamil Nadu. However, the data from the Tamil Nadu government paints a different picture. It shows that in 2016, only 11 deaths had been reported in the state.

However, SKA had pointed out it is not the real picture. There were 1,340 deaths in the past 10 years across the country, and 294 of the deaths had been reported in Tamil Nadu. The SKA survey portrays the harsh realities. 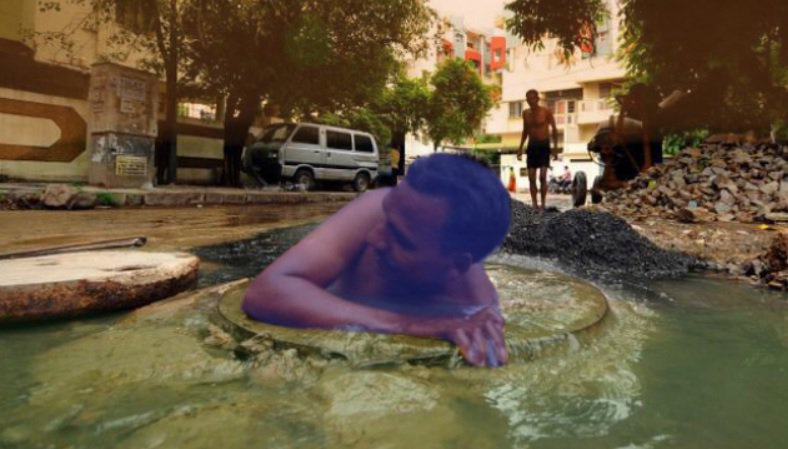