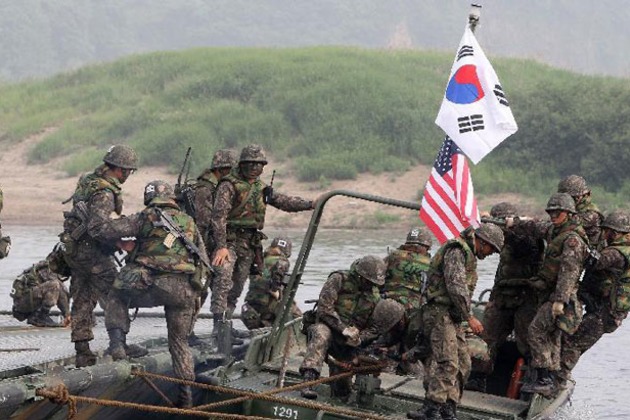 In the midst of ongoing peace talks between the US and North Korea, the former has reportedly been conducting secret military manoeuvres, directed against the latter, in alliance with Japan. This was reported by the North Korean ruling party’s official newspaper, Rodong Sinmun, on August 28, citing South Korean radio reports.

Alleging that “U.S. special units in Japan staged a drill of flying 1,200 km to the Philippines through air transport”, the report said that this drill “aimed at “infiltration into Pyongyang” in case of change of direction.”

Before the start of the drill, the Green Berets (a US special operations force specializing in unconventional warfare) the Delta Force, which is trained to carry out operations against high-value targets behind enemy lines, and other special units were reportedly transported from a US base in the Japanese island of Okinawa to the Jinhae naval base in South Korea.

Calling the drill “extremely provocative and dangerous military moves”, the article argued that undertaking such acts, while at the same time insisting on “denuclearization first”, proves “that the U.S. is hatching a criminal plot to unleash a war against the DPRK.” It added, “We cannot but take a serious note of the double-dealing attitudes of the U.S. as it is busy staging secret drills involving man-killing special units while having a dialogue with a smile on its face.”

A spokesperson at the US embassy in the South Korean capital reportedly denied any knowledge about the drill. Hours later, speaking at a Pentagon news conference, Defense Secretary Jim Mattis said that the war games with South Korea – which were called off after the meeting between Donald Trump and Kim Jong-un – might be resumed soon. While “several of the largest exercises” were suspended, not all were, he said, adding “there are ongoing exercises all the time on the peninsula.”

The following day, on August 29, Trump, adding to confusion, said in a series of tweets, “the President believes that his relationship with Kim Jong-un is a very good and warm one, and there is no reason at this time to be spending large amounts of money on joint U.S.-South Korea war games.”

“Besides”, he added, “the President can instantly start the joint exercises again with South Korea, and Japan, if he so chooses. If he does, they will be far bigger than ever before.”

These developments have come about days after the scheduled visit of US Secretary of State, Mike Pompeo, was cancelled by Trump on August 24, barely a day after it was formally announced. South Korea’s Foreign Minister, Kang Kyung-wha, expressed his discontent about the cancellation in a phone call to Pompeo on August 25.

This cancellation has jeopardized the dedicated attempts being made by South Korean President Moon Jae-in to improve the relations between the two countries, in line with the commitment jointly made by him and Kim Jong-un in the Panmunjom declaration.

In pursuit of the commitments made in the declaration, a liaison office between the two countries was scheduled to be set up this month at the Kaesong Industrial Complex in North Korea’s capital. South Korea had “hoped the liaison office could develop into a permanent mission and act as a precursor to a South Korean embassy in Pyongyang”, NK news reported. However, after the cancellation of Pompeo’s visit, South Korea, in order to not upset Washington, has, for now, put the plan to set up the office on hold.

“The opening of the liaison office had been planned under smooth progress, such as Pompeo’s North Korea trip and the South-North Korea summit, but we believe there is a need to once again review the issue since a new development has emerged,” a spokesperson of Blue House – South Korea’s of executive and Presidential office – said three days after the talks were called off.

The reason given by Trump for causing this disruption is a lack of progress in denuclearization and the lack of support from China, which, he believes, is not creating sufficient pressure on North Korea to undertake denuclearization. This is owing to the trade war the US has launched against China, which has been retaliating with counter-measures.

This line of reasoning – entangling one unnecessary and unwinnable trade war with the vital peace talks upon which depends the fate of Korean peninsula – has yet again highlighted the fact that the US and North Korea were never on the same page on how to proceed with denuclearization.

North Korea has for long maintained that it is willing to denuclearize completely, provided the US ends the state of war which technically still exists between the countries. The Korean war was never formally ended as only an armistice was signed. The sequencing of the first three points agreed upon by Trump and Kim in the Singapore Summit also indicates that joint “efforts to build a lasting and stable peace regime on the Korean Peninsula” will precede the “work towards complete denuclearization of the Korean Peninsula.”

While the process of denuclearization was initiated by North Korea with the dismantling of the Punggye-ri nuclear test site, the state has refused to give in to the “gangster-like” demands made by Pompeo on his last visit, requiring North Korea to reveal its full nuclear inventory and submit a timeline for total denuclearization.

A step-to-step process – where each move the US makes towards the ending of hostilities will be reciprocated by North Korea by taking a corresponding step towards denuclearization – is what North Korea is believed to have insisted for long. The sequencing of the points in the agreement signed with Trump indicates that this is also what the US had agreed for, wittingly or otherwise. Such an approach is also in line with the Panmunjom declaration, in which Moon and Kim jointly stated, “South and North Korea agreed to carry out disarmament in a phased manner, as military tension is alleviated and substantial progress is made in military confidence-building.”

Accordingly, a total and irreversible denuclearization is not something that can be undertaken by North Korea without a formal end to the state of war. The US, however, has refused to heed North Korea’s demand for peace. While insisting on denuclearization before a peace treaty can be signed, the US, according to the report in Rodong Sinmun, has also been simultaneously engaging in military drills and maneuvers directed against North Korea.

The willingness of the US to sign a peace agreement has always been suspect, because after such an agreement, the US will no longer have any justification for the maintenance of troops in South Korea. All this while, the US has been claiming the troop deployment is to defend it against the North, but in practice, it only leads to American military domination in east Asia.
Under the circumstances, it appears the agenda of establishing peace can only be pursued by the commitment of the leaders of the divided peninsula. Moon Jae-in is scheduled to meet Kim Jong-un next next month, to carry forward peace talks. However, “If Mr. Moon ignores Mr. Trump’s unhappiness with North Korea and pushes ahead with his plan.. he could run the risk of creating a rift with Washington, the South’s most important ally,” New York Times has already warned.

Addressing South Korea on the 73rd Liberation Day on August 15, President Moon, after recounting the economic and the human suffering that the divided Korea continues to suffer decades after the war, went on to assert the need for South Korea to work towards establishing friendly relations with North Korea, regardless of the mood swings of the US leadership.

Whether or not Moon will follow up on his assertion by proceeding with talks with his Northern counterpart as scheduled, without waiting for Trump to change his mind, is yet to be seen. 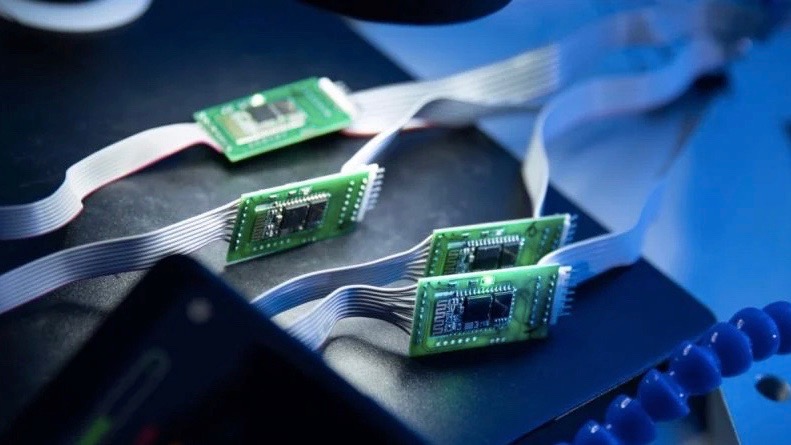 Chip War v2: US decoupling from China or declaring war by other means?