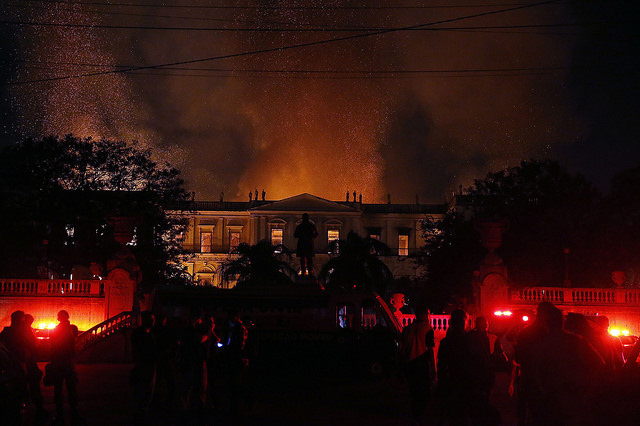 A huge fire hit Brazil’s National Museum, in Rio de Janeiro, around 7:30 p.m. Sunday, causing “irreparable damage” to its collection and research, the institution’s director of Preservation, João Carlos Nara, told Agência Brasil. Nara was agitated about the blaze and criticized the fact that investments are allocated to other areas in the country. “They spend millions on other projects,” he said.

The National Museum in Rio had a collection of more than 20 million artifacts in areas such as geology, paleontology, botanics, zoology, and archeology. The institution housed the largest collection of Egyptian mummies in the Americas, as well as dinosaur skeletons and several pieces of art. Nara said that “not much was left” after the flames were controlled and that only after firefighters finish their work it will be possible to “really grasp the magnitude of it.”

“This is an appalling tragedy. The images speak for themselves and show a completely irreparable loss,” João Brant, a former executive secretary of the Ministry of Culture during the Dilma Rousseff administration, told Brasil de Fato. “We cannot talk about rebuilding it without first mourning everything that was lost.”

The flames spread as the hydrants closest to the museum were not working and firefighting teams had to wait for water tank trucks to fight the blaze, while also getting water from a nearby lake. “We are working to minimize losses, so that the fire doesn’t spread to areas that are intact,” said colonel Roberto Robadey Costa Júnior, the commander of Rio’s firefighters.

The provost of the Federal University of Rio de Janeiro (UFRJ) and director in charge of managing the National Museum, Roberto Leher, told Agência Brasil that, as a hundred-year old building, the museum did not meet all fire safety requirements. Leher said that the UFRJ, like other Brazilian public universities, is suffering under budget constraints, and the museum also took budget cuts. Recently, according to the provost, the university negotiated with the Brazilian Development Bank to finance construction work in the museum, including a fire safety system.

“We’re talking about less than R$100,000 (less than US$25,000) this year. The amounts allocated to museums are pitiful,” João Brant told Brasil de Fato. “It’s a reality of spending cuts, which makes it difficult to keep appropriate maintenance contracts.”

According to Nara, the National Museum’s management was waiting after Brazil’s election in October to start a preservation and repair project in the building.

“This is a huge loss to the country. Our memory is here. A lot of the process of building Brazil’s modern history goes through the National Museum. This fire makes the country’s heart bleed,” Leher told Agência Brasil. “The only thing we can do right now to cope with this brutal loss is rebuilding it. I believe Brazil has to forge a commitment with the political society, the government, which has the means for that, so that there is budget, so that the university can actually rebuild this building and recover its extraordinary collection as much as possible.”

João Brant argues that, while many areas – and not just spending cuts – should be held accountable, “it’s not possible to start thinking from anywhere other than these cuts.” “Those who think that Brazil will improve its economy by cutting public spending actually fail to realize all the immediate and long-term negative impacts of those cuts. We’ve lost collections and they are absolutely irrecoverable. When we talk about spending cuts, for example, all museums have a minimum maintenance cost, and if you cut that, there’s nowhere to get [the money] from.”

Brazil’s National Museum in Rio de Janeiro is the country’s oldest historical institution. It was established by John VI of Portugal in 1818. It is a world-renowned institution for its unique scientific research and houses one of Brazil’s largest natural sciences libraries, with more than 470,000 books, including 2,400 rare works.

Some of its most important artifacts include one of the oldest human remains in the Americas, known as “Luzia.” The largest meteorite ever found in Brazil, known as Bendegó, is also part of the museum’s collection. It weights 5.36 tons and was found in 1784.

(*) With reports by Agência Brasil, Camila Salmazio and Júlia Rohden 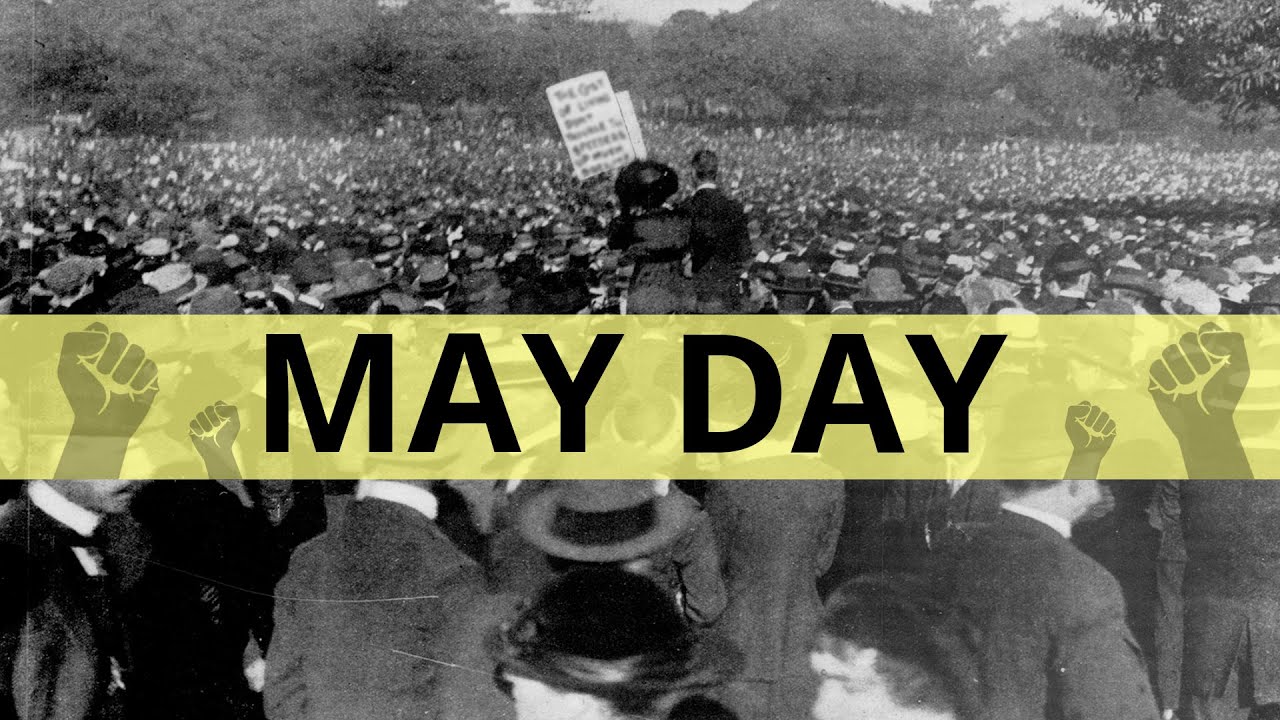 What May Day means to the working class?
RECENT ARTICLES