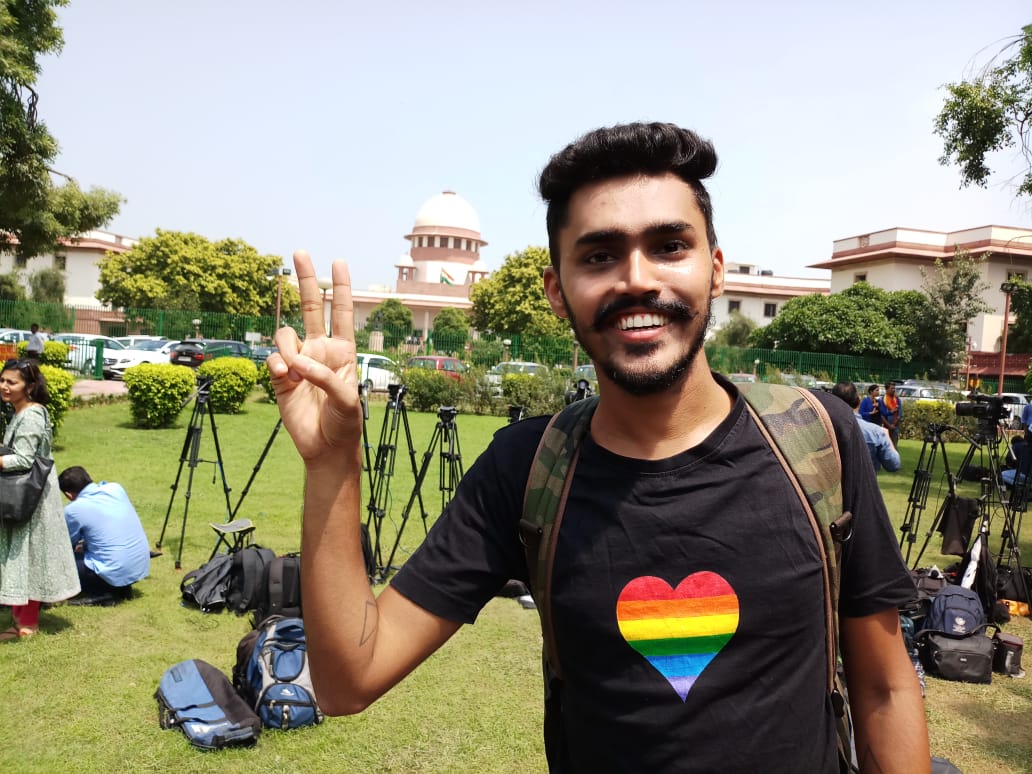 After years of struggle, the LGBTQ community in India won a major victory after the Supreme Court struck down Section 377 of the Indian Penal Code (IPC), which criminalized homosexuality. Exultant activists on the court premises cheered the verdict with shouts of ‘Hip Hip Hurray.

The 157-year-old colonial law stated, “whoever voluntarily has carnal intercourse against the order of nature with any man, woman or animal, shall be punished with imprisonment for life, or with imprisonment of either description for a term which may extend to 10 years, and shall also be liable to fine.”

As per the verdict, consensual sexual acts between adults (18 years of age or above) of the same sex have been decriminalized, while bestiality continues to remain an offense.

Calling upon the government to publicize the order and work towards countering the stigmatization of homosexuality that is widespread in society, Justice R. F. Nariman, referred to Mental Healthcare Act passed by the parliament last year, which recognized homosexuality as not being an abnormality.

In a statement released in June this year, the Indian Psychiatric Society had said: “Homosexuality is not a psychiatric disorder and we recognise same sex sexuality as a normal variant of human sexuality much like heterosexuality and bisexuality.. There is no scientific evidence that sexual orientation can be altered by any treatment and that any such attempts many, in fact, lead to low self-esteem and stigmatisation of the person.”

Acknowledging the damage this unconstitutional law had done to the LGBT community, Justice Chandrachud noted, “Section 377 has travelled so much that it has been destructive to the LGBT community. It has inflicted tragedy and anguish, which are to be remedied,” adding that the purpose of this case was not simply decriminalization, but an active recognition of LGBT rights.

Previously, the Delhi High Court had read down the Section 377 in 2009, stating in its verdict, “We declare that Section 377 of the IPC, insofar as it criminalises consensual sexual acts of adults in private, is violative of Articles 21 [Right to Protection of Life and Personal Liberty], 14 [Right to Equality before Law] and 15 [Prohibition of Discrimination on Grounds of Religion, Race, Caste, Sex or Place of Birth] of the Constitution.”

Lauding the verdict as the “first step towards guaranteeing the full range of fundamental rights to LGBTQ persons”, the UN said, “We also hope that the judgment will boost efforts to eliminate stigma and discrimination against LGBTQ persons in all areas of social, economic, cultural and political activity, thereby ensuring a truly inclusive society.”

The first protest in India demanding a recognition of gay rights dates back to 1992. Following this victory after over two-and-a-half decades of struggle, jubilant members of the LGBT community celebrated across the country, dancing on the streets, waving flags and holding rainbow-colored banners. Queer parties will be held in numerous clubs in metropolitan cities tonight.