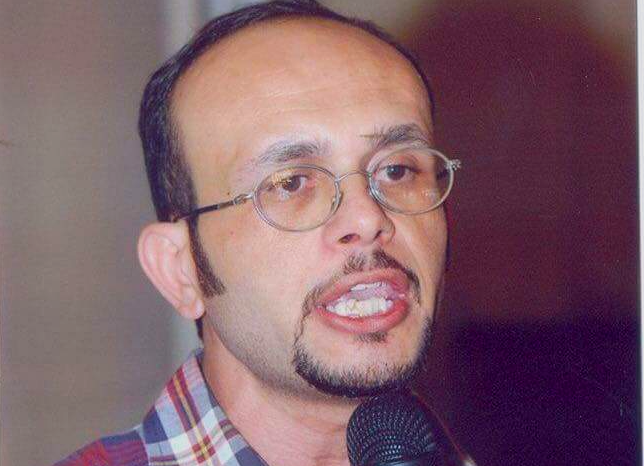 Mamdouh Makram of Egypt's Bread and Freedom Party was sentenced to six months in prison yesterday.

On September 20, a court sentenced activist Mamdouh Makram of the Bread and Freedom Party of Egypt to six months in prison for charges from 2016. Makram had been arrested in the context of a popular uprising sparked by the news that Egyptian President Abdel Fatah al-Sisi had agreed to hand over two islands in the Red Sea to the Kingdom of Saudi Arabia as part of an agreement on marine borders between the two parties.

The move sparked a wave of anger in Egypt and people took to the streets and social media to show their anger. The intense mobilizations were followed by a harsh government crackdown all over the country on all different fronts. At the time, Mamdouh was brought to prison and locked up for 25 days. Though he was released in 2016, the court started hearing his case again, and yesterday delivered the sentence.

Mamdouh has been a dedicated socialist  since his time in college and is a founding member of the Bread and Freedom Party. He hails from the Asyut Governorate of Upper Egypt, one of the poorest provinces of the country Egypt, with one of the lowest human development indexes.

Peoples Dispatch spoke to Elham Eidarous, founding member and legal representative of the Bread and Freedom Party, and Mohamed Abdo, spokesperson of popular outreach of the party, to understand what led to Mamdouh’s arrest and the work that he does in his community and with the party.

Peoples Dispatch: Why was Mamdouh arrested?

Elham Eidarous: During the protests in April-June of 2016, the government began to arrest the most active and well known democratic activists in each province. We are a very small party, an emerging one and we had 10 people put in prison. From the bigger party Al-Dostour, the Constitution Party, 30 were arrested and from the Popular Alliance, another socialist party, two or three were was arrested. This crackdown was across all regions and parties.

At the time, Mamdouh was brought to prison and he was locked up for 25 days but the court started to hear his case again. Also, around 10 of our comrades went to prison at that moment. Some of them were later acquitted by court annd others went out of jail but the cases were not closed and now they are being brought back to court, like what happened with Mamdouh.

There are others like our comrade Gamal Amdel-Hakeem, who is the head of the students’ bureau in the Party. He is a young man of 21 years who was sentenced last year to five years in prison because of his opinions about authorities that he writes on Facebook. In my country they just hate Facebook! Whenever we write on Facebook it’s a big problem. The weird thing about Gamal’s case and the reason he was jailed for five years is that the court charged him with incitement to commit terrorist crimes using electronic media. In Mamdouh’s case, the charge was incitement to violation of law and humiliation of public authorities for which he was given 6 months. Many young men and women like Mamdouh and Gamal are sent to prison because of their opinion, their posts on Facebook, and more.

PD: Are the charges they are receiving product of recent legislation of Sisi’s regime?

Sisi made more severe changes in the penal code, including a completely new law regarding terrorist acts committed by individuals, like the one with which Gamal is being charged or committed by organizations. Judges essentially have a pile of oppressive legislation from the past century that they are allowed to use. The charge against Mamdouh maybe was maybe written in 1950s and the charges against Gamal were written in 2015. For example, if you go out in a demonstration, there are two laws that you can be charged with: the assembly law which was made in 1910 under British rule and is still valid today which deals with protest as individual crime. Then you also get charged according to a law that the Sisi regime made in 2013 called the Demonstration and Public Rallies Law which deals with demonstrations or protests as a collective crime. Sisi’s regime added more and even worse legislation to the stack of oppressive laws that we already have.

PD: What does the judiciary do? Do they approve all of the charges issued by the government?

EE: There was a time where the public prosecution would abide by legal guidelines more. So if the police would not do their job in writing the report about you, or following other aspects of due process, maybe the prosecution would suffer a setback. However, now this is very rare, especially now that we have different innovative kinds of prosecution, especially for political cases. This kind of prosecution is different from the criminal court. This may keep you in preventive custody for up to two years. And this never goes to court because they expect that if you go, you will be acquitted.

EE: The judiciary is a big problem now, and they are not just the followers of the executive authority but they are part of the counter revolution. They are conservative people who are defending the regime. They are not taking orders, they are taking revenge on certain groups and certain classes of society that they believe are causing chaos, and chaos is the revolution of course.

PD: Could you tell us a bit more about Mamdouh?

He is also very interested in poetry and literature and he expresses this through his work with the public cultural institutions. In Egypt we have these cultural centers of the government which are usually run by a bunch of bureaucratic employees who do nothing. But where there are people like Mamdouh, people who go and volunteer and activate these kind of cultural centers. They become very important in cultural life, especially outside the capital because unlike in Cairo, where there are many privately owned cultural centers either for profit or non-profit, in a place like Asyut they don’t have many.

He is also a very big critic of reactionary religious fundamentalism embedded in political Islamic trends and has written on the subject.