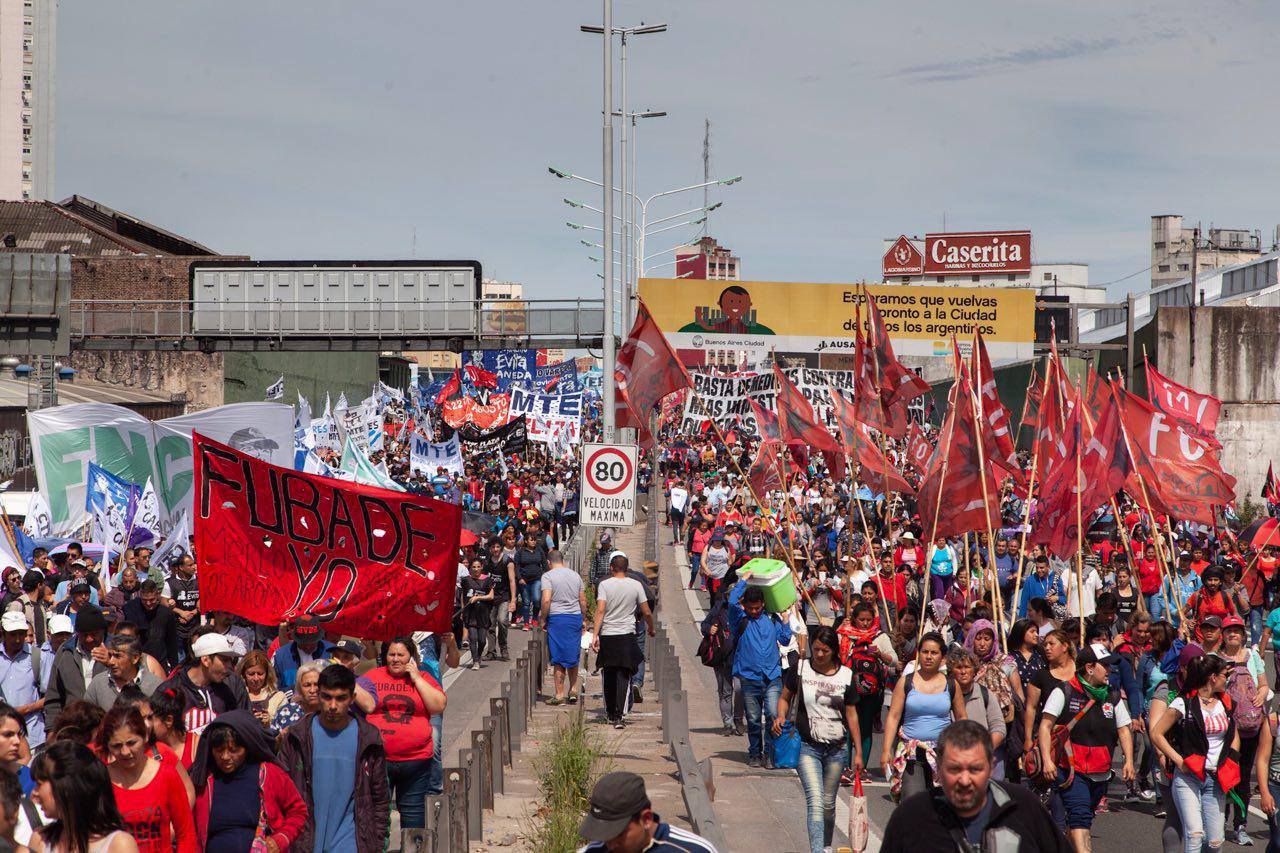 On September 24, thousands of workers from dozens of different trade unions, social and political organizations, and people’s movements marched from the Pueyrredón bridge to Plaza de Mayo in the Argentine capital of Buenos Aires to denounce the neoliberal policies of Mauricio Macri’s government and the agreement made with the International Monetary Fund (IMF). The marchers were met with heavy repression by the police while they were crossing the bridge, but they achieved their goal of arriving in the thousands at the Plaza de Mayo. The central slogans of the march were “Fuera el FMI, Basta de Hambre” (Get out IMF, Enough of Hunger) and “Unidad de los trabajadores contra el ajuste” (Unity of the workers against the cuts).

The general secretary of Workers’ Confederation of Popular Economy (CTEP), Esteban Gringo Castro, addressed the workers at Plaza de Mayo: “We have mobilized because since the first assembly held a month ago, we took several steps. We went to the ANSES [Argentine Government social insurance agency] so that they do not cut 5,000 employment programs. Then, we held a rally with more than 150,000 people at the 9 de Julio. We also went to the energy secretariat that is charging such high rates that the people cannot pay and is cutting off the power supply [due to nonpayment]. Today we held this mass mobilization and tomorrow there will be a strong general strike”.

This massive mobilization was part of the 36-hour national strike called for by the General Confederation of Labor (CGT), their fourth general strike during Macri’s administration. The three divisions of the Argentine Workers’ Central Union (CTA) joined the CGT in the strike. The strikes seek to address issues such as public sector cuts in education, health, mass layoffs in government institutions, the IMF agreement which many fear will worsen the economic crisis in Argentina. They also denounced the 2019 agreements which project more budget cuts and personnel cuts.

While Argentine workers are taking to the streets with their demands, President Mauricio Macri is in New York City for the United Nations General Assembly.

Castro pointed out, “The president is in New York making a shameful deal with the IMF with a debt that is going to fall on the shoulders of the poorest workers and so we cannot stop taking to the street. When the budget is voted, we will lead hundreds of thousands to demand that it does not lead to a social genocide.”

As the strike is national, the mobilizations have not just been limited to the capital. Across the provinces and major cities of Argentina, workers have also been mobilizing to show their rejection of the policies taken by the government to combat the looming economic crisis but that have actually ended up affecting the most vulnerable in Argentina.

The general secretary of ATE and CTA-A of Río Negro Rodolfo Aguiar explained “If this national budget is approved, the agreement with the IMF is validated and the adjustment is deepened, then the reduction of public spending will have no end. In Patagonia, they are taking away the right to have rights from us. There are vast social sectors that already have difficulties in even buying fuel, paying bills, buying medicine or eating.”

This general strike, unlike the previous ones, paralyzed the entire country, mainly because of the support of the major service unions, such as the Union of Automotive Transport (UTA), which shut down its services from the first hour of Tuesday.

In addition, the CGT had the support of more than 200 unions, including those associated with the Argentine Trade Union Action Movement (MASA); which brings together telephone workers; the railway union of Sergio Sasia; the taxi workers of Omar Viviani and the teachers at all levels, Public employees, metro and aeronautic representatives enrolled in the CTA also took part.

While Macri speaks in the U.S., the Argentine working class expressed its discontent with the decline of their purchasing power, the increase in tariffs and the indebtedness generated purely and exclusively by its government. 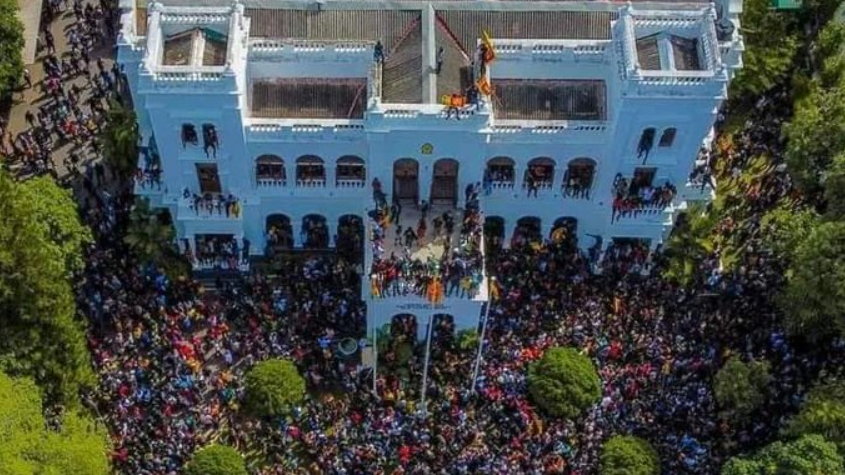