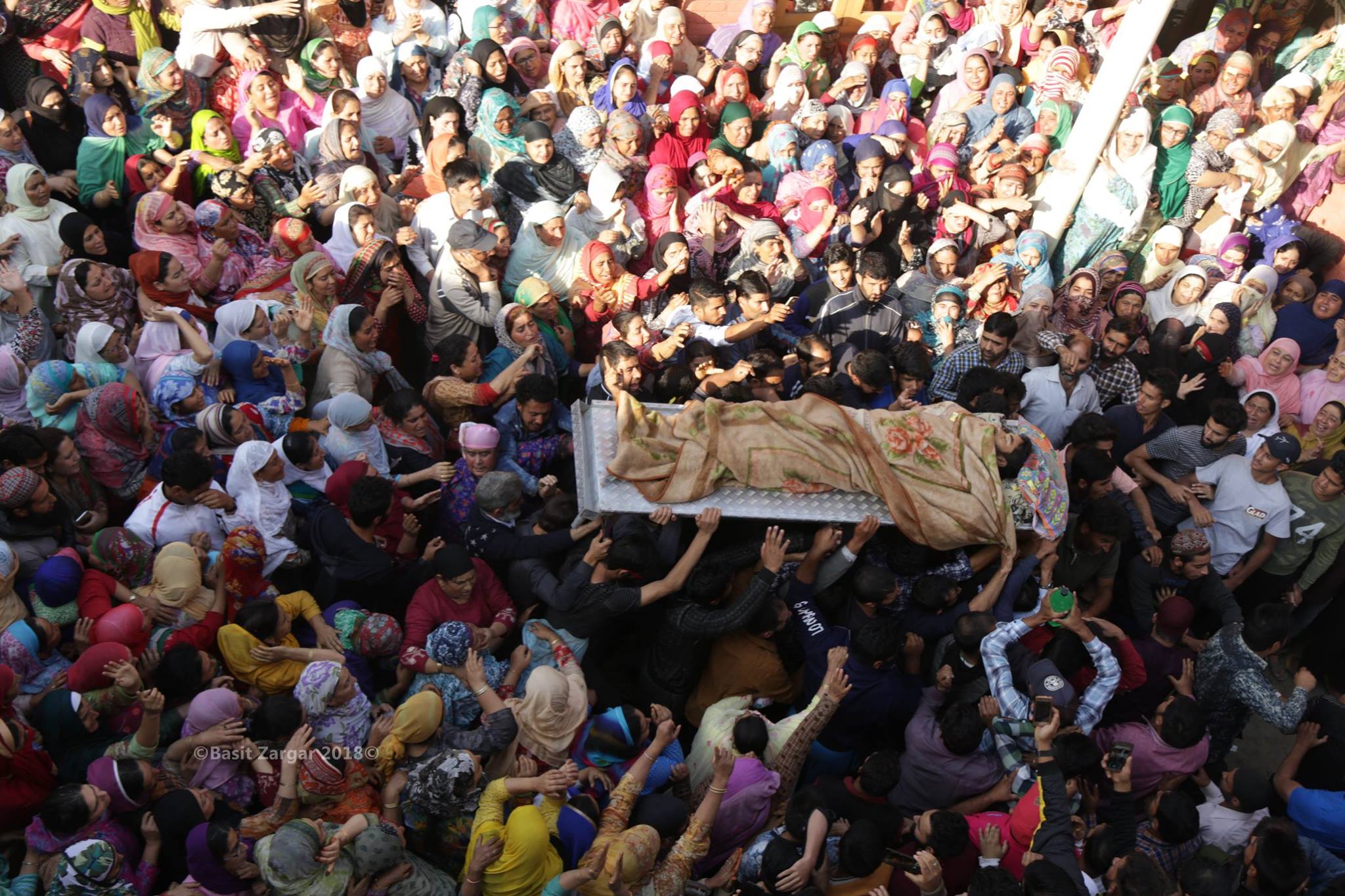 Protests broke out in Srinagar in the aftermath of the killing of the civilian and police used tear gas and pellets. Photo: Basit Zargar

A civilian, three militants and a soldier were killed in different incidents in Kashmir following operations conducted by the Army on September 27. The civilian, Mohammad Saleem Malik, died during a counterinsurgency catch and search operation (CASO) conducted by government forces in the capital city of Srinagar. It was followed by massive protests in the city and further clashes in which many more were injured.

In another incident, a militant and a soldier were killed in a fierce battle in Dooru in south Kashmir’s Anantnag (Islamabad) district. Another two militants were killed in a gunfight in Panzan in Budgam district.

“Saleem had left his room and entered the cattle shed outside the house to check on his sheep and goats early in the morning. There was a huge presence of military in the vicinity.  We didn’t know about any of this and we only heard gunshots. Later, we came to know the army had spotted Saleem and asked him to show his identity card for which he replied saying he was a civilian. But they refused to believe him and fired at him. We didn’t have the courage to step out when we heard the firing and later, we found his body,” Mehraj-ud-din Malik, his brother, told reporters.

In the aftermath of the killing of Mohammad Saleem Malik, protesters came out to the streets and the Indian army resorted to tear gas and pellets to disperse the people. More than 30 people were injured in the firing. As many as 11 protesters suffered pellet injuries in different parts of Srinagar and were admitted to  Srinagar premiere hospital, according to eyewitnesses.

Students of the Islamic University of Kashmir also held a massive protest on the campus condemning the killing of Mohammad Saleem Malik.

In Dooru, Asif Malik, a local commander of the Lashkar-e-Taiba (LeT) militant outfit, and a soldier, Happy Singh of 19 Rashtriya Rifles, were killed in a gunfight in Gasigund village soon after a counterinsurgency group laid an ambush in the village. Two other militants, Irfan Ahmad Dar and Shiraz Ahmad, were killed in another gunfight in Panzan area of Budgam district.

As the news of first incident spread, youth resorted to stone pelting near the area where the gunfight took place and reports suggest curfew-like-restrictions were imposed in parts of south Kashmir and internet services were also suspended. Despite the restrictions, thousands of people participated in the funeral prayers of  Asif Malik amid pro-freedom and anti-India slogans.

The police also claimed to have arrested a militant in north Kashmir. Arif Hussain Lone was apprehended by the police during a cordon and search operation in Mir Mohalla in the Kreeri area of Baramulla and a pistol was allegedly recovered from him.