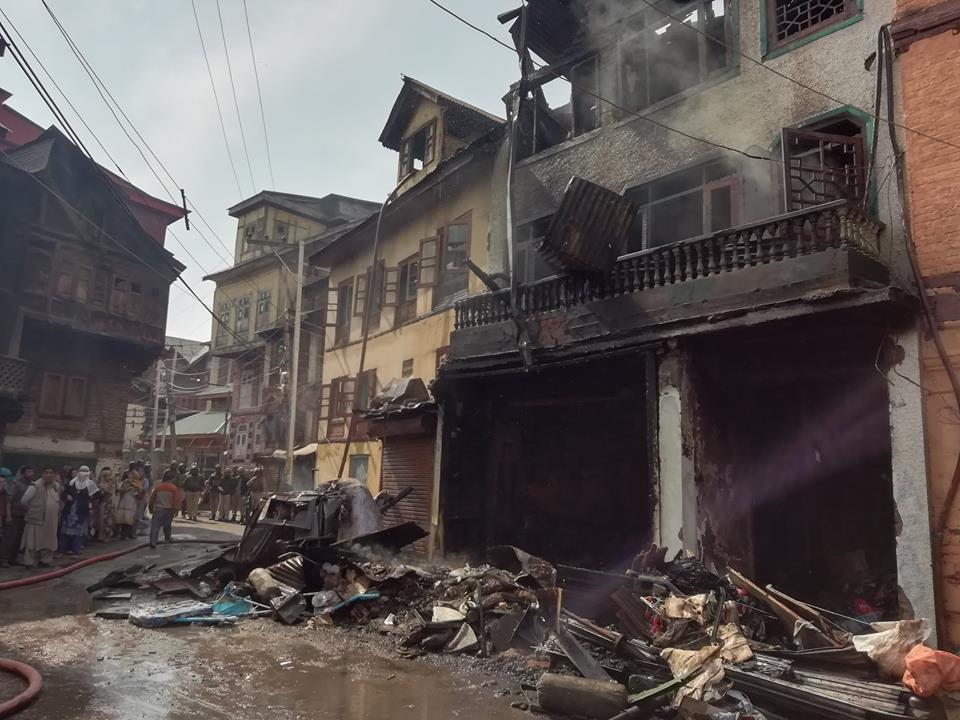 The house in downtown Srinagar where the operation took place, killing one civilian, a policeman, and two militants. (Photo: Facebook/Hakeem Irfan)

One civilian was killed in a gunfight between the police and militants in Srinagar, the capital of Indian administered Kashmir. Two militants and a policeman were also among those killed in the crossfire. With the situation in the city tensed, internet service has been suspended.

The killed civilian has been identified as Rayees Habibullah Sofi, son of the house owner where the militants were trapped, while the two militants, affiliated with the militant outfit Lashkar-e-Taiba, Mehraj-ud-Din Bangroo and his aide Faid Mushtaq Waza belonged to Fateh Kadal and Khanyar, respectively.

Since August, Indian forces have killed over 40 militants in similar counter-insurgency operations. Kashmir has witnessed a 167% increase in civilian killings in 2017-18, according to a report by the Indian home ministry.

Thousands of residents of the region attended the funeral of the fallen civilian and militants despite the curfew-like-restrictions imposed by the state to limit civilian movement and protests.

Police told media that the civilian was part of a group providing shelter and logistics to the militants, and the case is being investigated. They issued a statement that following a specific input regarding the presence of militants in Syed Ali Akbar area of Fateh Kadal, a cordon and search operation was laid by a joint team of police and CRPF personnel.

However, it has been alleged that the civilian was killed in cold blood. Shakeela Hanga, mother of the slain civilian told reporters that at around midnight, soldiers broke the main door and barged into their house. “We were very frightened, they (soldiers) started abusing and kicking all of us.” Her husband Habibullah Hanga collapsed due to cardiac arrest. Then the soldiers went upstairs and dragged one of her sons along. “He was beaten up ruthlessly. I could hear his screams, crying ‘what did I do?’ They then whisked him away in a jeep. In the morning at around 6 AM police told us to shift to another house while our house was razed to ground using ammunition,” Hanga added.

Media persons attacked by the police

Kashmir Press Photographers’ Association in a statement said that some of its members were beaten up and abusive language was used against them for performing their professional duties.

“Police officers behaved like ruffians. Some of the members of the fraternity have been injured. This is a simple case of highhandedness of the security forces. Some members have said that the thrashing happened right in front of the officers of the force. The journalist fraternity requests the state administration to take strong action with regard to this incident,” the Association said in a statement.

One of the pro-freedom leaders, Mirwaiz Umar condemning the killings said, “Two armed youth (militants) were martyred and the house where they were trapped razed to ground, while journalists and photographers were beaten (by the counterinsurgency forces). Amidst rejection by people, revenge and repression of authorities escalates, strongly condemn subjugation.”

Meanwhile, the joint resistance leadership has given a strike call on Thursday against the “killings, arbitrary arrests, destruction of homes and harassment of students and attack on journalists by the government forces”.