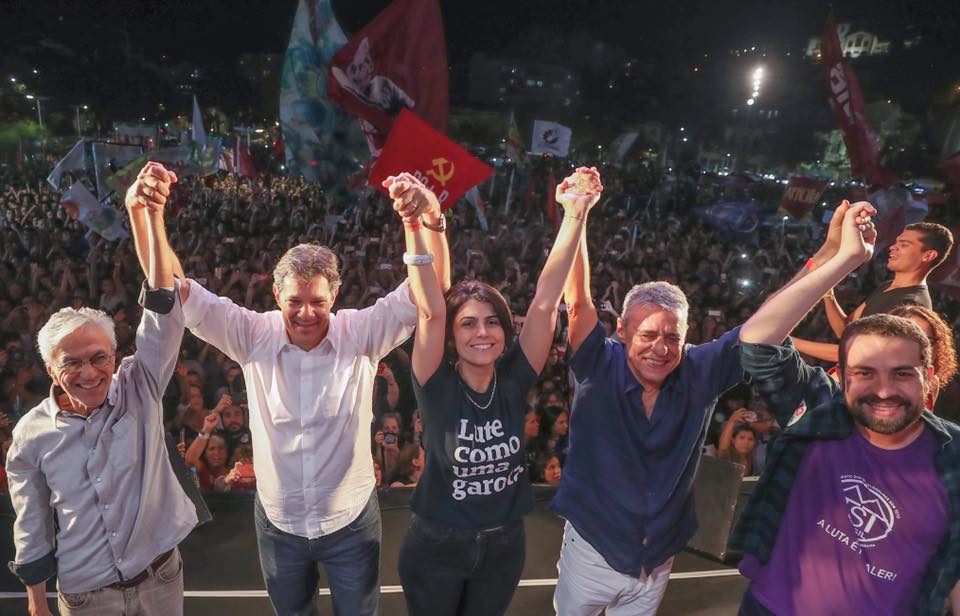 Far-right presidential candidate Jair Bolsonaro may be slightly suffering the impact of recent allegations that his supporters were spreading fake news and attack ads to influence Brazilian voters. A recent poll conducted by an institute said Bolsonaro had lost two percentage points while Workers Party candidate Fernando Haddad had gained two points ahead of the elections on October 28.

Last week, supporters of Bolsonaro were accused of spending up to 12 million reais ($3.2 million) to send attack ads against Haddad to millions of voters. Parties across the spectrum in Brazil demanded an investigation and if Bolsonaro were to be implicated, he could be disqualified as the practice is a violation of campaign funding rules.

The latest poll by Ibope Institute put Bolsonaro of the Social Liberal Party leading with 57% of the voting intentions while Haddad had 43 %.

The campaign in support of Haddad continues to gain momentum. On October 23, almost 70,000 people gathered in support of the Workers Party candidate in Rio de Janeiro. Haddad assured the crowd in Rio, “Sunday we are going to win the elections, I have no doubt that this will turn around!”.

He concluded by saying, “The times that we are living in, five days is a lot of time to turn this wave of positive energy. We will win this election and more than that, we will deeply understand the meaning of this victory to know how to [conduct] dialogue and rescue the dignity of the people and their confidence in democracy, institutions, the political class and their own destiny. You all are invited to participate in this future, on the side of democracy and of rights”

Meanwhile, 69 soccer fan clubs and anti-fascist collectives overcame team rivalries and released a manifesto on October 22 declaring their support to Haddad and the necessity to fight for democracy in Brazil. “It is immensely important that we have clarity and dialogue to position ourselves in this moment in the name of democracy and freedom! Otherwise, all of our dreams and struggles will have been in vain. This is why we support, in the second round, the candidacy that represents the survival of democracy. We are in a struggle of democracy against authoritarianism!”

The survey also revealed that the percentage of voters who declined to vote for Bolsonaro increased from 35% to 40%.  Of the total 210 million population of Brazil, around 147 million are registered voters. The first round of elections saw Bolsonaro win 46.03% of the vote and Haddad 29.28%.