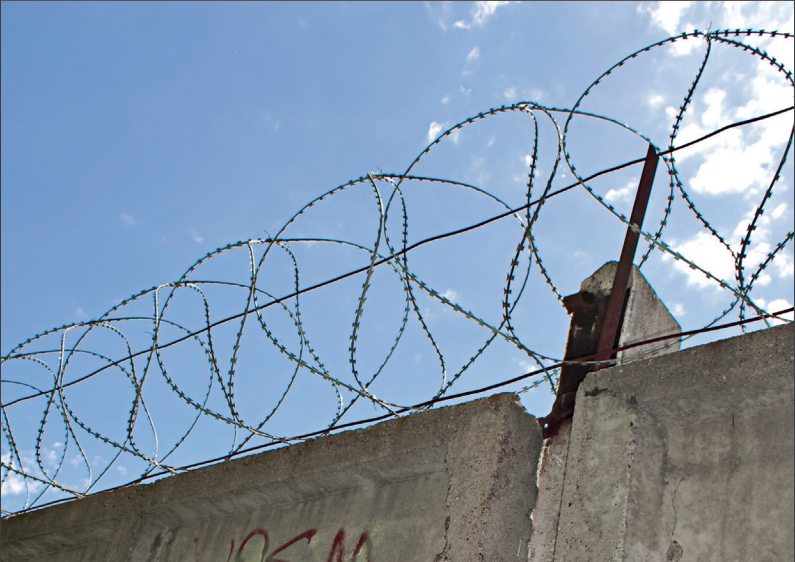 By last year, when a total of 68.5 million people were displaced due to armed conflict and violence across the world - about 25.4 million of whom were forced to flee from their countries - about 15 walls stood tall in their way to “safety” on European soil.

On November 3, 1989, the Berlin Wall was torn down to jubilation across the world in what was billed as the beginning of a ‘new era’, free from walls and restrictions on human movement. However, today, reality is much different. As of June, 29 years since the 155-kilometer long wall was brought down in Berlin, close to 1,000 kilometers of walls stand tall around and inside Europe, according to ‘Building Walls: Fear and securitisation in European Union‘ a report co-published by Delas Centre of studies for Peace, Transnational Institute (TNI) and the Dutch campaign against arms trade (Stop Wapenhandel).

In 1989, in his famous address a day after the collapse of the wall, German statesman Willy Handt had said, “We are seeing the parts of Europe growing together again.”  20 years later, then German president Horst Kohler glowingly remarked on how it was time to seize the opportunities to institute “a cooperative global governance which benefits everyone.”

However, behind all the rhetoric lay the truth of distress migration in a unipolar world where an unchallenged superpower increasingly destabilized regimes around the globe. By then, two new walls had already been erected by Spain on its Moroccan border. Morocco was and remains a transit route into Europe from countries in sub-Saharan Africa, north Africa and parts of West Asia.

By 2012, Greece erected a wall on its Turkish border, which was followed by Bulgaria. While up until that point, walls were aimed at stopping people from outside the continent, by 2015, European countries began putting up walls to prevent the entry of migrants from their neighbors in the continent.

Austria erected one on its border with Slovenia, which in turn put up another wall towards Croatia. Macedonia, afraid of the refugee flow from Greece, raised a wall between the two. The UK, worried about the refugees in the French port of Calais across the English channel, pressurized France to build walls around this port to ensure that the refugees do not cross the channel and arrive on the shores of southern England.

By 2016, the militarization of the French port was complete. A concrete wall with barbed wire on the top was built, border guards armed with riot-control equipment were deployed, and checkpoints to check passports and carbon dioxide detectors to catch refugees attempting to  make the crossing by hiding themselves in trucks were set up.

By last year, when a total of 68.5 million people were displaced due to armed conflict and violence across the world – about 25.4 million of whom were forced to flee from their countries – about 15 walls stood tall in their way to “safety” on European soil. 7 of these walls were built in 2015 alone, when conflict in Syria, Iraq and other north African countries had triggered waves of refugees. By making it impossible to reach Europe to exercise their internationally recognized rights as asylum-seekers, these walls, it is estimated, resulted in the death of 14,500 refugees.

Apart from these physical walls, there are many more kilometers of virtual walls erected by surveillance systems. Also erected are, what the report calls, ‘maritime walls’ as a result of increasing operations at sea. This marks a drastic shift in the nature of maritime operations which no longer seek to rescue refugees at risk of drowning but intercept them before they reach Europe, in order to prevent them from being able to apply for asylum in the first place.

The report states that “None of these European operations in the Mediterranean had the rescue of people as their principal goal. All the operations had the objective of eliminating criminality in border areas and slowing down the arrival of displaced peoples. Only one, Mare Nostrum, carried out by the Italian government, included humanitarian organizations in its fleets, and this was replaced by Frontex’s Triton operation with a smaller budget.”

Frontex, which the European Border and Coast Guard Agency, was formed in 2005 to ‘protect’ the European Union and the Schengen area from ‘illegal immigration.’ with a budget of 6.2 million euros, adjusted to current euro value. By 2017, its budget had grown to 302 million euros – which is an almost 5000% expansion in allocation.

Allocation for deportation operations rose from 80 million to almost 9 billion by 2013. In 2016 and 2017, 39 million and 53 million euros were allocated respectively.

This decline, however, can be explained by EU’s outsourcing of the task of stopping irregular crossings to countries bordering Europe – where systematic human rights atrocities are committed in the process of stopping refugee flow.

These naval and land operations to stop refugees before they enter Europe have continued, unabated by the fact that there has been a 95% decline in the refugee flow over the last three-and-a-half years.

The impact of xenophobia

These measures against refugees, it therefore appears, are less the result of any assessment of security threats and more a product of the hysteria generated by the rabidly xenophobic and racist far-right parties in Europe. These parties, economizing on working-class discontent with the EU-imposed economic policies, have trained their guns against immigration, which they argue, has been promoted by the EU.

Germany, Austria, Denmark, Finland, France, Netherlands, Hungary, Italy, Poland and Sweden, have relatively strong xenophobic parties which have been winning more than half a million votes since 2010, the report notes.

In Italy, Poland and Austria, such xenophobic far-right parties are in government. In 2017, the far-right Alternative for Germany (AfD), which until then did not have a single seat, acquired 94 seats in the German parliament, with a vote-share of 12.6%. Except in the case of Finland, all the far-right parties in the above mentioned countries have expanded their parliamentary representation. Fearing loss of more votes and seats to such parties, centrist parties, like that of German chancellor Angela Merkel’s, for example, are moving to the right, trying to please anti-immigrant sentiments in order to stay in power.

Such has been the stoked up fear that even NATO, which was originally meant to ‘protect’ western Europe from Soviet aggression, is now out into the waters to ‘protect’ Europe from refugees fleeing for their lives on overcrowded boats.

When the inflow had hit its peak in 2015, the defense ministries of all 28 European Union member states approved a request by Germany, Greece and Turkey to have joint patrol operations on the Aegean Sea with NATO vessels. Frontex, NATO and the coast guards of  Greece and Turkey have since been patrolling the seas, monitoring the movement of ships and boats, in order spot those used by the mafia to smuggle migrants and destroy them.

“In no case does the operation include rescue, beyond the obligation stipulated under international law,” the report states. That is to say, the purpose of the patrol is to search for smugglers, and not for those lost in the sea or for capsized boats. Should it so happen that patrols spot people drowning in the sea, they are obliged under international law to rescue them.

However, in violation of the EU protocols which stipulate that people thus rescued must be transported to the nearest European country, the rescued are instead transported to Turkey, where the human rights atrocities committed in the process of ensuring that migrants do not try to cross into Europe are well-documented. Now, NATO and its collaborators are engaged in training the Libyan coast guard, who are known to have tortured refugees in the past.

“Collaboration with NATO to deal with migratory flows sets a dangerous precedent, since a military organization intervenes to deal with social issues and, moreover, this is not included among its functions. This is a major militarization of the issue of migrants”, the report warns.

In conclusion, the report asks, “Do we want to live in a world surrounded by walls? Now more than ever, displaced people bring a heart-breaking message: more and more people are fleeing violence and global economic inequality. By walling ourselves means we do not allow the message to reach us and therefore we cannot mobilize ourselves to change the situation.