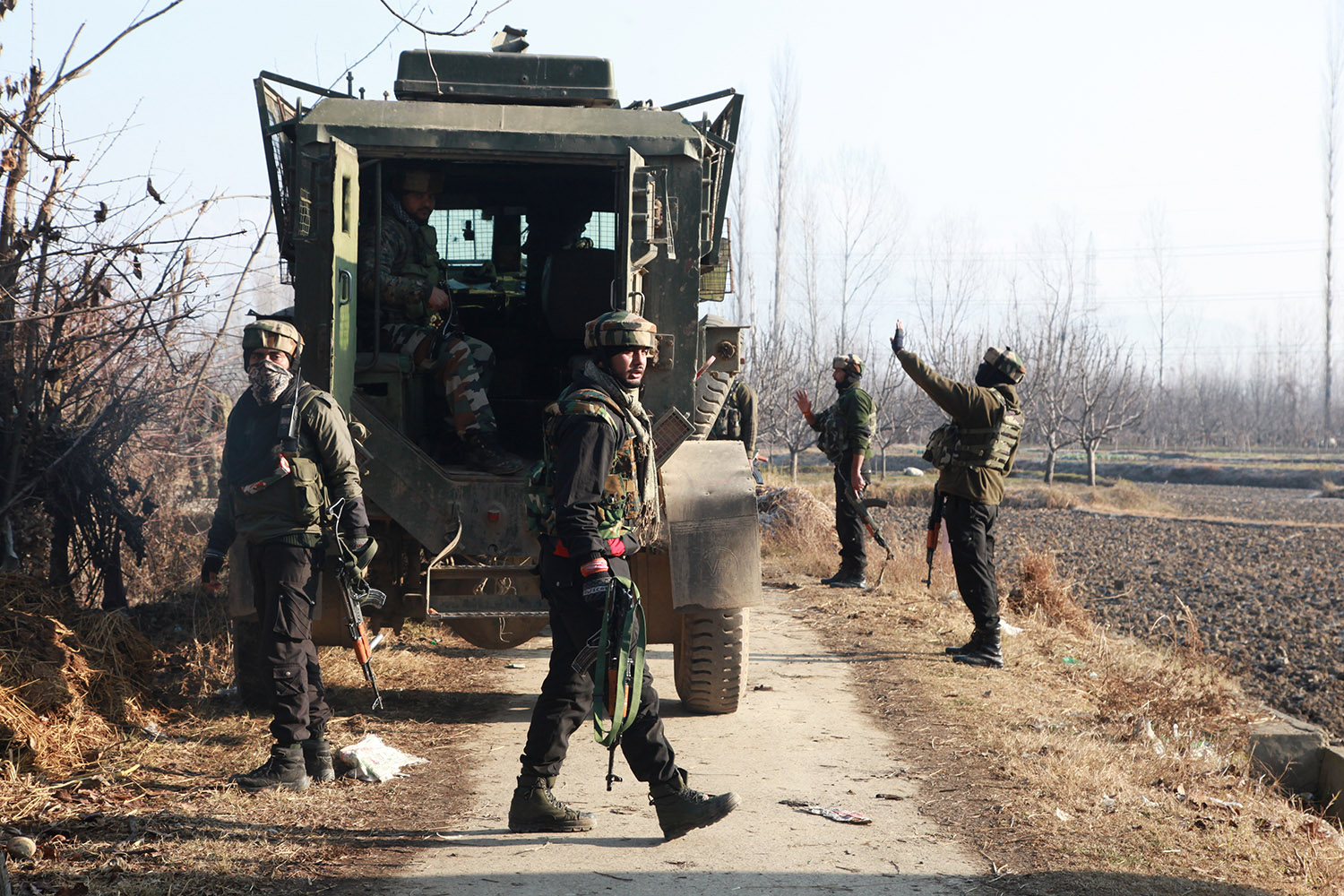 Seven civilians, three militants and an army trooper were killed during an ambush led by the government forces on Saturday in South Kashmir’s Pulwama district.

At the crack of the dawn, a joint team of 55 Rashtriya Rifles (RR) – a wing of Indian Army, Special Operation’ Group (SOG) of Jammu and Kashmir police, and a Central Reserve Police Force (CRPF) unit reportedly led an ambush in the Kharpora Sirnoo village of Pulwama district.

Forces were acting on a tip-off about the presence of the militants in the village. The gunfight started soon after forces established contact with the trapped militants.

As per reports, soon after the news about the gunfight spread, people took to the streets to protest against the ambush. To disperse the protesters, the forces allegedly used pellets, tear gas canisters and live ammunition. In response, protesters pelted stones onto the forces which led to the clashes near the encounter site, as per reports.

An eyewitness, while speaking to Indian media outlet Newsclick, said that mostly youth were protesting at the spot, and within no time, forces fired live ammunition directly at them. Many people were injured during the clashes.

More than 20 people were injured during the clashes who have sustained mostly bullet injuries, while nine were critically injured.

Subdistrict hospital of Pulwama was flooded with injured patients. Seven civilians were declared brought dead; most of them had bullet injuries in the head.

The killing of the civilians intensified the clashes in the area leading to more injuries.

Locals alleged that people, who were carrying the injured, were stopped by the forces, and were beaten up.

A local told Newsclick that while he was heading to the hospital carrying Aamir Ahmad – who had been injured – forces stopped the vehicle, and started beating them. Somehow, they managed to escape, he said.

Aamir, a resident of Ashmandar village of Pulwama district, died on the way to the hospital.

One of the two civilians killed – during action against protesters at Sirnoo area of South Kashmir’s Pulwama district – was an MBA graduate from a university in Indonesia.

The slain, Abid Hussain Lone, had also married in Indonesia, and had a three-month-old baby. He had reportedly returned home last year along with his wife from Indonesia to join his family. He is survived by mother, a retired government school teacher, and his brother, who is presently pursuing MBA in Bangalore.

During the 25-minute gunfight, three militants and one Indian army trooper were also killed.

A top police official identified the three militants as Adnan alias Tahir Hizbi, a resident of Karimabad, Bilal Ahmad alias Hashim, a resident of Rajpora, and a former army man Zahoor Ahmad, who reportedly has deserted the army ranks, to join militancy.

Meanwhile slain army trooper’s identity could not be ascertained immediately.

Joint Resistance Leadership (JRL) -an amalgam of separatist outfits-has called for a three-day shutdown against the killings of the seven civilians.

Taking to social networking site Twitter Hurriyat (M) chairman Mirwaiz Umar Farooq wrote: “Bullets and pellets rain! As Govt of India has decided to kill Kashmiri’s through its #ArmedForces who control us, JRL and people will march towards Badami Bagh Army cantonment on Monday 17 Dec to ask GOI to kill all of us at one time rather than killing us daily.”

“From today onwards for three days mourning and complete protest strike will be observed all across Kashmir,” Mirwaiz tweeted.

Former Jammu and Kashmir Chief Minister Omar Abdullah said it is a “horrible day” and blood-soaked weekend in Kashmir.

Taking to social networking site Twitter, Omar wrote: “Another blood-soaked weekend in Kashmir. 6 protestors killed, 1 soldier killed in the line of duty. Together with the 3 militants from this morning’s encounter that’s 10 dead. Reports of many injured at the encounter site. What a horrible day!”

(This is article first appeared in Newsclick)